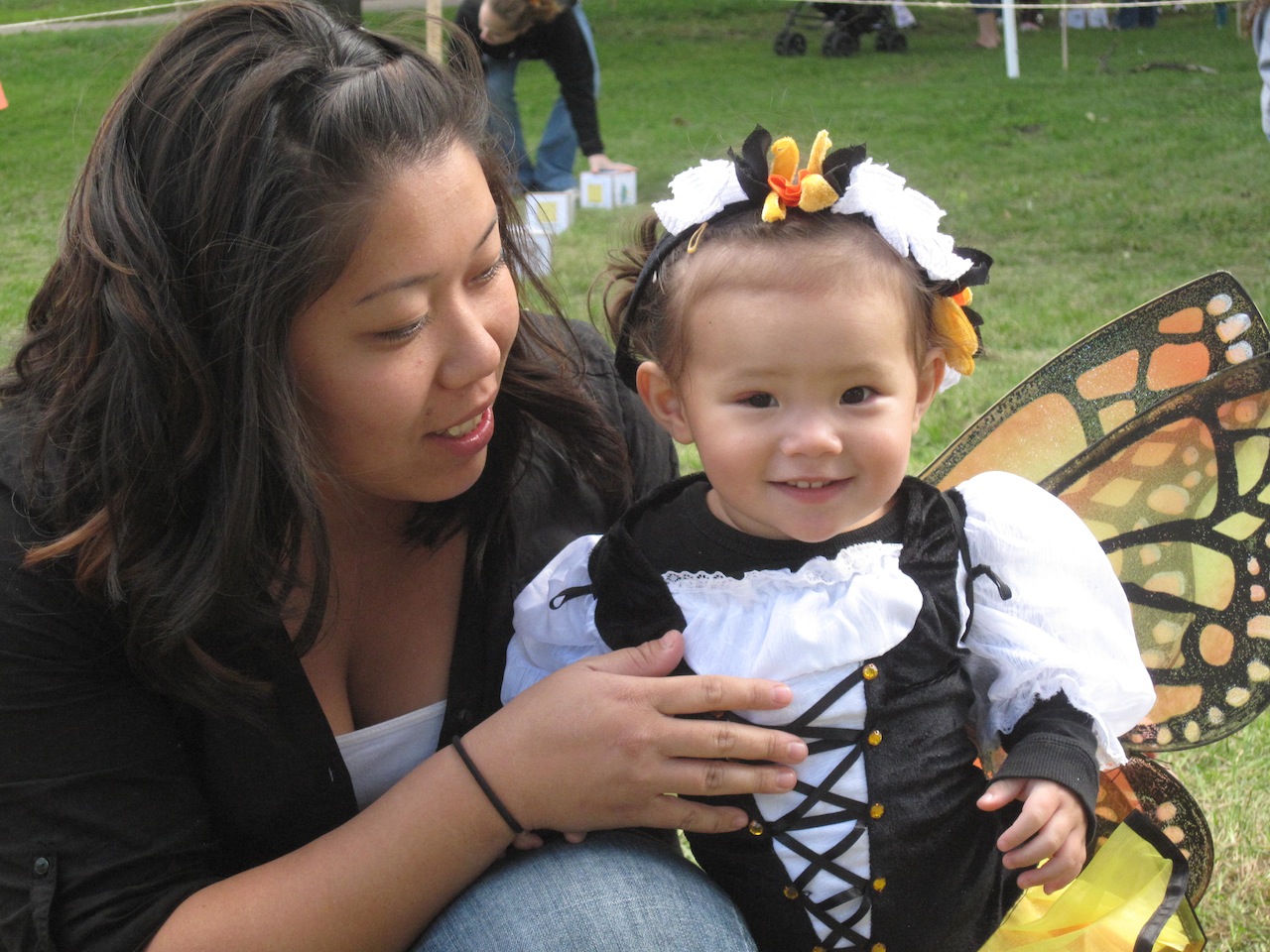 (All photos by Sheila Regan)

Hundreds of children and families gathered on September 11 by the Nokomis Naturescape Gardens on the northeast shore of Lake Nokomis for the Minneapolis Monarch Festival. The event, sponsored by the Minneapolis Park and Recreation Board, the Nokomis East Neighborhood Association and Community Celebration of Place, included lots of arts activities for kids, music, dance performances, and opportunities for both children and adults to learn about our state’s official butterfly- the monarch.

Artist Douglas Padilla, of Grupo Soap del Corazón, said he remembers growing up in St. Louis Park and seeing 50-60 monarchs in his backyard at one time.  As he grew up, however, seeing monarchs became a rarity.  He credits a green revival for bringing back the orange and black butterflies to Minneapolis.

According to The Monarch Festival’s website, the uplands of what is now Minneapolis was covered in prairie grasses, wildflowers, and scattered oak trees before 1850.  Now the oak savanna plant has become very rare, with only 1% of Minnesota’s original savanna plant remaining.  12 years ago, native plants and grasses were planted near Lake Nakomis through a program called Naturescape.

In 2005, Naturescape was awarded a grant by the National Science Foundation to promote the organization and they initiated the Growing Monarch Habitat to make the connection between native plants and essential habitat, and to inspire residents to plant natives at home and conserve native plant habitat.  The Naturescape is now an official Monarch Waystation and National Wildlife Federation Backyard Habitat Site.

Kids and families got to do all sorts of learning activities such as the one run by the U of M’s Monarchs in the Classroom (http://www.monarchlab.umn.edu/) project (who distributed live monarchs for people to tag and release for $1).  They could also make butterfly kites with an organization called Mentoring Peace through Art or create steamroll prints at the booth operated by Artorg  and Grupo Soap del Corazón with artists Savita Bettaglio, Peter Morales, Luis Ornelas and Douglas Padilla.  Dave Machacek of Artorg said that nearly 300 people made prints at the festival, which is the most that the organization has made in one day since they started going to festivals and libraries three years ago.

Much of the music and food celebrated the Minnesota- Mexico connection, with plenty of Mexican food offerings and performers such as the KetzalCoatlicue Mexican Aztec Dance, and Los Alegres Bailadores.  Other performers included Mariachi Estrella, Larry Yazzie, Pap John and the Hot Club, Tonia Hughes Band, Larry Long with Ricky & Billy Petrson, Joe Savage, and Fiddlin Pete, and the Tropical Zone Orchestra.  There was also a 5K Run for the Monarchs and a Kid’s Butterfly Fun Run and canoe tours.

If you want to find out more information about monarchs, or about how you can be involved in a citizen science project tracking the progress of the monarch butterflies, a good place to go is the U of M’s Monarch Lab, which has lots of information and activities you can do at home or in the classroom.