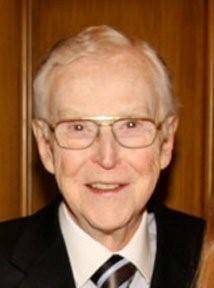 FULL DISCLOSURE: Mary Treacy is the executive director of the Minnesota Coalition on Government Information (MNCOGI).

Chief Justice Eric J. Magnuson has presided over the court during hearings on complex access issues ranging from cameras in the courtroom to the famously open recount in Minnesota’s 2008 U.S. Senate election.  Magnuson is known as an articulate proponent of openness in the judicial system.

Anfinson, born to a family with printer’s ink their veins, is publisher and owner of the Swift County Monitor-News, based in Benton, MN.  A recognized proponent of open government Anfinson writes frequently about Minnesota Open Meeting Law, the Data Practices Act, and the impact of technology on a free press.  In 2012 Anfinson will become president of the American Newspaper Association. He currently serves on the organization’s national board.

FOI Day is celebrated at the national level by a host of organizations. The annual event is set for March 16, the birth date of James Madison, know for his observation that:

A popular government, without popular information, or the means of acquiring it, is but a prologue to a farce or a tragedy; or perhaps both.  Knowledge will forever govern ignorance; and a people who mean to be their own governors must arm themselves with the power which knowledge gives.

MNCOGI began in 1989 as an ad hoc network of advocates committed to open government is now a mature nonprofit organization active in state and national efforts   In July 2009 the MNCOGI hosted the National Summit of the National Freedom of Information Coalition.  The state initiative mirrored developments at the federal level.