The first Northeast Minneapolis celebration of the Independence of Ecuador will be held Saturday, Aug. 10, 11 a.m.-8 p.m. on Central Avenue from 22nd to 24th. According to a news release from La Kalle retail store, the street will be closed to traffic and a detour will be available. 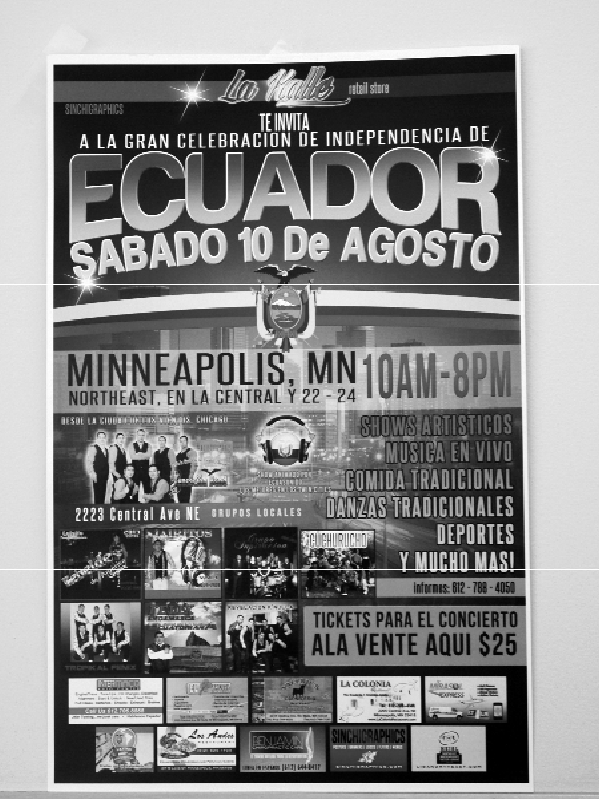 There will be live music, traditional food for sale on the street, folklore dance, volleyball, indoor soccer and much more.

About the independence of Ecuador from Spain, quoting Wikipedia:

“After nearly 300 years of Spanish colonization, Quito, Ecuador was still a small city of only 10,000 inhabitants. It was here, on August 10, 1809, that the first call for independence from Spain was made in Latin America, under the leadership of the city’s criollos like Juan Pío Montúfar, Quiroga, Salinas, and Bishop Cuero y Caicedo. Quito’s nickname, “Luz de América” (“Light of America”), comes from the fact that this was the first successful attempt to produce an independent and local government. Although it lasted no more than two months, it had important repercussions and was an inspiration for the independence movement of the rest of Spanish America.”