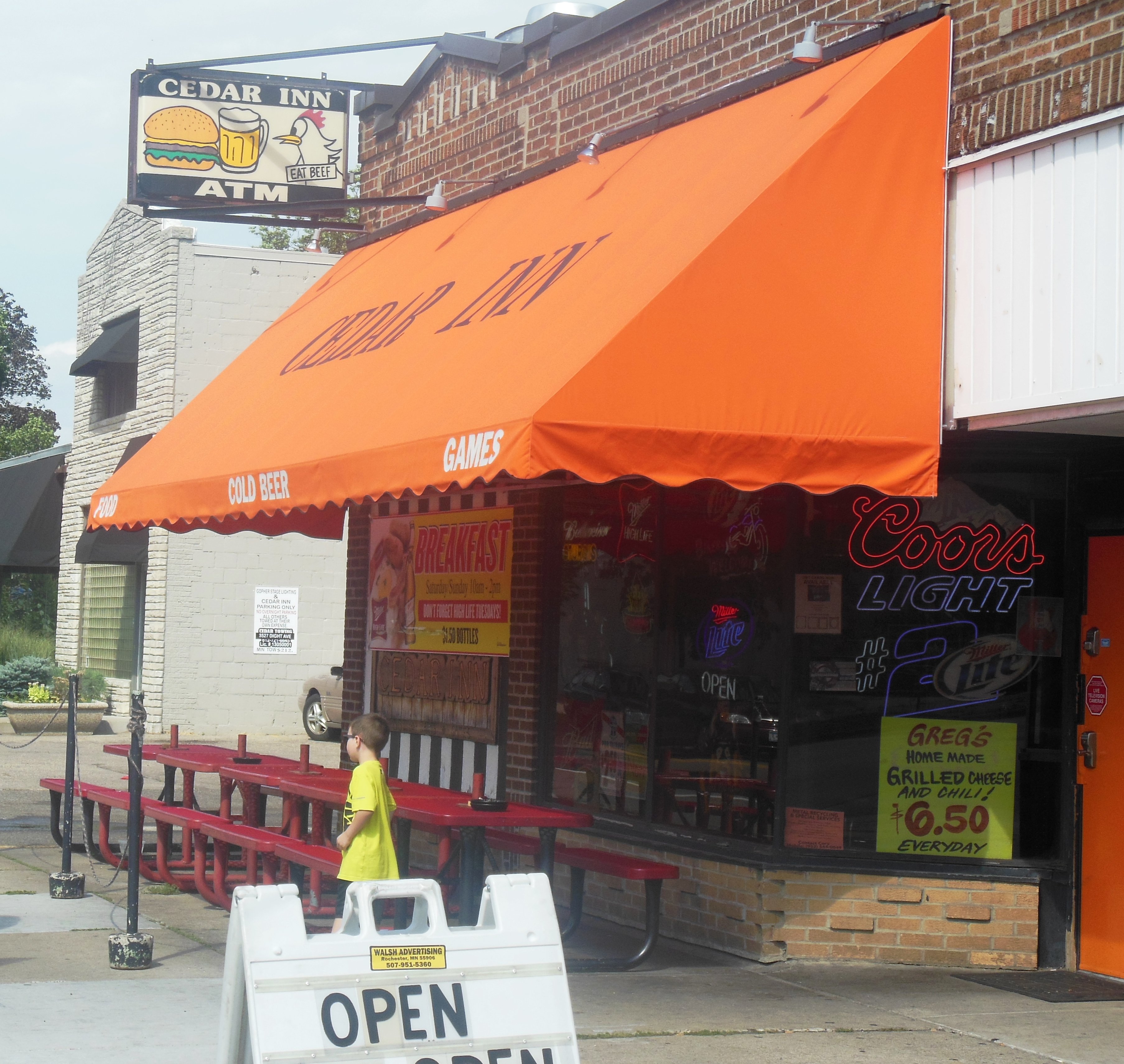 I walked past the patio and through the door of the Cedar Inn (4155 Cedar Ave. S.) at 2:00 p.m.on a weekday, dodged around a few tables full of families with their kids, and went to the bar to meet Greg Behl. Greg is not the owner of the Cedar Inn; he is much more than that—he is the person who makes it run. Greg has been coming to the Cedar Inn for more than 20 years and has seen at least five owners come and go. This is his neighborhood bar. He lives across the street and has lived in the neighborhood his whole life.

Greg certainly knows bars; they’ve been his business since the 1970s, when he worked in a disco joint. Since then he’s worked in just about every local bar at some point, including the Cardinal. He even owned his own bar, called the Duck Inn, for a while. When his good friend Bruce Boe took over the Cedar Inn five years ago, he told Greg to run the place, do what he needed to do, and keep it going. Bruce is a full-time welder, who lives near Mystic Lake Casino. Bruce even printed the Cedar Inn’s business cards to read “Owner Bruce Boe; Righthand Man Greg Behl.”

Greg says he’s brought three times more business into the Cedar Inn since being put in charge, and he’s invested back into the space itself. The walls and ceiling have been redone, as well as the plumbing and the bathrooms. The awning was replaced in the Cedar Inn’s new signature orange with the help of a façade improvement grant from the city of Minneapolis (through Redesign, a nonprofit development organization). The bar now has a racing theme to go with the sports emphasis. The Cedar Inn sponsors at least 10 local league teams, from baseball to broomball, pond hockey to kickball. All Greg asks of his sponsored teams is that they come over to eat after a game. 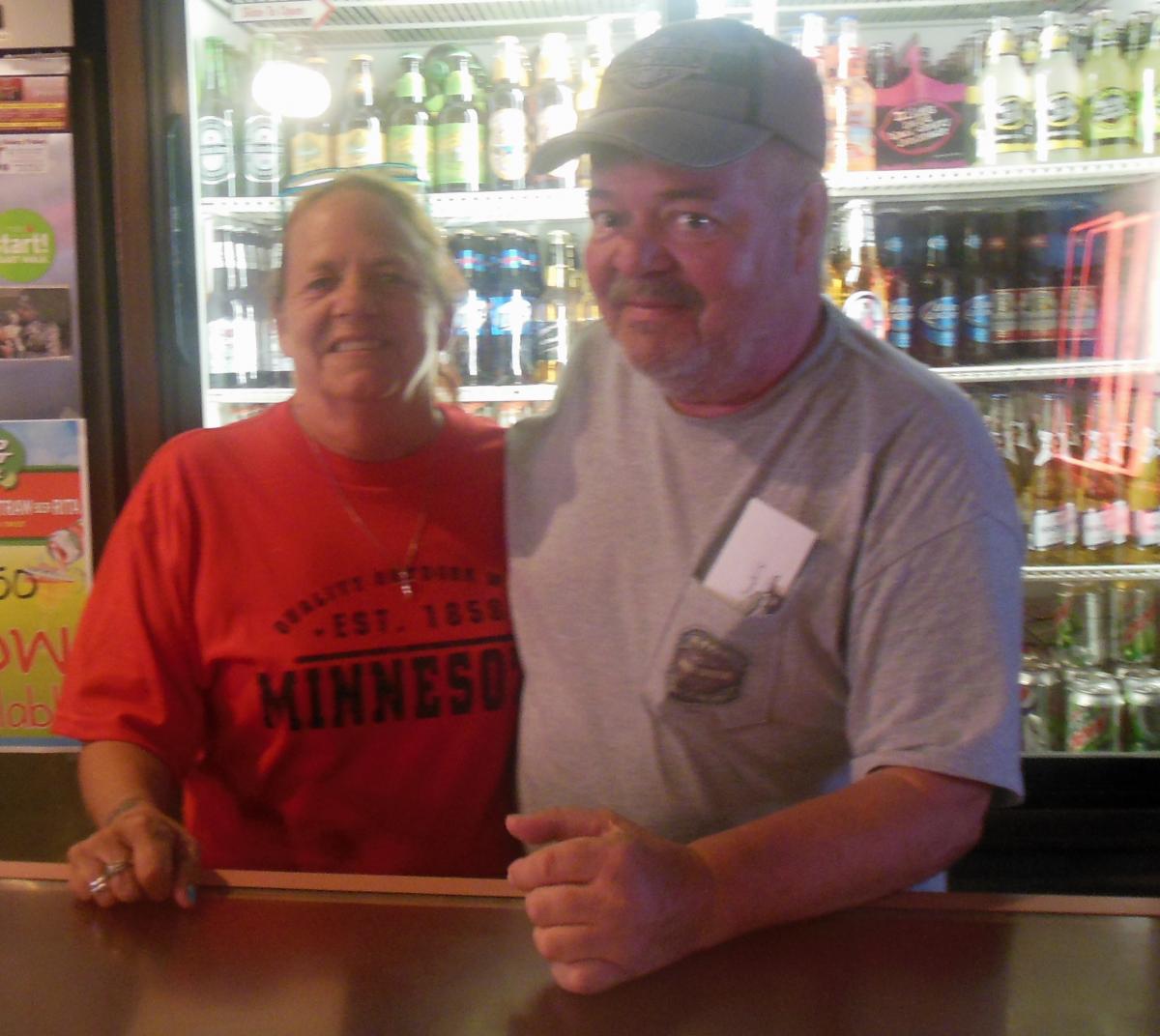 When I asked Greg what made the Cedar Inn unique, he told me it was the people. The customers bring their families, friends, or teams to have a good time. Children are allowed any time before 8:00 p.m., and there are arcade games for them (and for anyone who’s a kid at heart) to play. The Inn has a digital jukebox and a karaoke machine, which can be used for parties. Greg says fun is a part of everything they do in the bar. He encourages this fun with his teasing of the staff and regulars and with his vast repertoire of jokes. He told me two of his jokes during the interview, neither of which I can print in this family newsletter.

Apart from jokes, the Cedar Inn offers a selection of “strong beer and wine” but not hard liquor. It serves lunch and dinner seven days a week, with breakfast on weekends, and stays open late. Most notable among the foods are the chicken wings and Greg’s chili, made by Greg and based on his mother’s recipe (Greg promises me it’s not spicy). The menu also includes hamburgers, tater tots, and chicken strips.