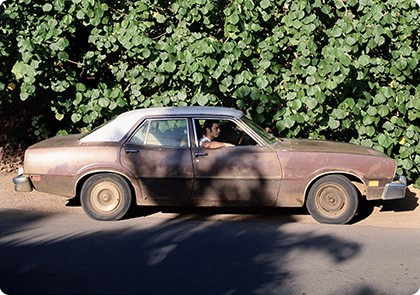 My brother David, who lives in Oregon, has a decrepit 1989 Volvo station wagon with 230,000 miles on it. It’s worth practically nothing and costs a lot to keep running, so he considered trading it in for $4,500 under the federal Cash for Clunkers program.

No such luck. As David, an ardent environmentalist with conservative sensibilities, relates, “Unfortunately, I was responsible when I purchased the Volvo. It gets ‘good’ gas mileage, rated at 21 MPG combined when new [too efficient to qualify for the program]. People who bought vehicles with far lower MPG – irresponsible people, in my opinion – are getting help from our government to buy new cars.

“Why do we reward bad behavior?” he adds. “We have bailed out bankers, Wall Street execs, car companies, people who bought houses they could not afford and people who bought gas-guzzling vehicles. Where is the stimulus package for responsible people?”

Good questions, Bro. They point up the decidedly mixed blessings of the government’s multi-trillion-dollar efforts to ward off a reprise of the Great Depression. Some of them may appear to be little more thoughtful or equitable than Federal Reserve Chairman Ben Bernanke’s tongue-in-cheek suggestion that even dropping cash from helicopters would help plug the hole in the U.S. economy left by the crash in asset values.

At $3 billion, Cash for Clunkers is a mere drop in the rust-bucket compared with the financial and auto industry bailouts. But it is clearly the most popular stimulus plan yet, spurring stampedes of buyers to previously deserted showrooms. And that has sparked a much-needed rebound in auto manufacturing, with Ford boosting production 18 percent and more than 10,000 GM workers cashing overtime checks.

What’s more, getting 700,000 sub-18 MPG gas hogs off the road – replaced in most cases by cars rated at least 10 miles per gallon better – will improve the fuel efficiency of the U.S. fleet and may ease demand for foreign oil. That alone could produce economic gains, although the environmental benefits may be illusory at best.

That’s because if motorists switch from gas guzzlers to sippers and then reward themselves by driving more, there may be little actual reduction in greenhouse gas emissions. Besides, as Macalester College Prof. Sarah West and other economists have persuasively demonstrated, it’s the miles, not the gallons, that ring up the most economic and environmental “externalities” of driving – costs imposed on society by drivers but not borne by them. That leads to inefficiencies that hurt U.S. competitiveness in world markets.

Speaking of inefficiency, the government’s balky system for reimbursing clunker payments has drawn howls of protest from auto dealers even as the program has kept many of them in business. It’s become another argument against expanded government involvement in, say, health care, even though federal Medicare operates much more cost-effectively than most private medical insurance.

Still, the sudden drawdown in vehicle inventories brought on by Cash for Clunkers has been like a sugar rush for the auto industry, its suppliers, employees and local communities. Whether that will fade into a painful hangover of sales falling off a cliff with the end of the program this week remains to be seen. But the economic forecasting wizards at IHS Global Insight have just raised their U.S. gross domestic product growth projection for the second half of 2009 from 0.9 percent a month ago to 2.2 percent now.

“The surge in demand [from Cash for Clunkers] is depleting supplies of popular vehicles and manufacturers are raising their production plans in response,” said Nigel Gault, IHS chief economist.

Meanwhile, brother David, who is currently unemployed, remains stuck with his old Volvo while the owners of Chevy Suburbans are getting government-subsidized Toyota Priuses. It may not be fair, but at least it’s boosting the battered economy and changing what David calls the bad behavior of the irresponsible.

As programs go, we could do a lot worse.