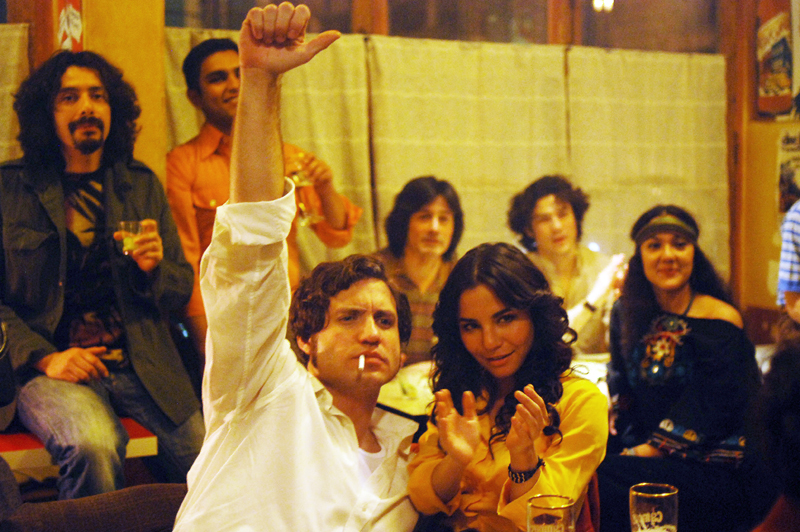 Since the start of October, the Walker Art Center has been presenting a retrospective on French filmmaker, Olivier Assayas, and last Wednesday, Assayas was present at the Walker for a conversation with Kent Jones, former Film Comment editor and associate director of programming at the Lincoln Film Society in New York and now a filmmaker and writer.

Assayas’s answers to Jones’s questions were funny and insightful for the most part, but a few times, Assayas gave some long-winded rambling answers that could have been summed up more quickly. (It could have been fatigue on Assayas’s part, as he was traveling from Minneapolis to Los Angeles and then to London, all in four days’ time.) Assayas has directed some fine films over his 25 year career, including last year’s critical darling family drama Summer Hours and the vastly underrated 2002 film Demonlover, as well as his 2000 costume drama Les destinees sentimentales, all which have already screened at the Walker this month.

But as the retrospective ends this weekend, nothing can prepare you for the highlight of the series, Carlos, Assayas’s latest ambitious and enthralling film. Carlos is about Venezuelan international revolutionist and terrorist Ilich Ramirez Sanchez—better known as “Carlos the Jackal.” The film has a staggering running time of 330 minutes. Carlos originally screened out of competition at the Cannes Film Festival last May and then aired on French television as a three-part miniseries. Carlos recently screened on U.S. cable on the Sundance Channel for three consecutive evenings, and U.S. distributor IFC Films has released a condensed version of 140 minutes into theaters and on VOD, but the Walker has brought in the mammoth 5½ hour version, screening this Saturday and Sunday at 1 p.m. Carlos is absolutely a must-see.

Assayas’s largest canvas to date features the ideal actor to play Carlos: Edgar Raminez (Domino), who shines with arrogance, narcissism, and paranoia in what might be one of the best performances on the year. From his early beginnings to his ultimate unraveling later on, Raminez plays Carlos as a towering presence. At times it seems Carlos is a man among boys playing in a giant sandbox, as Raminez performs with brazen confidence. There should also be something said about how impressive the technical aspects of Assayas’s film are, with two different cinematographers, Yorick Le Saux and Denis Lenior, created a saturated look that encompasses the feel of the 1970s. It is stunning. Two editors, Luc Barnier and Marion Monnier, keep the complex narrative stable without ever losing the viewer, even when Carlos bounces to multiple locations worldwide with a script that has over 120 speaking parts in no fewer than nine different languages (Raminez alone speaking five languages). The film features some terrific supporting performances too. Carlos is a monumental film experience, right down to the perfection of its musical soundtrack, especially the use of New Order’s “Dreams Never End,” which could easily be translated to Carlos’s theme song. (Look for Erik McClanahan’s longer review of Carlos this weekend in the Daily Planet.)

If a 5½ hour film doesn’t fit into your weekend plans, you should still be able to find the time for two special Halloween screenings this weekend: the Trylon Microcinema offers four screenings of Nobuhiko Obayashi’s 1977 cult film Hausu on Sunday, and over at the Heights Theater on Sunday evening is William Castle’s 1964 camp classic Strait-Jacket, starring Joan Crawford as a convicted axe murderer who after 20 years is released from an asylum. Is she cured?