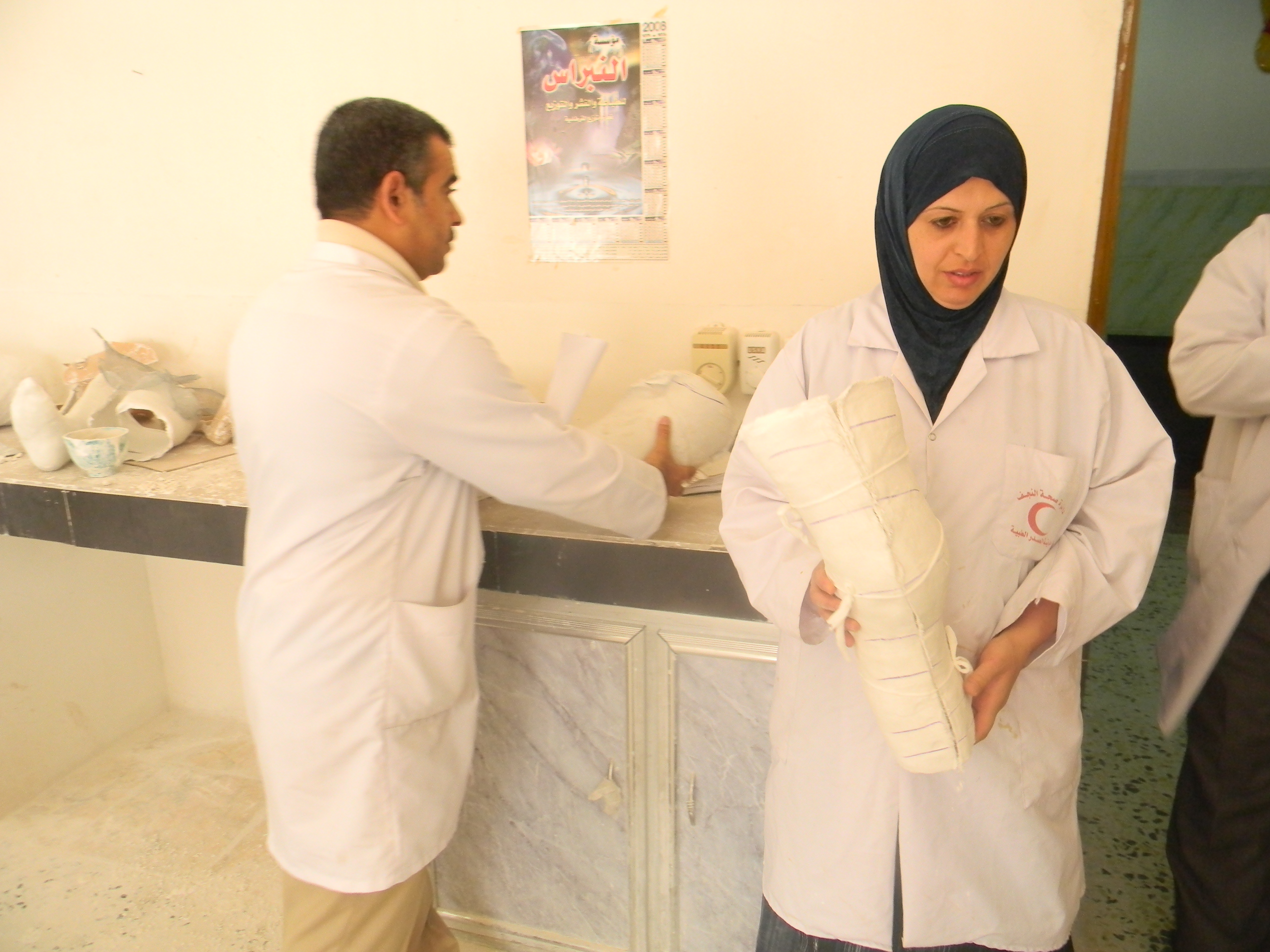 Since 2003, at least 100,000 Iraqi civilians have died as a result of the U.S.-led war. Some estimates put the number at over 1 million. Iraq’s “health has deteriorated to a level not seen since the 1950s,” seventy percent of children suffer from trauma-related symptoms, and there are perhaps five million orphans in Iraq–almost half of the country’s children.

During my first week in Najaf, Sami and I visited As-Sadr Hospital, the public hospital in Najaf. A number of doctors at the hospital will travel to Minneapolis this fall as part of the Sister City relationship between the two cities. Sami’s brother-in-law, Dr. Amer Majeed, met us at the hospital x-ray room.

The hospital was crowded. It is one of 18 hospitals that Saddam built across the country–one in each of Iraq’s 18 provinces. After 2003 it was renamed from “Saddam Hussein Hospital” to “As-Sadr Hospital.” Like all public hospitals in Iraq, treatment at the hospital is free. The hallways were lined with people sitting against the walls and waiting.

Dr. Majeed showed us the x-ray and ultrasound equipment and led us through the cancer center to a prosthetics and orthotics center. Last fall Sami’s organization (the Muslim Peacemaker Teams) and the organization I work for (the Iraqi and American Reconciliation Project) brought an Iraqi woman from Najaf to Minneapolis to receive new prostheses and physical therapy. Zainab Jawhar lost her left leg and right foot to an American missile in 2004–she is among the war’s “collateral damage.” Before coming to Minneapolis she had received several unsuccessful prostheses in Iraq and Iran.

The president of the center, Samir Eidan, greeted us in his office. We took a few photos with him and then a doctor, Jalaal Ali, asked us to follow him for a tour.

Dr. Ali explained and demonstrated the process of making a new prosthesis for a patient. He said many of their machines are out of date and they are constantly in need of more raw materials used to make the prostheses. Most of the machines and supplies were donated by either the Red Cross or Otto Bock (a German company). 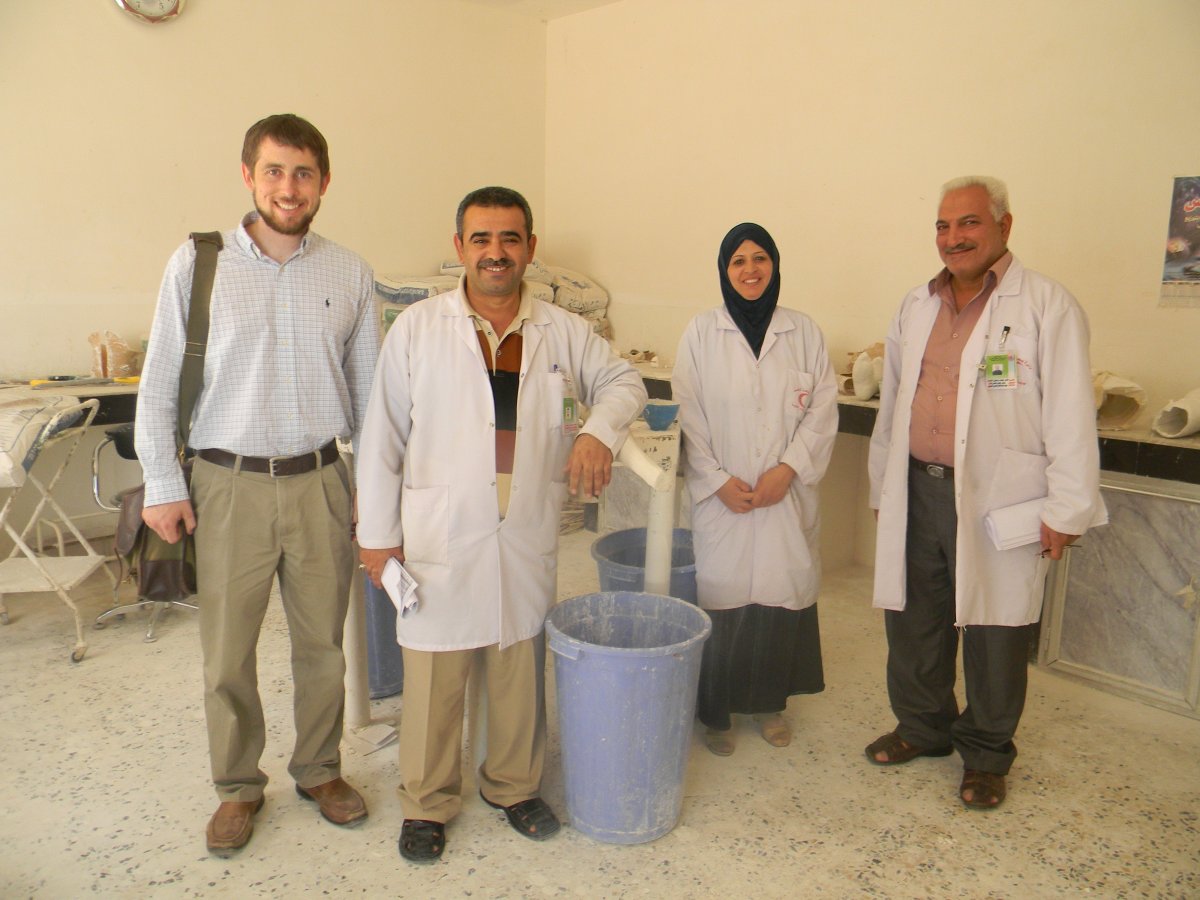 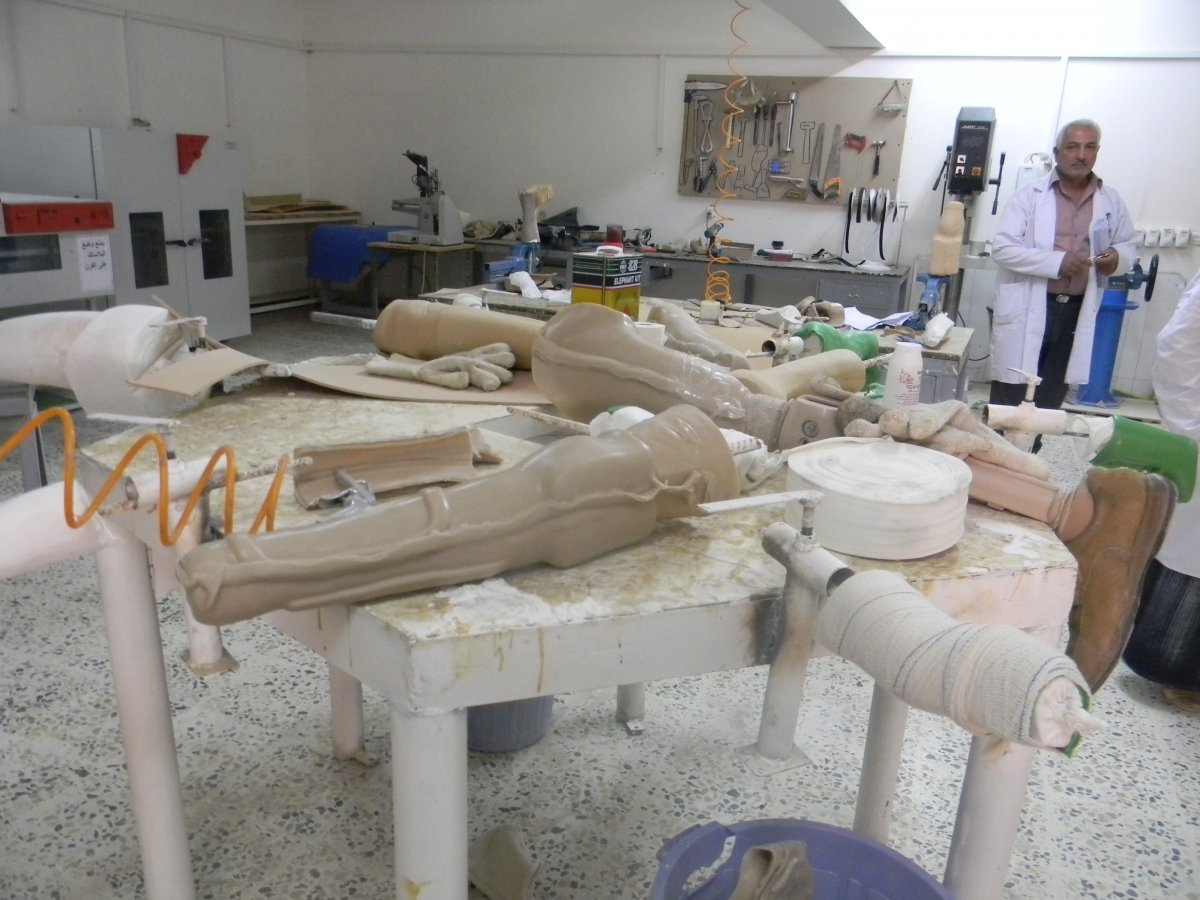 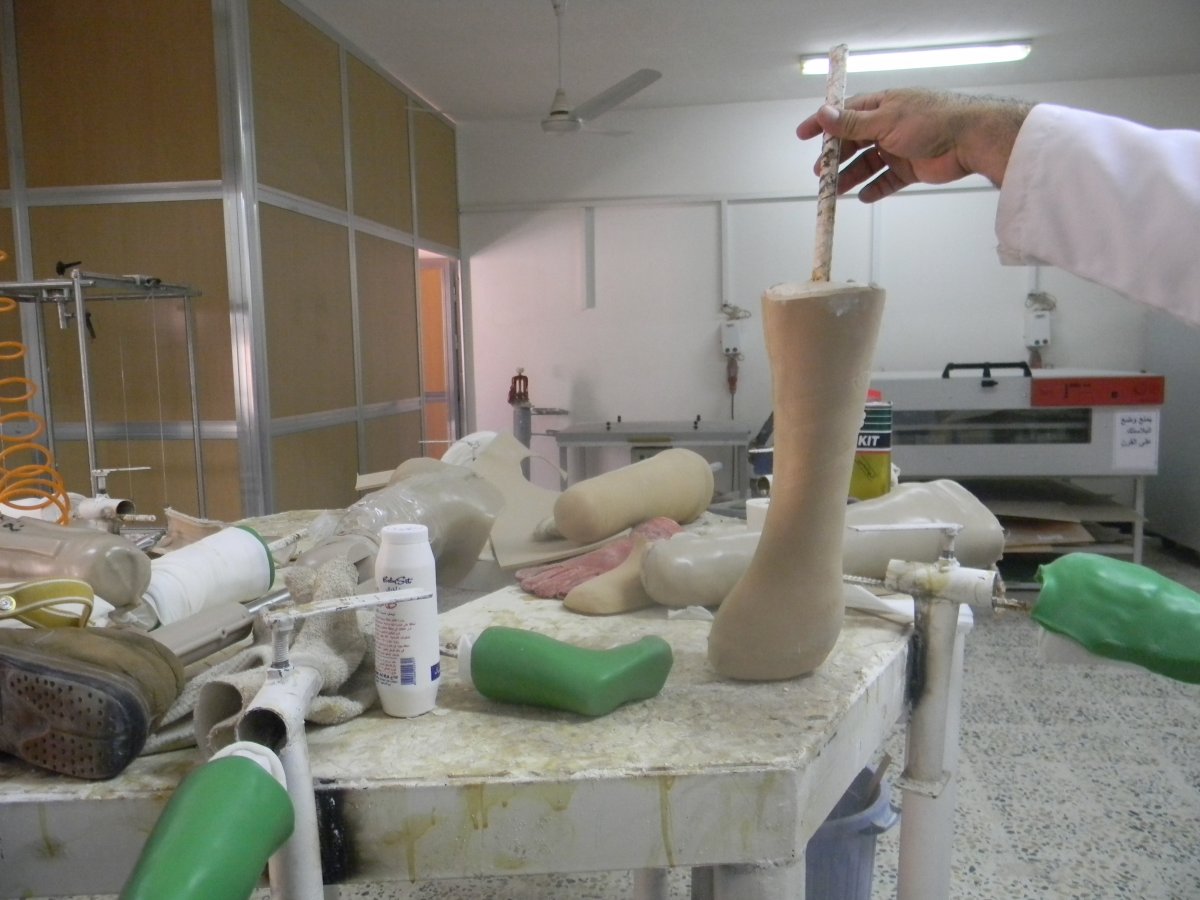 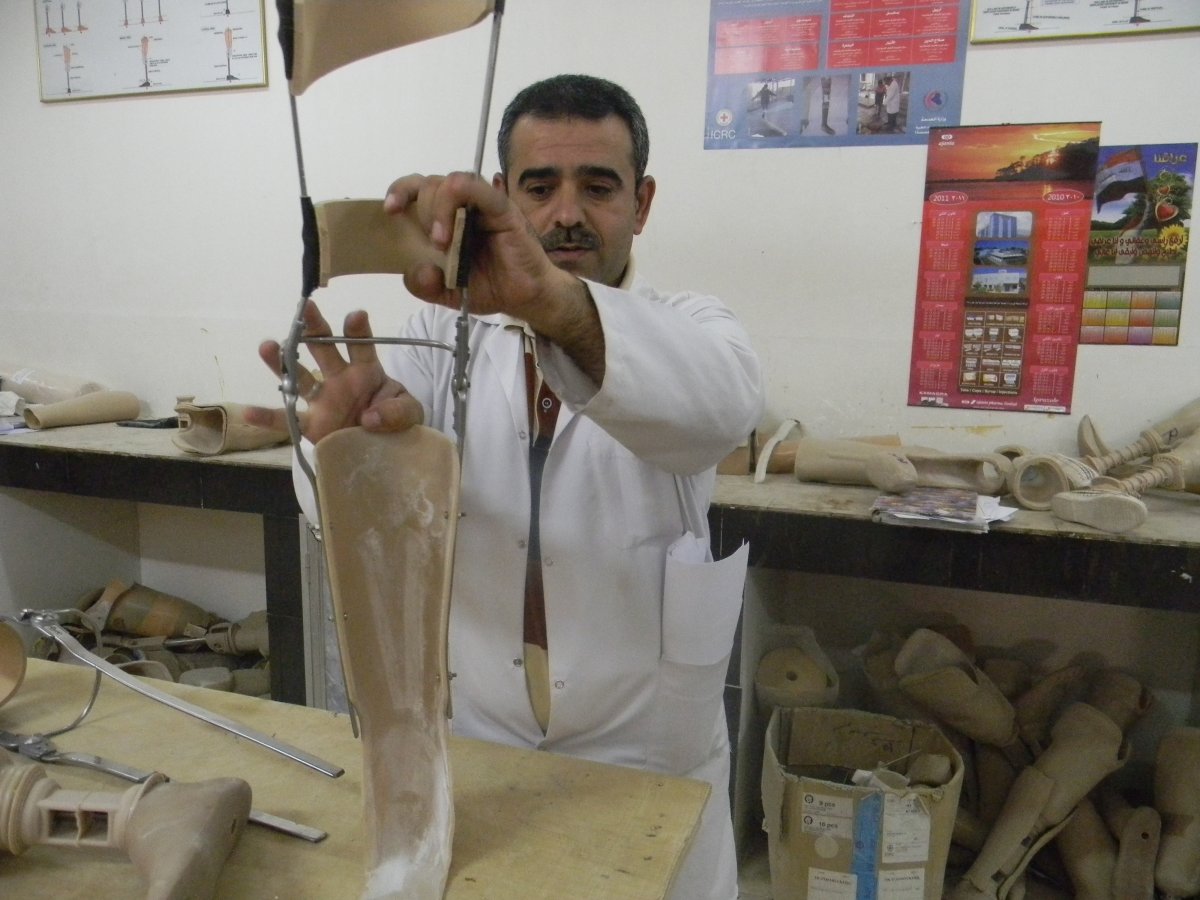 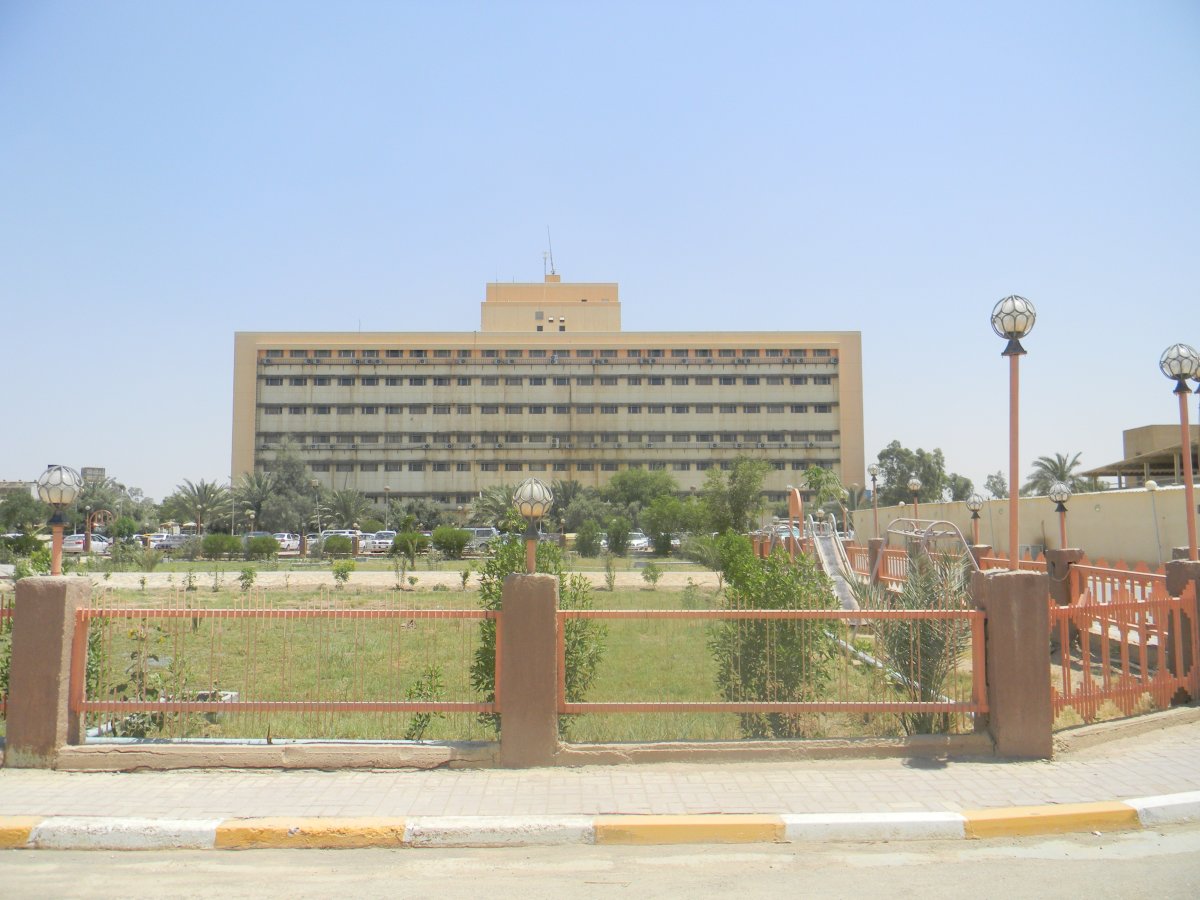 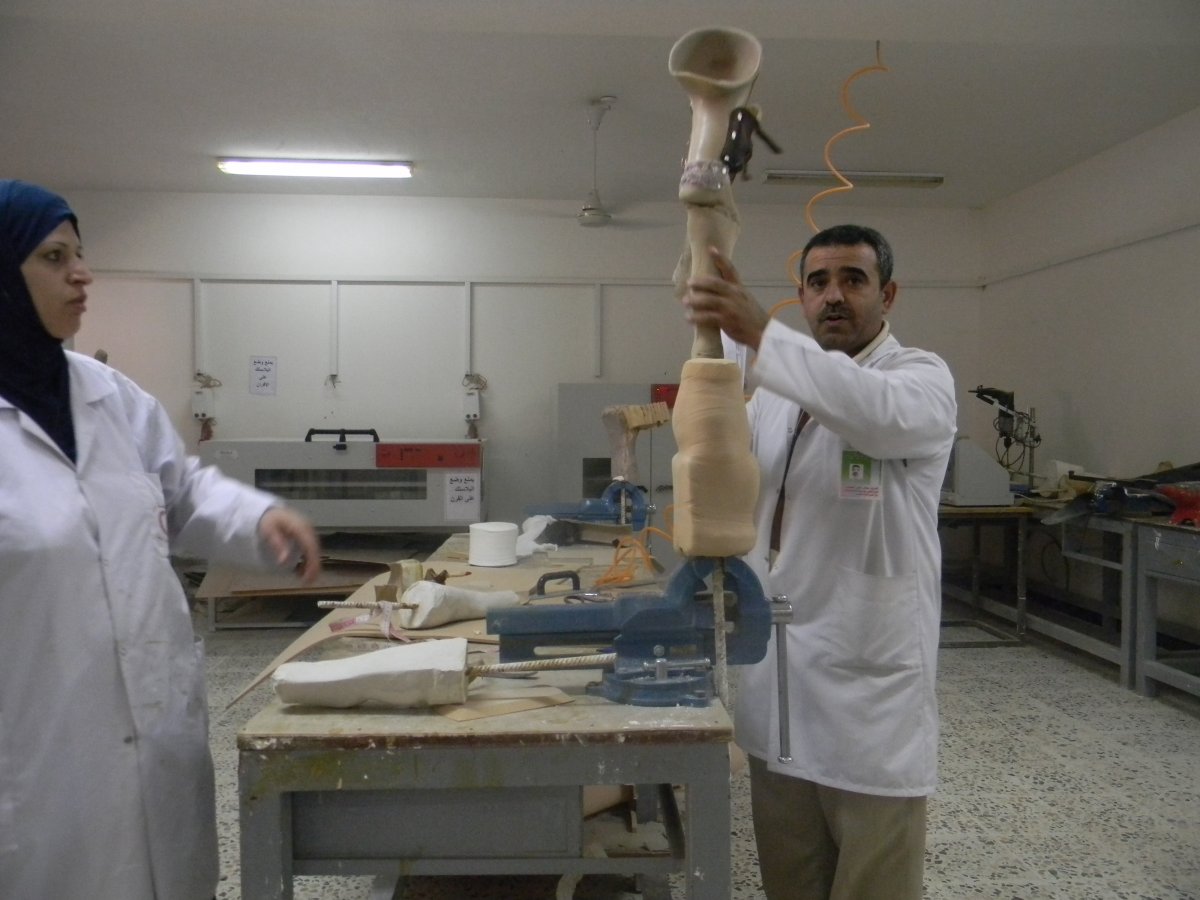 The center clearly provides a critical service to the large number of Iraqis who have lost limbs since 2003. As of 2008, an estimated 80,000 Iraqi civilians had lost limbs as a direct result of the Iraq War. Seeing the process of making prosthetic limbs reinforced the tragedy of the American-led war, especially for those caught in the crossfire.

A week and a half later, we drove to Nasriyyah to meet with two organizations partnering to provide heart surgeries to Iraqi children. We left Najaf on Thursday, July 7 around 10 am in a taxi we shared with two young Iraqi men, and arrived at Hussein hospital in Nasriyyah about 4 hours later. Cody Fisher, an American from California, met us on the second floor and introduced us to his colleagues from the Preemptive Love Coalition (PLC) and the International Children’s Heart Fund (ICHF). PLC and ICHF were in Nasriyyah for about 2 weeks to perform about 16 heart surgeries.

Besides Cody, there were a few other Americans and a number of doctors from around the world. Based in Suleymaniyyah, a city in northern Iraq, the two organizations occasionally conduct 2-week surgery trips to Nasriyyah. They work closely with the Iraqi government, which provides housing and security and helps them reach hospitals and cities that would otherwise be unavailable.

Cody told us about the important and inspiring work of PLC and ICHF and we talked about how our organizations could work together. Their medical mission trips provide life-saving heart surgeries and are funded, in part, by Americans. We talked about how this is a gesture of peace, friendship, and reconciliation.

I asked Cody about why so many Iraqi children need heart surgery (in Fallujah, for example, perhaps 15% of children are born with congenital heart disease). Cody said they are working with other international and Iraqi organizations to answer that question conclusively, but one obvious answer is Depleted Uranium (DU), which a number of studies have linked to an increase in birth defects. According to an article in The Guardian, between 1,000 and 2,000 tons of DU munitions were used by coalition forces during one three week period in Iraq in 2003.

That evening our taxi driver took us to Basra, where we spent the night and the following day before returning to Najaf.

Several times after the English class that I help teach, a young student, Amir, has brought a list of questions for me from his friends. Why am I here? What do I think about what my country has done to Iraq? What will I tell Americans when I return home? I answered that I am here to teach English classes because I believe respectful relationships are possible, that I feel sad and sorry for what my country has done to theirs, and that I will tell Americans about many things: the warm welcome I received, the Iraqi people’s hope for peace and an end to the occupation, and the “collateral damage” left behind by the war.

Iraqis have a strong will to rebuild their country, and organizations like PLC and ICHF are providing critical support. But it’s going to take a long time. Eight years of “collateral damage” is going to take generations to repair.