Three Democratic candidates and one Republican are vying for the  seat left vacant when Senator Ellen Anderson resigned to accept an appointment by Governor Mark Dayton to chair the Minnesota Public Utilities Commission. The DFL primary is March 29, and the winner will face Republican candidate Greg Copeland on April 12.

Anderson, who was first elected to the Senate in 1992, leaves behind a legacy of leadership in sustainable energy policy. She was the author of the state’s landmark Renewable Energy Standard Law, and has also has worked toward clean water policies, affordable housing, family friendly workplace policies, inner city revitalization, and consumer protection. 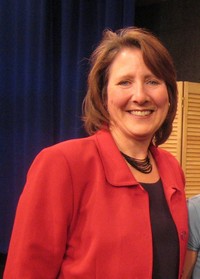 Of all the candidates, McGuire brings the most legislative experience.  She was elected to the Minnesota House of Representatives in 1988 and served in the Legislature from 1989-2002, at which point there was a redistricting and McGuire decided not to run against her colleague, State Representative Alice Hausman.  In the years since she served in the legislature, she began teaching at the College of St. Catherine (now St. Catherine’s University) and serves as the state director for Project Citizen, and has been an advocate for early childhood education and nurses.

McGuire said that she brings experience to the table in order to “hit the ground running,” but since she has been working on the outside for the past ten years, she can “bring a fresh look” to the Senate.

She said she favors working with those with differing opinions, though she says she won’t compromise on principles (“some things are non-negotiable”).  She said it’s important to try to find ways to move forward rather than having a stalemate.  “I’m a champion without being an attack dog,” she said.

The principles most important to McGuire are human rights, quality education, affordable health care, and a clean environment, as well as violence prevention.

Her past successes have included carrying forward an anti-stalking bill.  She said she learned about the issue from a personal stalking instance, and found there were no laws on the books to prosecute stalkers.  She has also worked on early childhood education legislation, and worked on legislation to require parental permission for violent video games, which did not pass.  She also carried forward a funding bill for parks and trails, and is a big supporter of the arts legacy bill, though it passed after she was a representative. She supports additional funding for the arts.

Lesch describes himself as a fighter with a track record that is far more aggressive than McGuire’s.  “She’s a nice person,” he said, but what is needed is someone who can really go after the issues that matter.  For him, the most important issues are education, job opportunities, tax fairness, and environmental policies.

When Republicans are bringing up bills, “You need to ask a lot of questions and point out the inconsistencies,” Lesch said.  For example, when House Republican Tony Cornish recommended a measure that would require counties to house state prisoners with less than two months remaining on their sentence in local jails and workhouses, Lesch asked why he was raising property taxes.  “You need to ask the right question, and make sure the point is made, so that when the bill goes before Dayton, he has the reasons before him to veto the bill.

Lesch said he wants to follow in Ellen Anderson’s footsteps, though he understands it took her 19 years to create the legacy she did.  He hopes, however, to follow the same path.

His style comes from the perspective of a prosecutor, particularly in looking at what corporations are doing putting the tax burden away from themselves.  He also considers himself an advocate for victims of domestic violence and sex trafficking, and wants to ensure the safety of victims.

A state representative since 2002, Lesch’s focus has been on crime and safety as well as economic justice issues.  His website states that he has fought back attempts to restrict access to the courts through tort reform, corporate liability protections, and judgement caps.  He’s also been appointed to the Minnesota Financial Crimes Task Force, where he’s been working to develop statewide policies to investigate identity theft and other financial crimes. 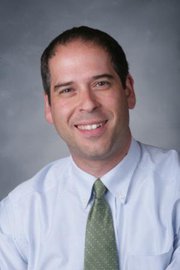 The underdog of all the candidates, Marchese is not a current or former elected official, but has experience as a lawyer and advocate for social justice at the grassroots level.  “I’m the fresh perspective to the work,” he said.

One of the qualities that Marchese says he has going for him is the ability to listen. “We need to work together in the state capitol,” he said.  “We have to move beyond just looking at each other as Democrats and Republicans and start thinking about what’s in the best interest of the state.

“You have to defend things your are passionate about,” he said, “but you don’t have to demonize and personalize it.”

“I have no illusion that it’s all going to become this kumbaya moment,” he said, but it is important to think creatively about moving an agenda forward

Marchese says he’s a strong advocate for public education, particularly in targeting the achievement gap.  He wants to address funding strategies to make it possible for low income children to do well in the system.

Marchese also believes in environmental sustainability, and applauds Anderson for her advocating for policies that are not going to destroy the environment.

He also believes Minnesota’s tax system should be brought back to the progressive history of the past.  “Everyone needs to pay their fair share,” he said.  Toward that end, tax rates should be broadened statewide so property taxes don’t rise at the local level.  He’s in favor of expanding taxes beyond just income taxes, including taxes on alcohol and tobacco, and wants to close loopholes for corporations.

Finally, he believes in social justice, and believes in marriage equality, including equal rights for same sex couples. 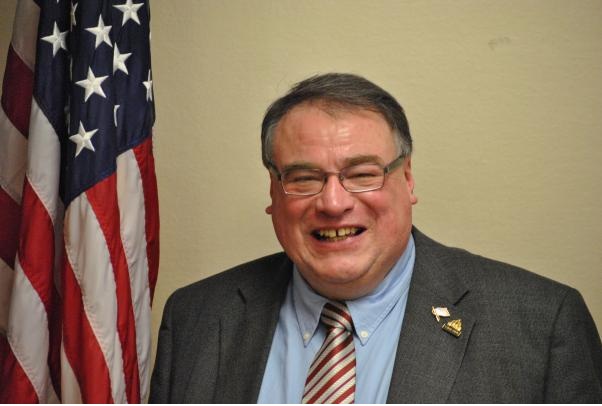 Copeland’s main concern is Unemployment.  “We need jobs,” he said, and he’s proposing to utilize funds to create a corporate franchise tax, so employers creating new jobs will get a tax credit.

He also thinks Minnesota needs a two-year property tax freeze at the county and municipal level.  “Cities like to spend money,” he said.  To critics who say a property tax freeze will reduce fireman and police, he says: “I don’t buy it.”  The mayor of St. Paul, for example, needs to get to work to reduce spending, he said.  “If you don’t reduce spending, taxes will go up.”

Along the same lines, he’s against taxes at the state level, and is opposed to any government spending on sports stadiums.

Copeland is also a critic of the light rail, and criticizes elected officials for turning their backs on the business owners in the Central Corridor light rail.  “There’s been no public input,” he said.  “There’s hoods on the parking meters—this project isn’t about beautification—it’s about gentrification.”

Copeland also challenges Ellen Anderson’s legacy on the environment, saying that while she’s going after “saving polar bears and gorillas,” she has neglected what’s out her back window, namely Lake Como and other lakes that are currently unsafe in which to swim, fish or boat.

“You can’t ignore the environment,” Copeland said.  “You’ve got to find ways to clean it up.”