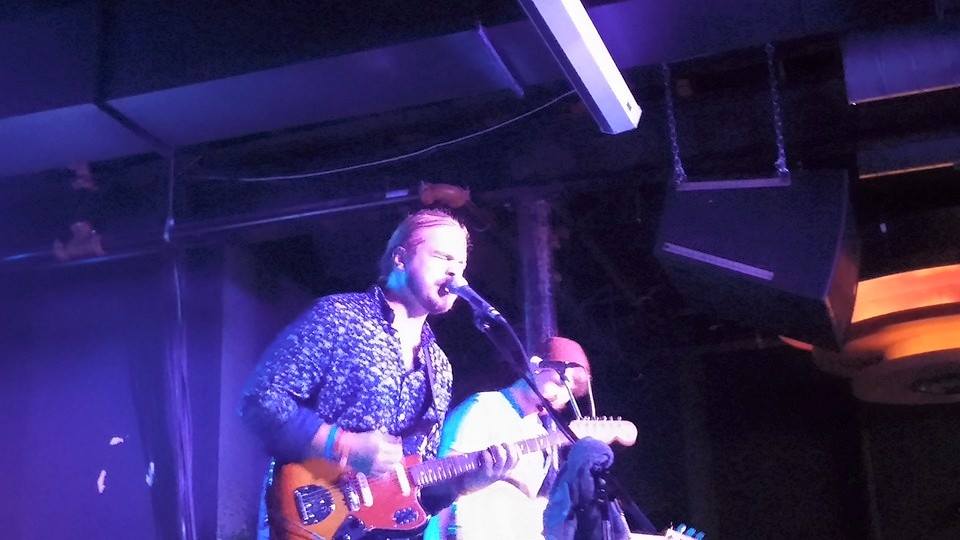 You have to appreciate a band that plays a few new songs at an EP release party. The new songs are post-EP (Turtleneck) production. That’s a group with a lot of ideas and enthusiasm for the music. That’s Candid Kid.

Candid Kid includes two founding members vocalist and guitarist Benjamin Muller and guitarist TannerUselmannand two excellent additions, bassist CooperDotenand drummer Reese Kling. They have the loudness and best of a rock band and the pensive twist of a more alternative band. There’s a good college sound to the music – and a good college-crowd following.

Bell was a song that stuck out to me; maybe a little slower a little more intense. And on the opposite side of the spectrum, I like the dance-potential in Summer.

The band plays well together but they also give each other the opportunity to shine in individual songs.Uselmanngot a chance to play around with the guitarreverbfor a while adding a surprising noise interlude to the end of a song. Drummer Kling also had a few opportunities to just hit and he did. He’s a great drummer. Even when the songs were more mellow, the drum was driving but somehow remained an undercurrent, which I have to think it hard to pull off.

Dotenis solid as bassist and has a great look for a Minnesota band. Muller has an almost aspirated, staccato voice that suits the rest of the sound.

Candid Kid could be well poised to have a good summer with the new EP and a pocketful of other really new songs.