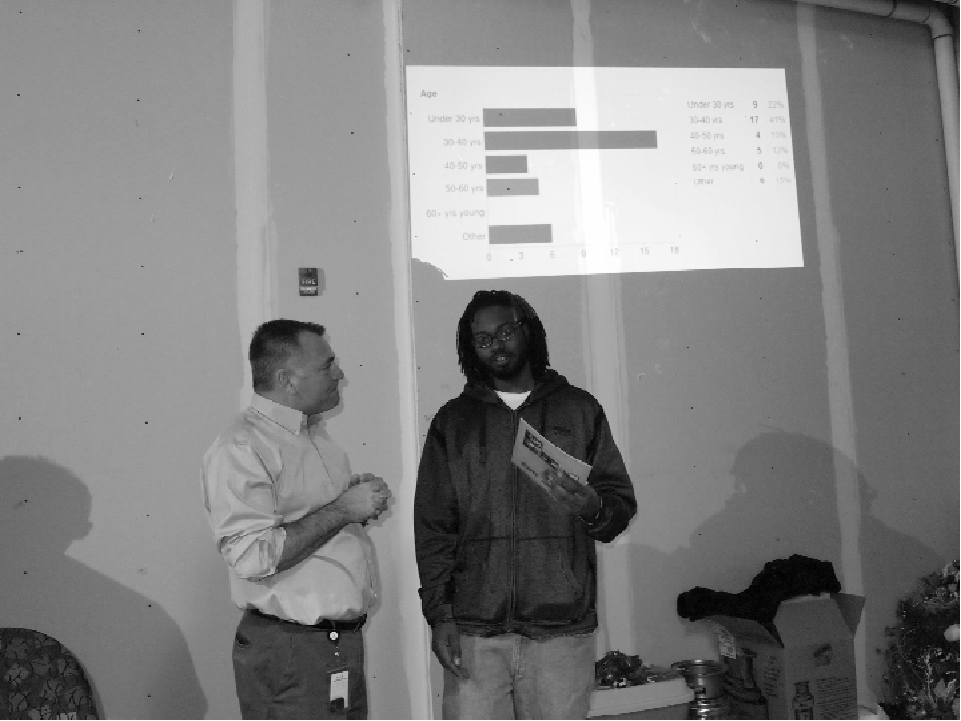 At a meeting for possible food truck operators to learn about proposed new regulations, Minneapolis City Council aide Doug Kress talked with Jon McGlory, who now produces sauces. The map shows a proposed food truck vending area from Central to University along 22nd. Most of the "truckies" attending the March 29 meeting were new to the idea.

Along Central Avenue, and along 22nd Avenue between Central and University, Northeast residents might soon be seeing something new-street food vendors.

The Minneapolis City Council calls them “mobile food vehicles,” and 10 of them have been operating since last year in downtown Minneapolis on public sidewalks, parking lots and on private property. The Council’s Regulatory, Energy and Environment Committee held a public hearing on a plan to expand the mobile food licensing April 4, after this Northeaster was printed.

According to a memo from Licenses and Consumer Services Manager Linda Roberts, the proposed changes would allow more vendors, and allow them to operate in the street.

“Limiting vehicles to public sidewalks created several impediments for potential applicants. It was difficult to find sidewalk space large enough for both the vehicle and pedestrian traffic. Vendors with approved sidewalk locations had difficulty with daily access which resulted in driving on the sidewalk or ‘popping’ the curb to get to their specified locations. These practices compromised the public infrastructure and public safety. Applicants who found sites on private property or in parking lots did not encounter these obstacles and received their licenses sooner than applications for sidewalk sites,” Roberts wrote.

“The proposed amendments address these issues by allowing mobile vehicle vendors to park on the street. While sidewalk, parking lot and private property sites are assigned to an individual license holder, approved street locations will be available daily on a first come first served basis to any licensed mobile food vehicle vendor. Vendors may not restrict, save or block open spots. Food sales are limited only to customers on sidewalks. Mobile food vendors would be required to follow all parking regulations including, for example, time restrictions and payment of fees at parking meters.”

In addition to the Central Avenue and 22nd Avenue locations, the revised ordinance would allow mobile food vendors on Minneapolis Park and Recreation Board property, at the Midtown Global Market, on the Midtown Greenway, on West Broadway and other areas in North Minneapolis, in Uptown, and in Cedar Riverside. 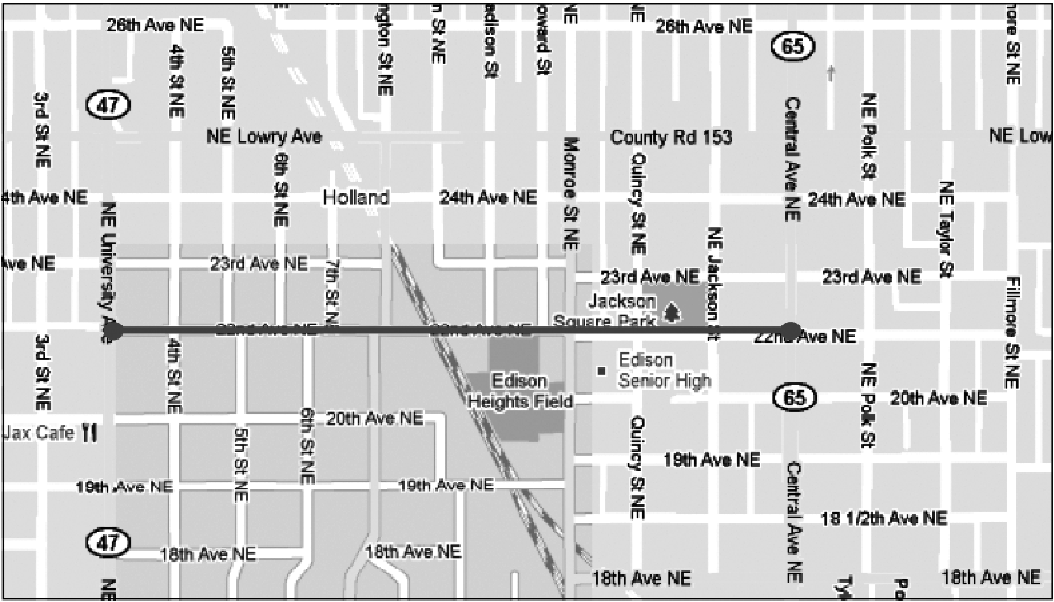 Doug Kress, aide to Council Member Lisa Goodman, presented the proposed new regulations at a March 29 meeting a Kindred Kitchens, 1200 W. Broadway Ave. He said the new vendors will have some regulations. When parked in a metered spot, the food trailer can be there in excess of the limit on the meter, but the truck that pulled it there cannot. A food truck can’t put out a condiment table; even the garbage can has to be attached. “The test is ‘drop your window, there you go’ it must be self-contained.” Kress said.

The food truck has to be attended at all times, which means that there has to be a second person available when the vendor moves their truck to park it elsewhere, during bathroom breaks, and when they have to go plug the other meters or move the vehicle (for the truck).

Vendors would have to be out for a minimum of 150 days per year, Kress said. Officials don’t want vendors to operate only during major events, they want vendors to make a commitment to steady operations.

Watch the current news section of nenorthnews.com for updates on this topic.