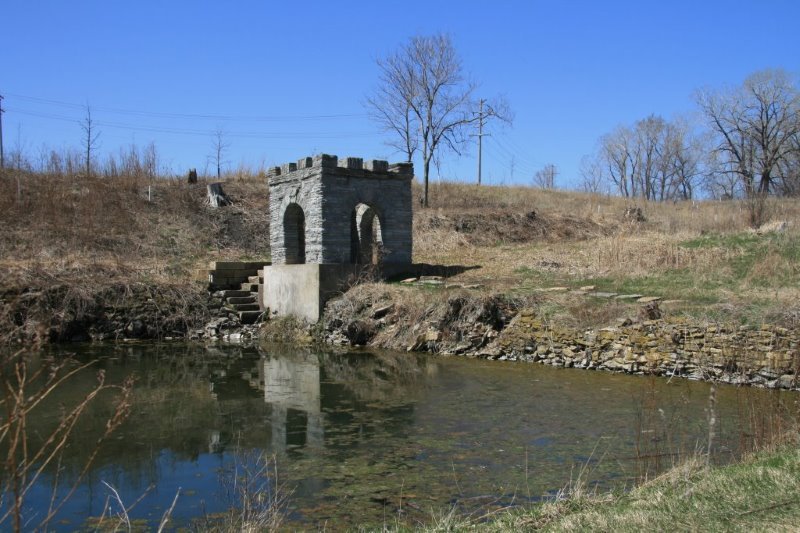 A team of us spent three years lobbying at the State Capitol to get the Coldwater protection law through committees, approved on the floor and signed by the governor in 2001.
The Law: Protection of the Natural Flow

A proposed Metropolitan Council sewer replacement construction calls for two years of dewatering and simultaneous daily monitoring of the flow at Coldwater.

Emergence Landscape of the Dakota Nation and Birthplace of Minnesota

Coldwater is at least 10,000 years old, the last natural major spring in Hennepin County and a Dakota Tribal Sacred Site and Traditional Cultural Property, according to the Ethnographic study commissioned by the National Park Service, which immediately rejected the findings. However the Minnesota State Historic Preservation Office agrees with the study. Before Coldwater was a historic landmark it was a sacred site.

Coldwater is the Birthplace of Minnesota, where a civilian community developed around Fort Snelling to supply the army with servants, wives and midwives, baby sitters, traders, translators, blacksmiths, meat, lumber, missionaries and liquor.

Coldwater furnished water to Fort Snelling for a century, 1820-1920. Dred Scott drank at Coldwater when he was stationed at the fort between 1836 and 1840. He met and married his wife, Harriet, here and used his residency in the then-free Wisconsin Territory and in Illinois to sue for freedom from slavery.
In 1857 the Supreme Court found that because Dred Scott was African American, whether slave or free, he could not be an American citizen and therefore had no right to bring a case into federal court. African Americans were granted U.S. citizenship in 1868; for Native Americans it was 1924 with religious freedom legalized in 1978.

Before Coldwater was the Birthplace of Minnesota it was a traditional gathering and ritual site for Upper Mississippi Indian nations including: Dakota, Anishinabe, Ho Chunk, Iowa, Sauk and Fox. In 1976 Coldwater was an emergency drinking water supply for South Minneapolis where water was “putrid with algae.” Coldwater, the ever-flowing spring above the confluence of the Mississippi and Minnesota rivers, is arguably the most historic land in the state.

There is a quarter mile drop down the Mississippi gorge from where the spring bubbles out of limestone bedrock to Misi Zipi, “big long river.” It is the only true river gorge on the entire 2,350-mile length of the river. At the place where Coldwater Creek empties into the Mississippi the bedrock is 451 million years old.

When does no mean no?

During a sexual assault? At a stop sign? When there’s development money at stake?

The Metropolitan Council never mentions the Coldwater protection law in its “Project Narrative.” Vague language about the spring admits that “contingency plans” are unknown, that conditions are “unforeseeable,” that an observer will be on site to come up with “reasonable solutions.”

Planners are “confident” about “restoring” the spring. There is a “low risk of permanent impact to the flow,” however a 10 to 20% variation in the flow at Coldwater is “hard to tell.” Red flag this circumlocution.

The other appointed agency involved in the sewer project is the Minnehaha Creek Watershed District with final permitting authority, with-  out enforcement power. Administrator Lars Erdahl opines, “The District, of course, does not have the power to ‘change’ any act of the legislature. In its permitting decision, the District will apply the law. As is regularly the case, in order to apply the law to the present specific circumstances, the District will need to interpret the simple language of the law, and will follow established principles in doing so.”

Is it really cheaper to permit the Met Council plan than to reroute the existing sewer and replace the pipe in situ? What is Coldwater worth? And why are environmental and police institutions routinely operating outside the law?

[Susu Jeffrey is a founder of Friends of Coldwater at http://friendsofcoldwater.org.]