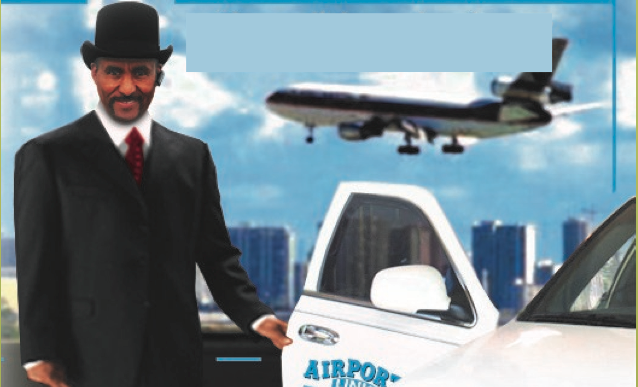 American cab drivers are African immigrants. Most of us know this. But when was the last time you talked to one? Seriously had a conversation with one? Me neither. But it is something I have always wanted to do. Apparently all I had to do was say so. Which I did, to Petros Haile of African Global Roots. Less than two days later, Petros had a name and phone number waiting for me in my inbox.

I met Tesfay on a sunny Friday afternoon in the shadows of the airport, at the airport taxi hub off Post Road in Minneapolis. With a straw hat shaped like a cowboy hat, Tesfay Woldemichael struck me as an elegant man particular about the way he presents himself. He is in his fifties but moves like he is a couple of years younger.

We spend the next hour in my truck talking about his journey to the seat of a taxi cab in Minnesota. He carefully analyzed communism and the short-sightedness of feudalism in impeccable English that is no result of his time in the United States. Although he has been in the United States for the past 27 years.

Tesfay is from Ethiopia; from an Orthodox Christian family, he tells me. And his last name—which I mistook for European (trying to associate it with perhaps the short lived Italian invasion of Ethiopia back in 1935)—he tells me, is a Christian name meaning, “The son of Michael of the angel.” Before escaping torture, walking 30 miles from his home in Ethiopia to safety first in Sudan and eventually to Minnesota, Tesfay was a math teacher who couldn’t tell a lie when his students asked him, “Why is the government killing…what is communism…why do they kill people?” “Communism is an unapplied science that submits to a utopian ideal,” he tells his fifth and sixth grade students, “Why do they kill people? Because they cannot tolerate opposition.”

He tells me, many of the cab drivers in the lot were also professional in Africa before coming to America.

He flings his arm in the direction of the multitude of cars and the drivers loitering about, “There are economists here who were diplomats in Africa.”

Tesfay lives by an old Ethiopian Orthodox Christian saying that roughly translates as “When you get out of your country don’t try to live like your country in the country of refuge. You must act and live like the society [you now find yourself in].” But he admits the transition is not always easy. He has seen at least one person commit suicide under the stress of feeding false expectation and the reality of life in America, indeed behind the wheels of a cab. When I asked him, how it felt to go from being a school teacher and obviously intellectually inclined to cleaning offices (his first job in America), he says “I was mentally, physiologically, socially, politically and personally ready to do any job. When you leave your country, you have to be ready to do whatever it takes. Otherwise don’t leave your country.”

How come so many African immigrants are attracted to cab driving? I had to ask. Of all the questions I had, this was perhaps the one I had been wondering the most. Tesfay couldn’t answer the question. Not in the general sense. For him personally, the call came when his first son was born. As every parent knows, especially those with young babies, the daycare calls come and come at the most inopportune times. But not heeding is not an option. Unfortunately, Tesfay’s supervisor must not have been a parent, because they asked him to choose between his duties at work and his responsibilities to his son. Cab driving was the only job he had heard about that could allow him the flexibility of responding to those baby related emergency calls and still earn a living to feed his young family. So he scouted the Minneapolis market, then the St. Paul market. He eventually settled at the airport because it was safer, and the passengers more mature.

After three years of being a leasee (driving someone else’s cab), Tesfay finally became an owner. Today, as the owner of Airport Link Taxi, he has up to 15 drivers in his fleet.

This is another reason many African immigrants find themselves behind the wheels of a cab. There are only two jobs in most African countries: you either work for the government or you are an entrepreneur. This is why I don’t trust employment numbers Western researchers give for African countries. A lot more Africans work, they just don’t earn wages or report their income. It turns out cab driving is one of the easiest and more affordable ways of owning your own business in America. Like Tesfay said, “If I had $100,000, I could open a small store and put my son in front of me and work. But I did not have that kind of money.”

But easy doesn’t describe the job. Yes, you get the flexibility of being your own boss, indeed master of your own destiny. But destiny is hardly an easy load to carry. Tesfay tells me his days start as early as 4 am and go well into the night. And, yes, you can earn a living driving a cab, but what you earn is sliced and diced every which way. All you are left with is crumbs.

Tesfay was calm, cool, and reflective throughout our conversation. However, he became almost agitated talking about the rules and regulations surrounding the business of cab driving in Minnesota. Apparently, unlike other states, the state of Minnesota does not regulate the issuing of permits (or medallions) to cab drivers. Instead this is managed by individual cities. Consequently, in order to operate in say Minneapolis, St. Paul, and Bloomington, you not only need a permit from each city (renewed annually), each requires a separate annual mechanical inspection. “Five inspections every year for the same car!” At nearly $200 a pop! “Minnesota is not in the United States,” Tesfay says in frustration. “They say Minnesota nice, but when it comes to taxi industry, they are scums. They want to pull us down on our knees to welfare!”