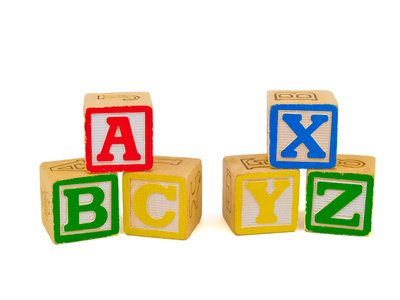 MELF’s bill, Senate File 331, calls for policy reforms that would expand Parent Aware, a program quality rating system they piloted, coupled with $4,000/year scholarships for low income families to choose high-rated programs in four pilot areas of the state. Recognizing the state’s challenging deficit, MELF is asking for no new funding, proposing instead to shift funds from current programs. MELF’s bill would also create tax credits for early childhood teachers who improve their training and remain in their jobs and for businesses or individuals who donate to the early childhood scholarships or for program improvements linked to higher quality. Read MELF’s summary of the bill here.

An unlikely champion for public investment in babies and preschoolers, Duane Benson is a former pro football player, CEO of the Minnesota Business Partnership and Republican Minority Leader. Speaking on January 21st to the Achievement Gap Committee, a group of citizens concerned about the academic gap between white students and students of color, Benson, predicted:

When you leave here today, you’ll only remember a couple of things. Two critical things to remember:

First, half of Minnesota kids are already behind developmentally when they enter kindergarten. One fourth eventually catch up but the other fourth don’t. Investing in the developmental potential of these kids changes their lives and provides the best rate of return.

Second, 90% of brain development occurs from 0 – 5. While children peak as learners at 3 years old, public funding for education peaks at age 18.

Three-quarters of Minnesota families with children under the age of five use child care. Over the past decade, leadership groups such as the Itasca Project, Minnesota Business for Early Learning, and Ready for K increased the business community’s understanding that dependable child care affects their bottom line and that the quality of child care impacts the future workforce.

Benson and the business leaders who founded the Minnesota Early Learning Foundation argue that we don’t need another public program but rather a market-based approach to getting disadvantaged kids ready to succeed in school. The challenge, as Benson sees it, is to leverage the private sector so that: “Knowledgeable parent consumers interact with quality producers.” MELF seeks to empower parents, especially low income parents, with the information and scholarships they need to exercise high quality choice in the public and private market.

MELF research over the past five years included funding pilots in North Minneapolis, Saint Paul, Hennepin County’s western suburbs and Blue Earth and Nicollet counties. Each of the four communities piloted the Parent Aware Quality Rating System and some form of scholarships or allowances for low income families. Each also involved a number of community partners.

In the St. Paul pilot area, 50 percent of the parents of children under five don’t speak English and 38 percent of the mothers didn’t graduate from high school. Low-income parents with three-year-olds were invited to use scholarships of up to $13,000.00/year to cover the full cost of top-quality-rated early childhood programs for three- and four-year-olds.

The MELF research team developed a model using various measures of children’s progress towards school readiness across a broad range of cognitive, physical, emotional, social, and creative abilities. Across the sample of children who received scholarships, the majority of children scored at or above national averages on standardized measures of language, literacy, and early numeracy when they entered kindergarten.

The St. Paul pilot indicates that parent choice scholarships contribute to anchoring low income families in the community. Family mobility is a reality for many low income families. Mobility is also linked to school failure. When families accessed MELF’s information and scholarships, they stayed in a neighborhood longer, giving their children the consistency of care that enhances development and learning.

The culmination of their five years of research and $20 million in private contributions, MELF’s 2011 legislative agenda is ambitious. “Anything significant, that lasts, has to be bi-partisan,” claimed Benson. “Parent Aware helped change the market in the pilot areas. When everybody wants quality, providers try to step up. The frame that resonates with legislators is changing from ‘regulation’ to ‘parent engagement.'”

With Republican majorities in both houses of the legislature, MELF may have potential to broker a deal for market-based reforms to close the preschool readiness gap.

Reaction to MELF’s bill from other early education advocates is measured. Mary Nienow, director of the advocacy group Child Care Works, said, “We support quality and continue to push for choices for low income families. But we’re concerned about the bill’s details, especially moving the school district funding stream for School Readiness into parent choice scholarships.”

Todd Otis, executive director of Ready for K, echoed support for specific parts of MELF’s legislation. “We’re appreciative of the MELF’s commitment to expanding the Parent Aware quality ratings and support the concept of parent choice scholarships,” Otis said. “The MELF’s tax credits are also worthy of support and could bring new money into the system for quality. But we do not want funding taken from district School Readiness funds.”