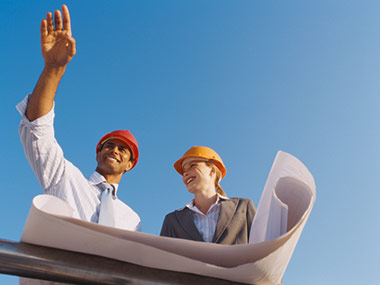 New development is always exciting, but seeing an old site brought back to life is especially rewarding—not to mention economically and environmentally beneficial. It happened with the polluted former brewery and railway site that is now the Bruce Vento Nature Conservancy, it might happen with the old Ford plant, it happened with a luxury apartment building in Uptown that used to be the Acme Tag & Label printing plant, and it is under consideration at the former potential site for the Vikings stadium.

The one element these sites all share? They are all (or were) brownfields, which means that each site had potential for redevelopment that was complicated by “actual or suspected environmental contamination.” There are many success stories of brownfield redevelopment in Minnesota, but one reason that these stories deserve notice is the difficulty with which their success is achieved. Remediating sites with a variety of environmental problems is expensive and often serves as a barrier to development. That’s why the EPA has a brownfields program to identify these sites and provide funding for redevelopment.

In a rare show of bipartisanship on the federal stage, Senators Frank Lautenberg (D-NJ), Jim Inhofe (R-OK), Tom Udall (D-NM), and Mike Crapo (R-ID) introduced a bill early this month to reauthorize and improve this brownfields program. The ‘Brownfields Utilization, Investment, and Local Development (BUILD) Act of 2013’ would reauthorize the program at current funding levels, increase grant limits and expand their eligibility, and instruct the EPA to provide assistance to small, rural towns and disadvantaged communities.

One probable cause of this bipartisan support is the economic benefit of redeveloping brownfields. Nationally, “EPA has provided approximately $1.5 billion in grants, which have leveraged $19.2 billion in additional investment.” Minnesota Brownfields reports that fifteen years of brownfield redevelopment has resulted in $25 in private investment for every $1 of grant money; the organization also estimates that there are currently 10,000 contaminated (or potentially contaminated) sites in the state. Of these sites, 46 are on the EPA’s National Priorities List.

The BUILD Act would help sustain the EPA’s much-needed brownfield remediation work and bring economic and environmental benefit to the state. Remediating these sites leverages existing infrastructure and often revitalizes the surrounding neighborhoods, which is something that Congress should support.