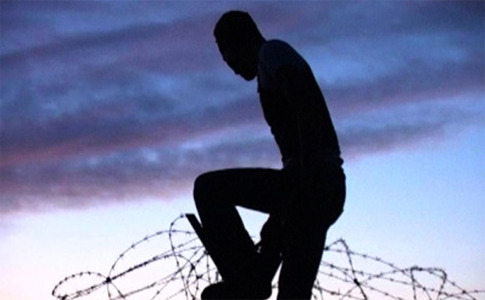 If you think that Israelis and Palestinians—sometimes referred to as “the most divided people on earth”—will never resolve their differences, you need to see the inspirational documentary Budrus, playing now at the Lagoon Cinema in Uptown.

Early in the film, Ayed Morrar, who lives in Budrus on the West Bank, emphatically states that Israel has a right to protect its citizens and even to erect walls. But not, he says, if it destroys 300 acres of Palestinian land, filled with olive trees that provide most of the income for Budrus villagers. He decides to organize a peaceful resistance.

Nearly all of the documentary is shot on site over a period of months and reveals the almost miraculous unfolding of the movement as it gathers strength from groups of Israelis as well as from Hamas and Fatah. Ayed’s low-key but remarkable leadership is key to the group’s ability to persevere and maintain non-violent actions (one hears the women shouting to the boys, “Don’t throw stones; don’t throw stones!”).

Perhaps most importantly, while the film focuses on one small town in one small area of the world, the story reveals a model for what can happen when folks of disparate-even hostile-backgrounds, work together based on their common beliefs about human rights, justice, and peaceful action. If I were still teaching history and social studies, I’d make sure my school got a copy of this film to show students. It’s a real-life study in true leadership based on commitment to universal principles.

DVDs are not yet available, so if you want to see the film, get to the Lagoon; the showings end on December 2. To learn more about the film (and the dozens of international awards it collected in 2010) or to watch the trailer, see justvision.org/budrus.