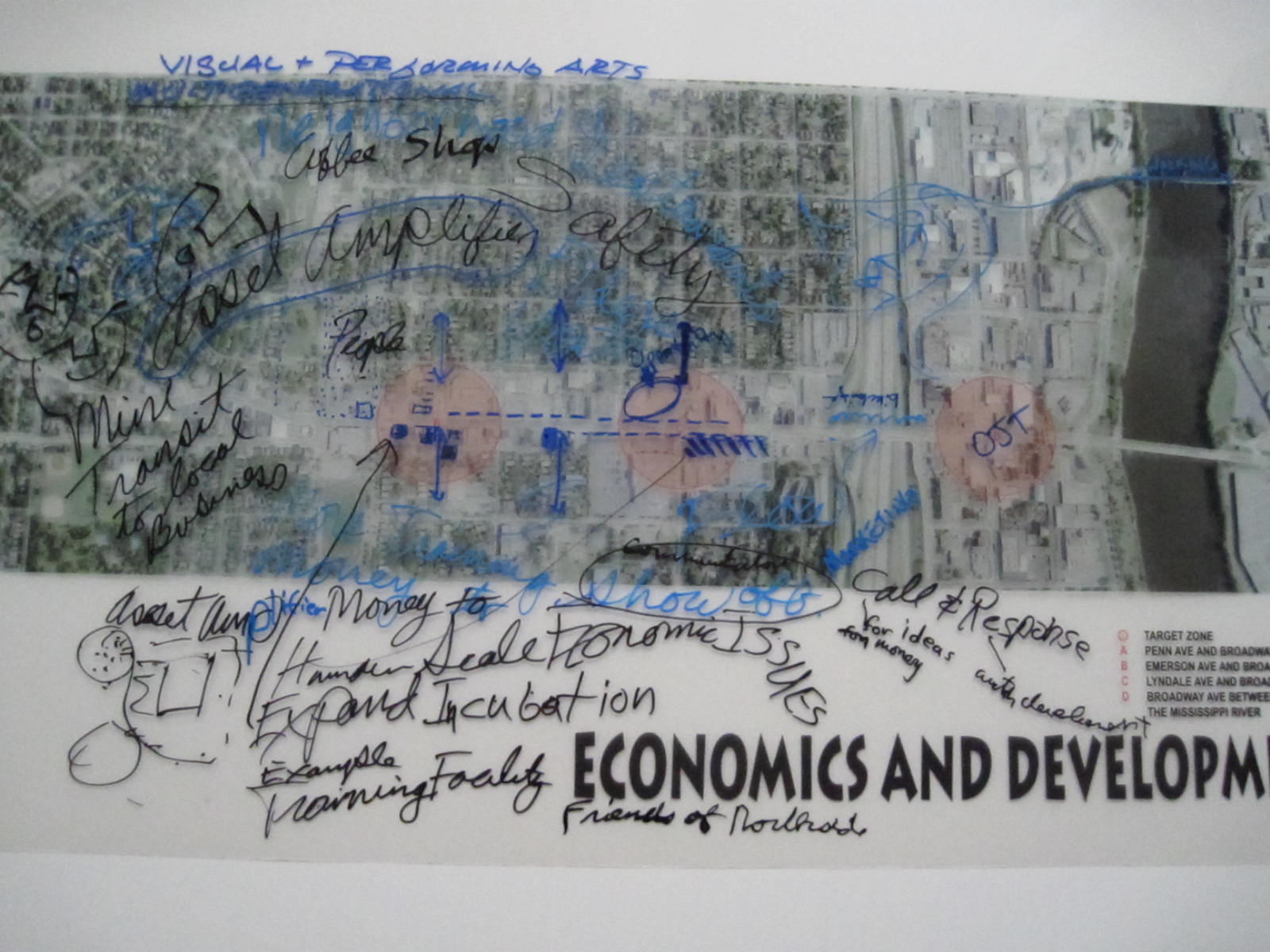 Local and national artists, arts administrators, community developers, designers, thinkers, and planners converged at Chambers Hotel on Friday and Saturday for a forum aimed at investigating how art and design can help build more equitable, sustainable, and engaged neighborhoods.

Putting Creativity to Work: Stronger Communities through Locally Rooted Art & Design was sponsored by the Bruner/Loeb Forum, a new partnership between the Rudy Bruner Award for Urban Excellence (RBA) and the Loeb Fellowship Program, two programs dedicated to the urban built environment. The conference was presented in partnership with Juxtaposition Arts, Inc with sponsorship by The Center for Urban and Regional Affairs (CURA), Nexus Community Partners, The U of M’s College of Design in Landscape Architectures, C + S Architects, 4RM + ULA, Minnesota Humanities Center, Family Housing Fund, The Uptake, The McKnight Foundation, and The University of Minnesota Imagine Fund.

The two-day forum included presentations, small group discussions, tours of West Broadway and Franklin Avenue with tour guides Seitu Jones (a visual artist) and Jeremiah Ellison (a Juxtaposition Arts alumnus), and problem-solving sessions. According to the forum’s brochure, the goals for the conference included increasing attention and resources focused on rebuilding social, human and cultural capital in communities like North Minneapolis, elevating the importance of engaging youth in building community change, show the importance of participatory arts engagement in community development, illustrating new models of community engagement, and encouraging a multi-disciplinary approach to neighborhood revitalization.

Speakers included a number of experts from cities across the city who spoke about what has worked in their communites, including Rick Lowe from Project Row Houses in Houston, Cynthia Harnisch from Inner City Arts in Los Angeles; and Dan Pitera, from the Detroit Collaborative Design Center.

On Saturday, Ed Goetz (CURA) gave a presentation about local and regional current issues and context. Goetz said that one of the challenges with North Minneapolis is that politics are very fragmented, largely due to community disinvestment. Leadership is fluid and transitioning, he said, between pastoral leadership, organizational leadership, and the emerging leadership of young people. “Young people play a such a significant part, but they haven’t gained their voice,” he said. 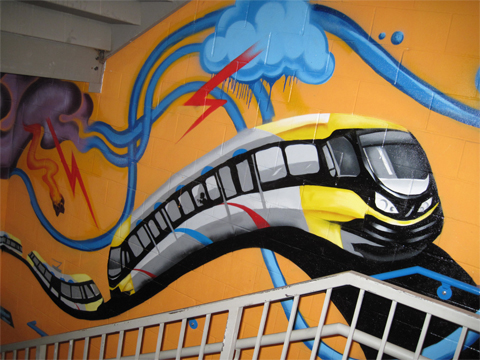 Goetz said it was important for communities to appreciate their assets, whether those be cultural assets or ecological ones. For example, it’s not common to associate West Broadway as connecting Wirth Park with the Mississippi River. “Why can’t we create that connection—as a vision for West Broadway?” he asked.

Also on Saturday, attendees of the conference participated in a Create Design Mapping exercise that looked at North Minneapolis through the lenses of education/knowledge; politics/control; building types/neighborhood structure; image and meaning; economics and development; and ecology and the environment. Participants brainstormed by writing their ideas onto the maps, which will be presented to different North Minneapolis communities. Eventually, the maps will be used as inspiration for a mural in north Minneapolis.

Cummings has always learned through trial and error, and learning by doing, and he believes that kind of education is the most successful. He recalled that when he was in the sixth grade, his teacher at Marcy Open devised a class project to sell greeting cards in order to raise money for the class to go to Valleyfair. The students were divided into groups: the best writers wrote the text, the best artists made the drawings, and the best talkers were in charge of selling the cards. They were encouraged to sneak out during school to sell the cards, and were told by the teacher not to tell anyone what they were doing. Through the project, Cummings learned how to do long division, and said that the project was exactly the kind of learning experience that teaches children best—by working on problem-solving projects together.

Cummings said one of the things that Juxtaposition Arts tries to do is to take a creative problem-solving approach, rather than a deficit-based approach. As outlined in their strategic plan, they break their programs up into core studies and focus on engaging young people in imaginative, hands-on activities.

People who attended the conference said they felt energized by the experience, and also they had a feeling that the work had only just begun. John Bueche of Minneapolis’s Bedlam Theatre said it was good to have a chance to connect with people doing the most fascinating work with arts and community development.

Seitu Jones, who spoke in his speech on Saturday morning about the moral imperative of community building, and the love and passion that comes behind making neighborhoods stronger, said “people are doing this because of love,” he said.

Catherine Day, who runs an North Minneapolis arts organization called Story Slices, said the conference helped her think about all the different layers that go into building strong communities. “I like to think of myself as leading like a bee in a creative hive,” she said, saying that a bee exemplifies the sustainable model, going inside and coming out, creating a sweet and useful product. One important aspect she is coming out of the conference with is the importance of deep listening, and knowing what a community wants before making decisions.

Visual Artist Ta-coumba Aiken said the next step after the conference is to take the ideas gathered to community organizations, where they’ll either say “are you crazy?” or, “this is a good idea.” A huge part of going forward, he said, is trust, and hope that together, artists and community members can make North Minneapolis a safer place to live, filled with spirit and joy.  “It takes a lot of time,” he said. “But you don’t want to make the mistake of throwing out the whole barrel because of a few bad apples. There may be vinegar at the bottom, but you can make fruit pies off the top.”