The other day, Bruce made butternut squash gnocchi. Before that, he made butternut squash soup. Before that, he made a stew with squash and garbanzo beans, and before that he made pan-roasted squash, twice. All this squash preparation is taking up the time Bruce could otherwise be using to correct people who are wrong on the Internet. But because he planted carelessly last spring, he’s had to cut back on Facebook and Twitter to deal with the resulting squash deluge. 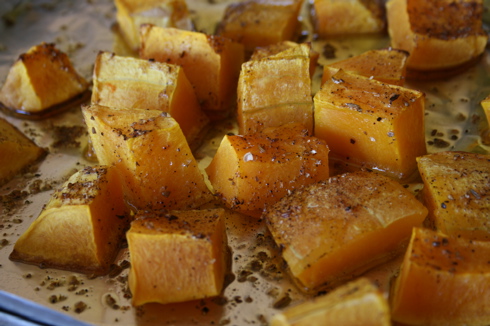 In previous years, our squash plants suffered various blights and we’d harvest maybe one little pockmarked doober. This year he threw in a few extra squash plants to compensate, and, inexplicably, they grew and multiplied unmolested. Now he’s dealing with this miracle of nature by researching squash recipes and cooking like a maniac. 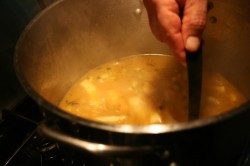 Luckily, he has plenty of time for this sort of pursuit, since it looks like he’s permanently “retired,” as the euphemism goes, although cooking squash does cut into the twelve to fourteen hours a day he otherwise likes to devote to the blogosphere. Believe it or not, some people can go for hours on end without knowing, for example, how many people were arrested at Occupy Indianapolis this morning, but this is not Bruce’s style. He likes to be well informed at all times, and to inform others of his informedness. So you can appreciate the effort he has put forth to withdraw temporarily from the Internet and peel the intractable squashes.

Most of the results have been admirable. I’m a little tired of the leftover roasted squash pieces, but I doggedly eat massive amounts of them for lunch every day in a self-sacrificing display of frugality. I still have about a half-gallon of the butternut squash soup to tackle, which is fine, because it seems to be improving with age. It almost tastes like pie.

The rather complicated soup recipe is here, and I’d recommend it, if you’re “retired” and feel the need to do something constructive, not that yammering at Facebook all day isn’t constructive, which I’m sure it is, in some cosmic way that is not yet fully understood. Bruce says the soup would have been better if he had run it through a chinoise. He doesn’t have a chinoise, which seems like a rather frivolous luxury item at this point, but the soup is really quite delicious anyway. 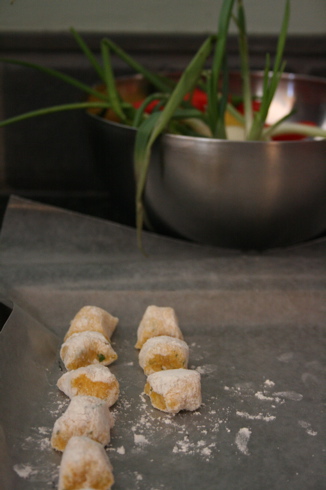 The best squash thing he’s made is the squash gnocchi with brown butter and sage. Homemade gnocchi, like homemade pasta, seems too difficult and time-consuming for normal humans, but for “retirees” with a knack for cooking, it’s an excellent expenditure of time. The recipe is from local celeb Andrew Zimmern, and whatever you may think of Zimmern and his Bizarre Foods schtick, this gnocchi is irresistible.

Bruce advises the following amendments to the gnocchi recipe: Make a spice mix by putting fennel seeds, coriander seeds, cumin seeds, chili powder, and hot paprika in a dry frying pan and toasting them. Then put the mix in a pepper grinder and grind it onto the squash pieces before putting them in the oven. This is approximately the same spice mix called for in the soup recipe, so, voila. It seems to me that you can use it on all kinds of things, because once I accidentally ground it onto spaghetti, thinking it was pepper, and that was pretty good, too. Also, he grated the potatoes instead of using a ricer, based on Smitten Kitchen’s recommendation. 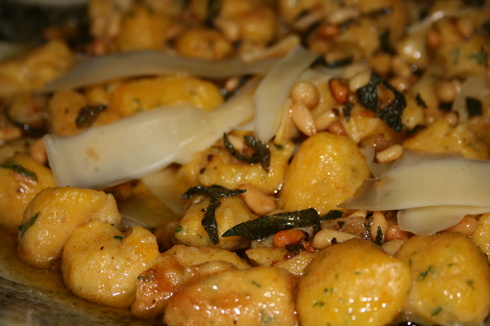 I should note that Bruce discovered these recipes not by poring over hoary texts, but by surfing the web. Yes, the Internet is a wonderful thing. Of course, alcohol is a wonderful thing, too, and so is gambling. But those things have support groups, don’t they?