Yes, yes, Minnesota is hipper than Brooklyn. It’s been scientifically proven. Minnesotans who move to Brooklyn, then, must be constantly rolling their eyes at the tiresome wannabes who now surround them. On a recent trip to New York, I asked some expatriate Minnesotans where I might observe the food consumption habits of Brooklynites, so that I could draw my own conclusions about their culinary hipness. They led me to a couple of venues where hipsters are alleged to hang: a farmers’ market off Prospect Park, and the so-called “Brooklyn Flea” in Fort Greene. I believe the following photos speak for themselves. 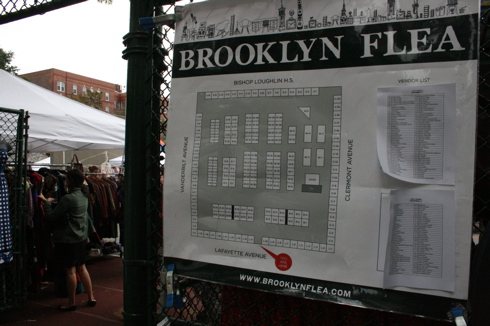 They really just call it “the Flea.” Do you hear people in the Twin Cities call their farmers’ market “the Farmers?” No, because that kind of insider-y truncation would be pretentious, and pretention is the antithesis of genuine hipness. 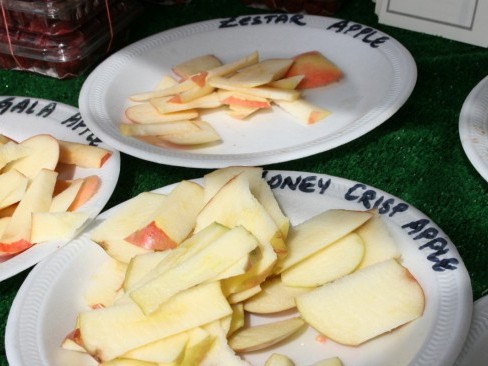 Oh, let’s see, where are Zestar and Honeycrisp apples from again? Minnesota, did you say? Brooklyn doesn’t even have any apple orchards, although you’ll never hear them mention that. 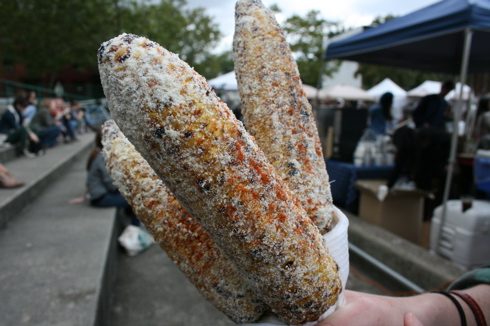 Well, this corn was fabulous, I have to admit. It has red pepper and butter and some kind of Mexican cheese on it. Is it as good as the elotes at El Burrito Mercado in St. Paul? Duh. 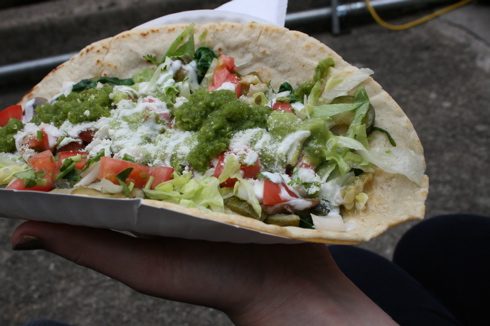 “Huaraches” in Minnesota are also more awesome than these, although admittedly these were delicious. This vegetarian one has beans cooked right into the masa tortilla base, topped with sauteed mushrooms, cheese, zucchini, the other veggies that you can see, and some kind of magical sauce. 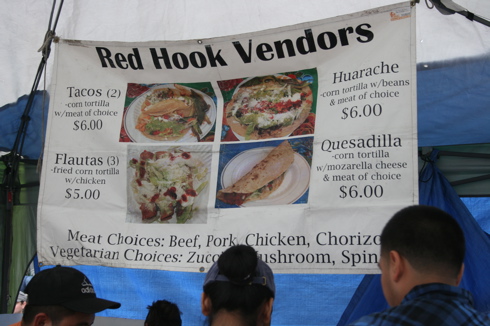 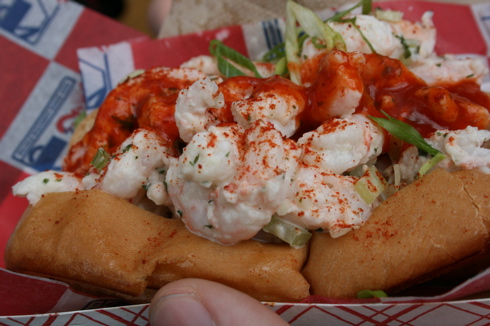 This seafood sandwich was mediocre and it cost like $15. Overpricing may be a strategy to compensate for inadequacy. 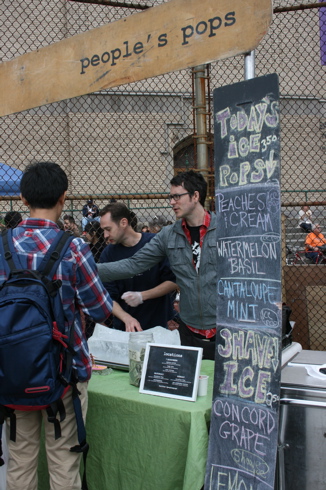 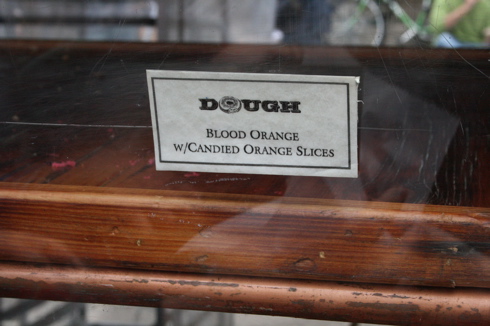 Yes, they have very imaginatively titled doughnuts. But look: 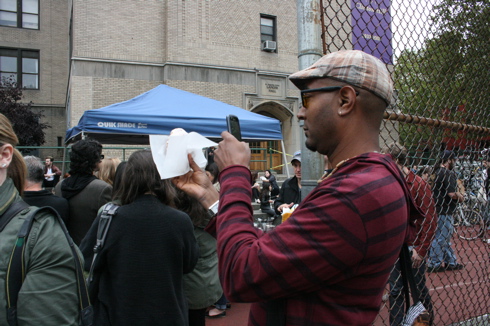 — a Brooklyn hipster poseur taking a picture of a doughnut — with his phone. Lame. See, they’re just not as artsy out there as we are here. 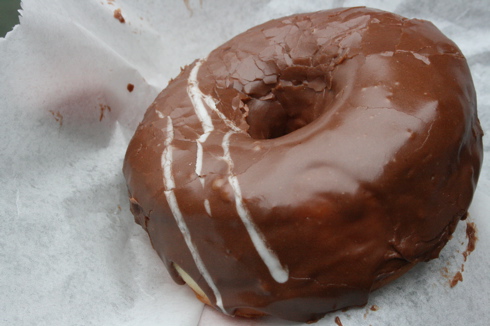 Yes, a Minnesotan took this artfully designed snapshot, with a real camera. 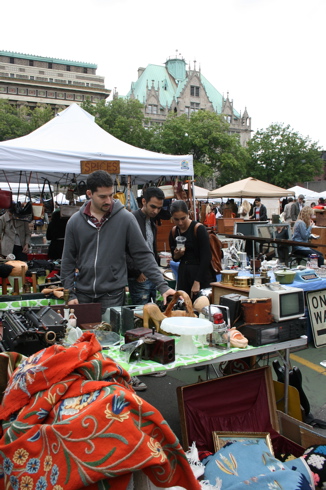 I would have taken more photos of Brooklyn “hipsters” at the markets, but my Minnesota-born tour guides didn’t want to make the poor wannabes more self-conscious than I’m sure they already were, knowing that they were in the presence of the real thing.