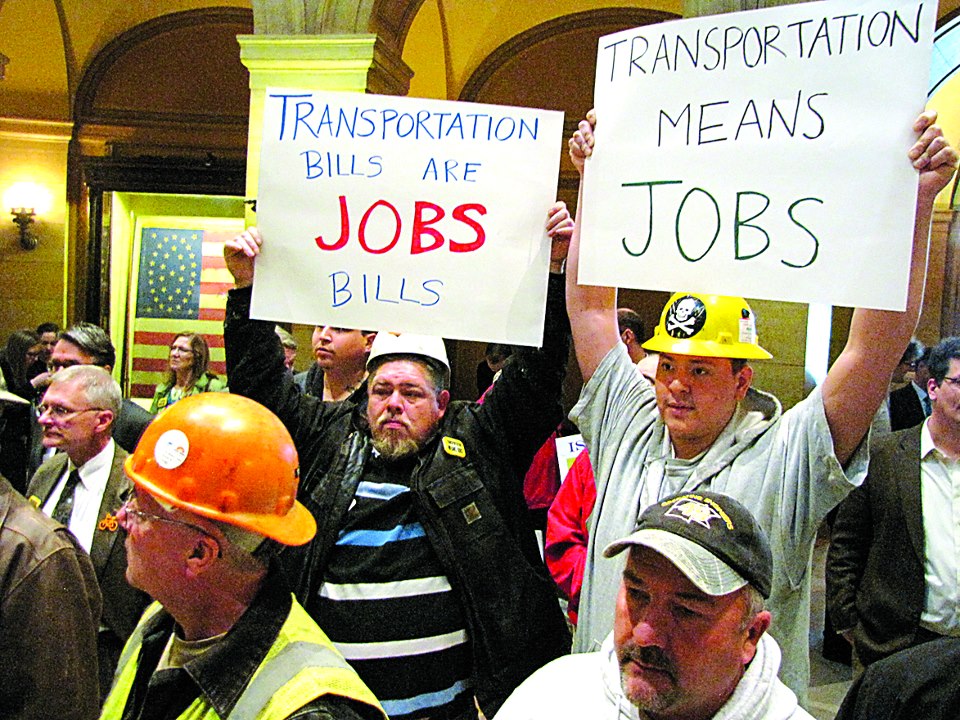 A statewide coalition of business leaders, organized labor, local government officials and transportation advocates — Transportation For A Stronger Economy — filled the State Capitol rotunda April 17 for a rally calling for this year’s legislative session to pass and fund a balanced, comprehensive and statewide transportation plan, one that builds roads and mass transit.

“Who in this crowd wants to build something?” Minneapolis Mayor R.T. Rybak asked the crowd, which included many construction workers wearing hardhats. “The transportation jobs we create in this state create jobs all over this state,” Rybak said. “Transportation jobs unite this state.”

“Transportation is the great unifier, essential to government and jobs and everything we do,” agreed Senator Mary Kiffmeyer (R-Big Lake).

“Transit plus transportation equals a vibrant state that means thousands of jobs for Minnesota,” said Harry Melander, president of the Minnesota State Building and Construction Trades Council. “We can’t wait… Let’s do what’s right for Minnesota.”

Senator Vicki Jensen (DFL-Owatonna) cited the pressing need to fund a makeover of Minnesota Highway 14. She urged people attending the rally to contact state legislators and impress on them the importance of acting now on a comprehensive transportation bill. “Let them know you’re willing to raise revenues so we can put people to work, make our roads safer, enhance economic development and make this a better state.”

“Transportation problems don’t go away — they just get more expensive,” noted Representative Frank Hornstein (DFL-Minneapolis). “If not now, when are we going to build out that transportation system in the Twin Cities and all across the state?”

“The two largest chambers of commerce in this state have said… we want to pay for this investment,” said Will Schroeer, representing the Minneapolis Regional Chamber of Commerce. “We’ve got the opportunity to make a high return investment…” 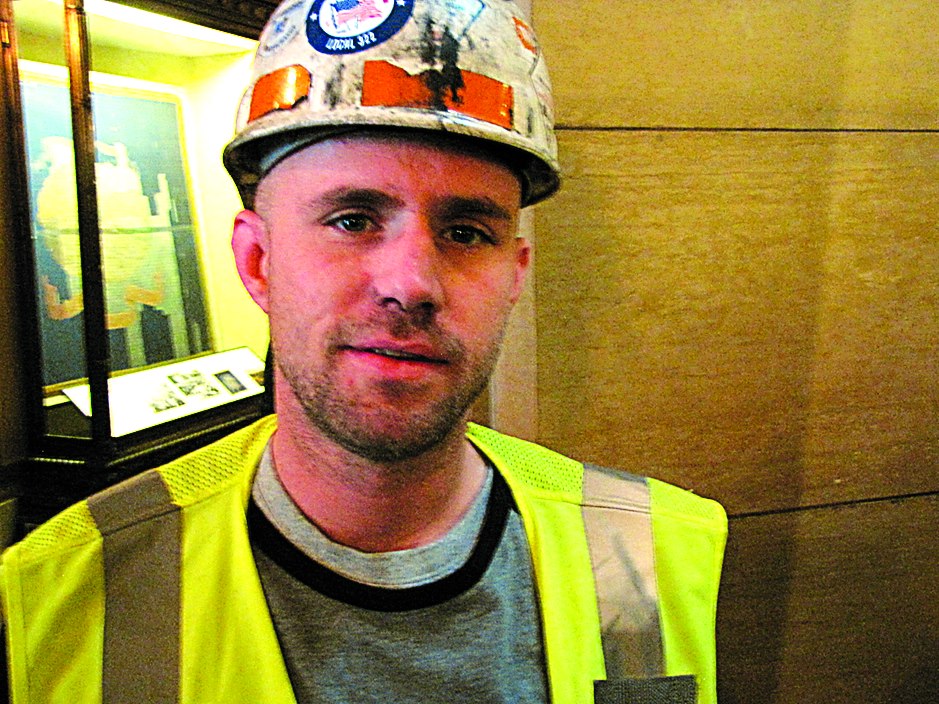 Matt Lingen, Golden Valley, member of Piledrivers Local 1847, said he has been out of work six months and came to the rally “to get some jobs going.” 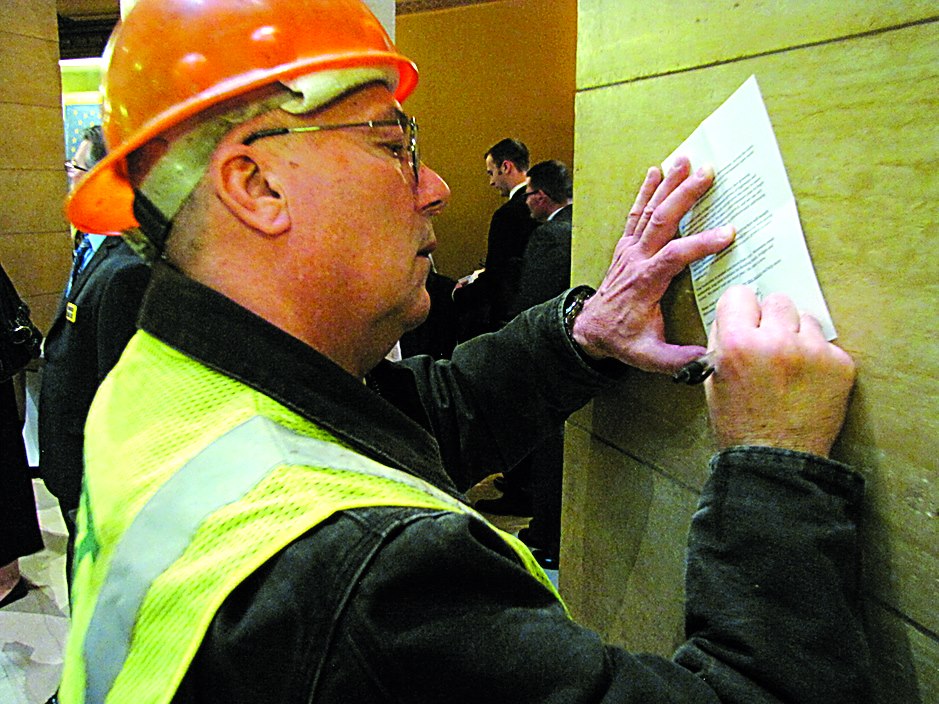 Greg Hartling, St. Paul, member of Piledrivers Local 1847, heeded the call at the rally to sign a postcard to Governor Dayton urging support for transportation funding. “Right now I’m waiting to get called back to work,” he said. “We really need jobs in Minnesota. I’ve been sent to North and South Dakota and Iowa.” 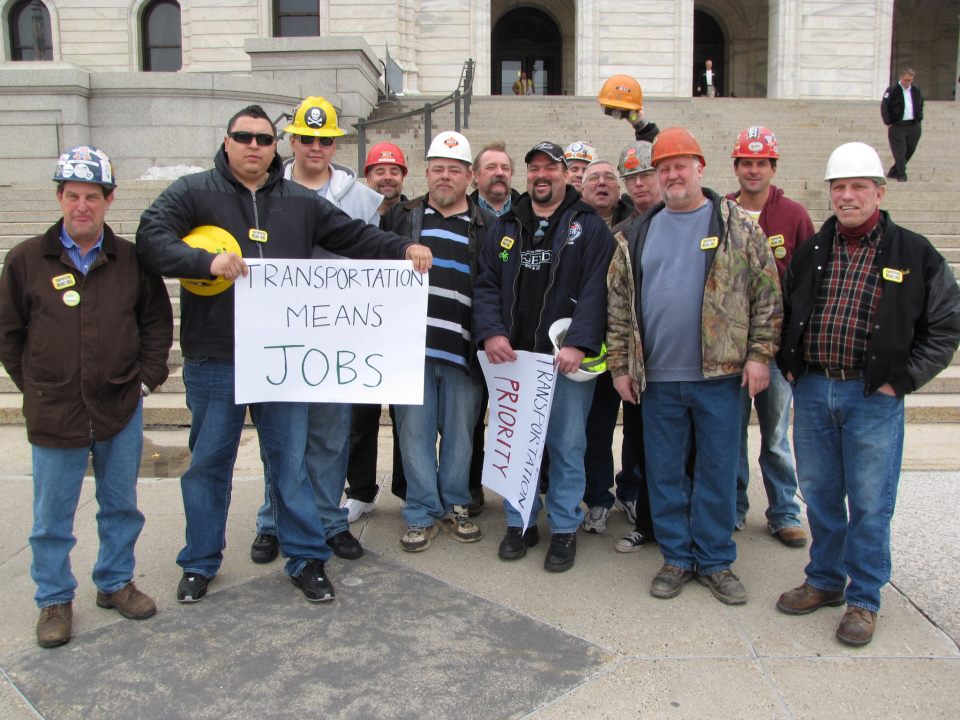 Members of Piledrivers Local 1847 gathered on the State Capitol steps after the rally.