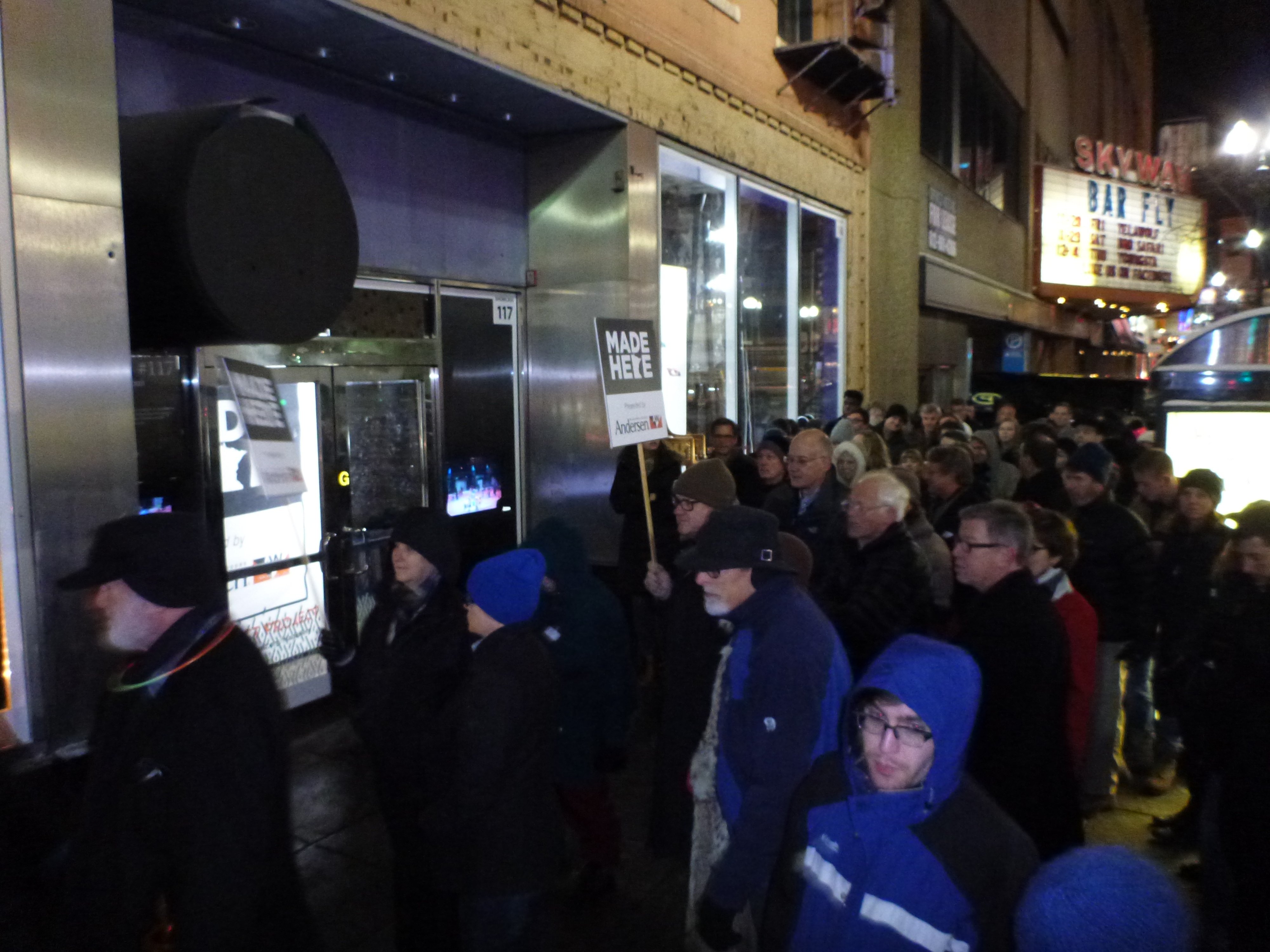 Many Americans’ Black Friday experiences come tinged by the excesses of consumerism and the excesses of consumption. A taste of something different awaited the crowd that showed up the following night for the opening of Brilliance! Made Here, the latest incarnation of the downtown Minneapolis public art project curated by the Hennepin Theatre Trust.

If Brilliance! has any excesses, they are in that very American (or, some here would say, Texan) department of size: Its free art showcases are spread across 15 city blocks and display work by more than five dozen Minnesota artists. According to HTT, this broad swath of paintings, sculptures, interactive exhibits, and more is the largest storefront window art program in the United States. The displays fill and decorate street level windows and, in many cases, second stories as well; many can easily be seen while driving up and down Hennepin Ave, and scrutinized while waiting at stoplights. For those wary of the outside climate, several displays snake through the interior of Skyway-accessible buildings.

The lead organizer for this event was Joan Voderbruggen, the Cultural District Arts Coordinator for the Hennepin Theatre Trust, with submissions reviewed by a large, 17-member panel. The scale of the diversity is also noteworthy, with an equal number of male and female artists contributing, 46 percent of who are from communities of color. Financial support was provided by Andersen Windows, a longtime Minnesota-based company with a distinct interest in the medium of display; a related teen art project was sponsored by Best Buy. Marin Restaurant and Bar hosted the launch party and gave up its outdoor bar for the erection of a large gingerbread house as part of the exhibition.

For a full listing of Brilliance! Made Here displays, list of events, and sample tour routes, go here.