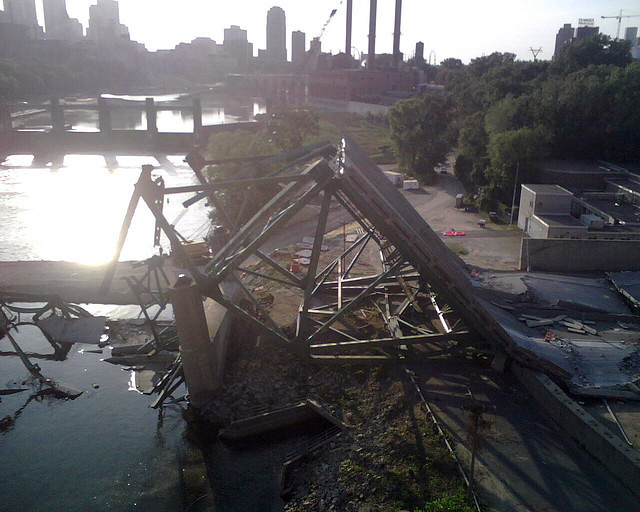 Every Minnesotan remembers where they were when they heard the news about the 2007 collapse of the I-35W bridge over the Mississippi River—and where their loved ones were, because the first thing everyone wondered was whether there was any possibility that someone they knew might have been among the 13 who lost their lives in the tragic accident. On August 1, Mayor R.T. Rybak and artists from different disciplines including theater, music, and literature will lead a ceremony of remembrance in the courtyard of the Mill City Museum, among ruins left by a 1991 fire that, mercifully, caused no human casualties.