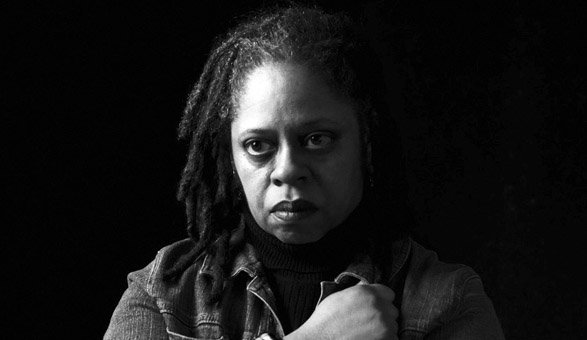 Writer, performer and visual artist Brenda Bell Brown, renowned Twin Cities fixture, utilizes the concepts of art and culture as more than an aesthetic pursuit. She successfully realizes them as a community resource.

Point in case, a mere partial listing of her accomplishments includes membership in such prestigious institutions as the Black Storytellers Alliance, the Archie Givens Foundation Black Writers Collaborative, and, in her native Tennessee, the Blues City Cultural Center. She earned as well a 2010 Minnesota State Arts Board Cultural Community Partnership Grant and twice sat as a cultural liaison to the Minnesota State Arts Board.

Indeed, to Brown, culture and community are inextricably part and parcel of life itself. “I was raised in a community of artists,” she recently told the Minnesota Spokesman-Recorder by email.

“Individuals who pursued the living arts, who sewed because the local high school needed majorette uniforms or the choir needed robes. Who sang because they needed someone to sing an opening to a church service. Who recited poetry to incite riot, to invite reflection, or to inspire aspirations to go a higher grade in school, a better position at work, or…a better neighborhood. Those seamstresses, singers, orators were my teachers, preachers and neighbors.”

Hence, she makes an actual difference in an arts scene where culture tends to be cosmetic, proffered by head-fake performers with a great deal more rhetorical sizzle than substantive steak. She goes on to say, “Their influence in my life came when similar folk were doing the same in similar neighborhoods throughout the nation, guided by the themes of Black Power and unity and civil rights, equal opportunity, justice for all. It is the way of my artistic life.”

A graduate of Brown University (BA in theater arts) — no, it’s not her very own, personal institute of higher learning — she went on to earn a Master of Arts at Hampton University and has taught theater arts for institutes in Minnesota, Tennessee, Rhode Island, California and Virginia. All in all, not too shabby a track record.

Presently, she’s a Minneapolis Arts Commissioner, in year three of the appointment and feeling “effective” in her contribution to the Commission. “[My] main focus is to drive home efforts the city makes to address the disparities of engagement and equity when it comes to advantages of the arts to bring economic vitality to neighborhoods and artists of color. Consistently, both have not been on par with predominantly White counterparts when it comes to economic vitality invigorated by arts activity.”

And, as time permits — she’s constantly juggling a tight schedule so furiously she’s liable to, sooner or later, walk in one door and pass herself coming out — she wanders through the halls at KFAI-FM Fresh Air Radio, where she spoke with the Minnesota Spokesman-Recorder in Studio A, sitting, sipping tea, cordial, seriously holding forth.

“[I was] Friday music host for Morning Blend. I have produced a couple of Black History Month shows and some Wave Projects.” In early March she hosted at the station an International Women’s Day production, “Dynamic Endeavors: Sisters Helping Sisters Effect Change.”

So far as further qualification in radio journalism goes, Brown has interviewed, among other individuals of singular consequence, Dick Gregory, Jesse Jackson and Edward Kennedy.

In 2013, as a Springboard for the Arts Irrigate Artist, Brown premiered in the film short “There but for the Grace of God,” dealing with homelessness. “This artistic effort,” she says, “was produced during a great time of personal convergence: I became totally given to completing the rest of my life, on the other side of age 50, as an artist.

“Art has always been my vocation — my life passion. I experienced writing, performing, producing visual art as a natural occurrence of everyday life while growing up in Memphis, deep-rooted in the history, culture and tradition of Southern Black Americana.

“Seeing our society in need while time-honored cultural traditions bleed dry for me is not a random act. This project was realized in partnership with fellow Face Forward artists and talented friends, community organizations (i.e., Aurora/Saint Anthony Neighborhood Development Corporation) and community folk who saw the importance of chiming in on the issue. I look forward to creating more film works in the future that do the same.”

The public does well to similarly anticipate the future work of Brenda Bell Brown.