I’ll bet you $3.50 you’ve never had breakfast at the place I just had breakfast. With my winnings, I’ll buy you an order of the best biscuits and gravy you’ll find in these parts. The place is a bar called “For Pete Sake’s” in Arkansaw, Wisconsin, and yes, that’s how it’s spelled, don’t ask me why. 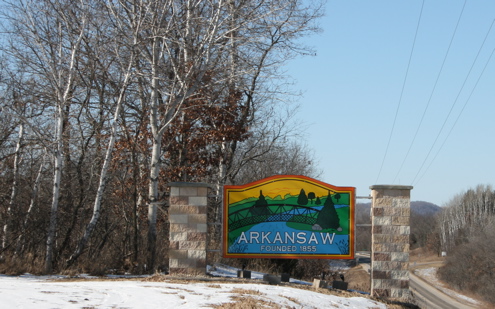 Pete’s was named by its proprietor, Perry “Pete” Anderson. Pete bought it from Steve Knowlton and Bill Rocheleau, formerly of Lucia’s, who had been running it as a fancy bistro called “Easy Creek.” If you’re a foodie with a good memory, this may be ringing a bell: City Pages gave Easy Creek a “Best Restaurant in the Middle of Nowhere” award in 2003.

By 2005, Easy Creek was struggling, despite its excellent reputation. Pete put his money down, and the foodie crowd split. Now it’s a place where locals congregate to drink mightily, hold pool and darts tournaments, and eat some down-home cooking. 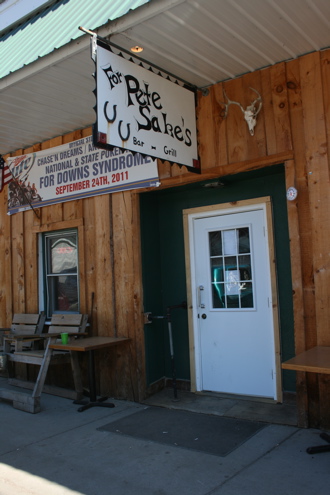 I’ll tell you a few things about Pete’s, so you can decide if you want to make the 72-mile trip from the Cities (which is a very scenic drive, even in this brown winter). 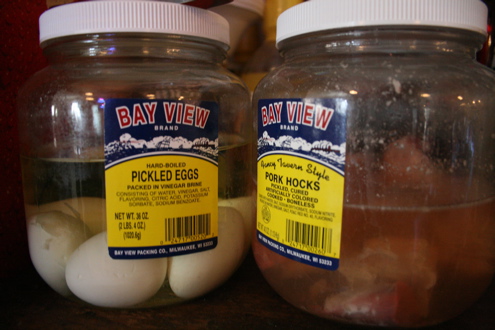 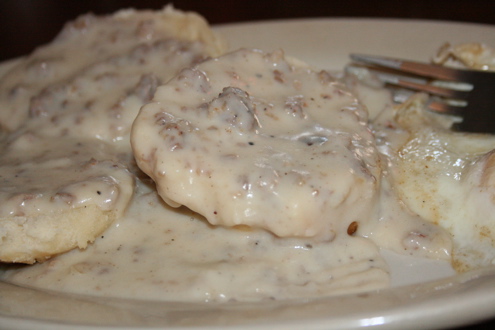 The cook says his name is Beans. He says he can’t tell you his real name because of the witness protection program, but I’m pretty sure he’s joking. Then he concedes that his name is Jeff Hagenkord, he’s from Milwaukee, he was in a band, he got in some trouble, and he thinks that rich white wannabe rappers in suburban Milwaukee must really hate their parents. He’s been around the block a few times. 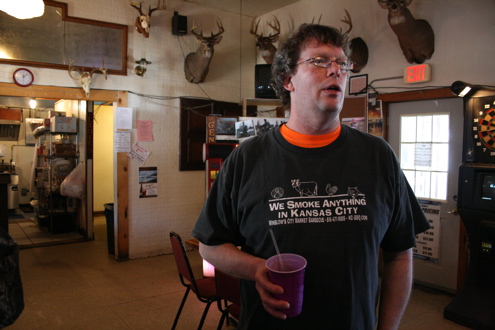 Beans started at Easy Creek as a dishwasher and learned about cooking from the pros. He knows what he’s doing. His biscuits and sausage gravy are light and fluffy; the fresh-tasting biscuits are covered — not smothered — in a creamy, delicate sauce, with just the right amount of sausage. 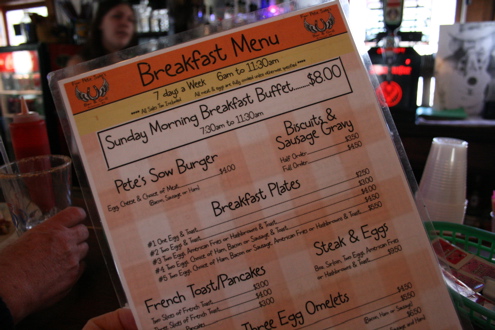 I recently ordered the same thing in a trendy new Minneapolis restaurant boasting local, organic ingredients, and I got a plateful of gnarly, glutinous blobs. Beans makes his biscuits and gravy from frozen stuff that comes on a truck from–wherever. I think the moral of the story has to do with the inadvisability of putting lipstick on a pig. This is a dish that you only ruin by gussying it up. 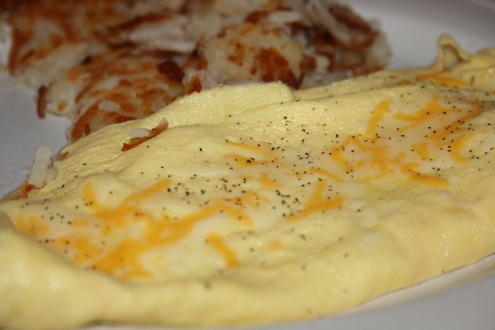 Bruce ordered a cheese omelet, which he described as a standard flat-top type, skillfully prepared, perfectly cooked. He also liked the hash browns, although they were a tad mushy for my taste. The coffee is Folgers, which Kate makes extra strong to compensate. She also insisted that we try some of the liqueurs that people are doing shots of these days: RumChata (frighteningly delicious) and Kinky (just plain frightening). Yeah, it was ten in the morning, so? This is Arkansaw. 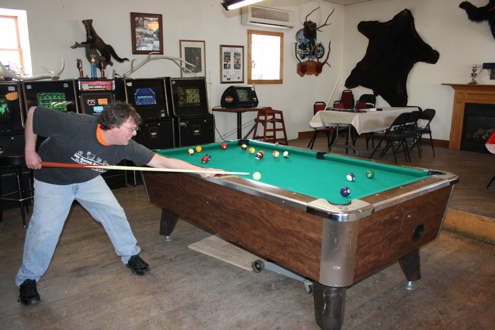 Beans is also proud of his burgers, and I’m going to take his word for it until the next time I get over to Pete’s. Arkansaw is a nice place, Beans told us. People will always help you out when you’re in a jam, even if they can’t stand you the rest of the time. Others at the bar agreed with this. Pete’s isn’t necessarily a place to nurse a solitary, moody drink, although everyone would respect your attempt to do that. It’s a place where everybody’s got an opinion and they’re happy to share it with you. 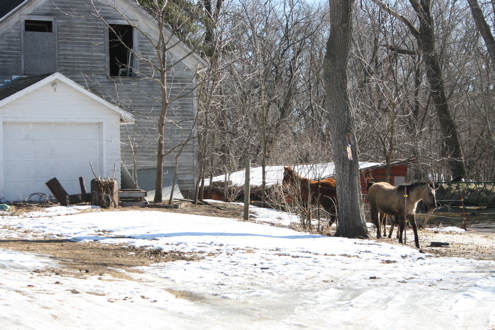 You can’t see it in the winter, but there’s a creek running behind the building, and some horses live across the street. Summer is nice there, if a bit rowdy. You won’t usually run into Pete, because he’s got a lot of other irons in the fire, but you might meet his brother, Chap, or his dad, Arnie. If you get there too late for the biscuits and gravy, order the pickled pork hocks and a beer. I’ll bet you $3.50 you’ll like them. 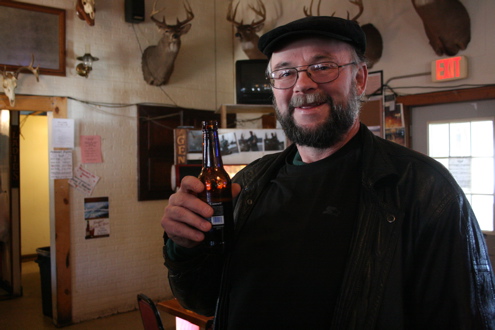 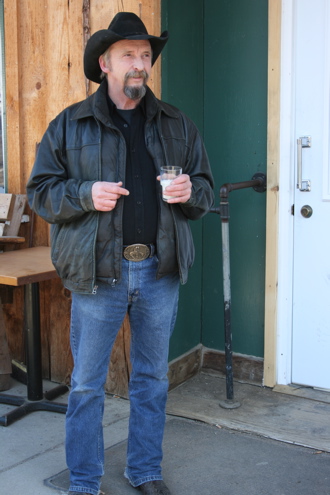