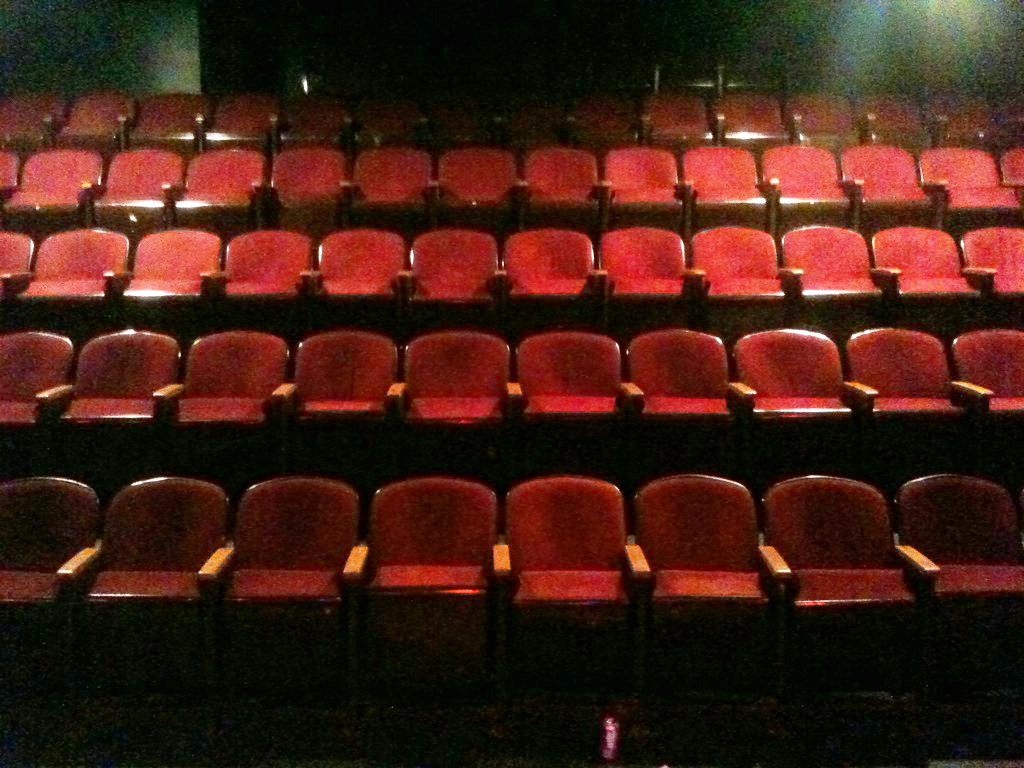 It was a little misleading of me to tweet the above photo from the Gremlin Theatre with the caption, “I’m about to see a classic of existentialist theater. The audience looks just as you’d expect.” After all, I was the first person in line when the house opened. But at the 5:30 performance of the Gonzo Group’s Minnesota Fringe Festival production of Box and Quotations from Chairman Mao Tse-Tung on Wednesday, I was still ultimately only one of four people in the audience.

Though the sparse turnout probably disappointed the producers, I can’t imagine it shocked them. The relatively new company specializes in producing uncompromising experimental works from the mid-20th century, and that kind of material almost dares the audience to disappear. It’s a strong drink of theater that’s enormously important—that’s why I made a point to see Box and Quotations at the Fringe—but it’s not for everyone. In fact, some of it is hardly for anyone.

Box and Quotations are two separate but interrelated plays by Edward Albee. The Gonzo Group performs them, as Albee suggested, “enmeshed”—first Box, then Quotations (which contains excerpts from Box), and then a return to Box. This is Albee at his thorniest: don’t expect Virginia Woolf. Box features no actors onstage at all, and the four characters in Quotations recite their lines in turn, not in dialogue. The characters’ lines seem to bear no obvious relationship to the other characters’ lines; it’s left up to the viewer to muse upon the relationships among the characters.

Like the Gonzo Group’s other productions (see my reviews of their No Exit and Waiting for Godot), Box and Quotations is (are?) performed with conviction and skill on a bare-bones set. In casting (click here for their explanation of why they don’t name names among members of their creative team), the producers depart in interesting ways from Albee’s instructions: young women play both Mao (whom Albee specified “should be played, ideally, by an Oriental actor who resembles Mao”) a character referred to in the script as “the Old Woman.” If there’s anyone else within 100 miles of the Twin Cities who cares to further consider the implications of this casting, you were probably at the show, so I’ll let you discuss amongst yourselves.