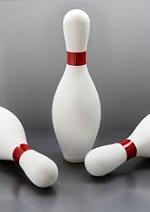 The 2010 Minnesota Fringe Festival is history.

I saw a show in every slot again this year, including the encore. 56 performances, 53 shows (Three I went back for a second look, one of those I even had a very odd cameo appearance in). 29 reviews down, 24 to go.

The day after the Fringe, an epic Fringe Decompression podcast with Josh Humphreys and Nick Decker for Twin Cities Theater Connection, which should be posting in the near future.

Back at the day jobs, a lot of catching up to do.

And of course there’s a play to write (the first of a couple, actually, which is nice)

Tomorrow, I head down to Winona with two vanloads of teammates for the Ragnar Relay’s Great River Run. It’s a 24 hour run from Winona, up along the Mississippi River on the Wisconsin side, and back into Minnesota around Stillwater, running on back to Minneapolis. 192 miles. 12 runners, doing three legs of the relay each. I’m the 6th runner on my team, last in my van (Van 1)to go, handing off to the 2nd half of the team in Van 2 when I’m done. We got a late start time for our team (2pm), so I won’t be starting my first leg til around 6pm. 8.3 miles. Then I’ve got a breather til around 3:30 in the morning Friday/Saturday, when I run another 7.1 miles. Then my last leg will hit around 11:15 in the morning Saturday, only 3.5 miles. That one’s rated “Moderate,” my first two are both rated “Very Hard” (gulp). 18.9 miles total. Needless to say, I scheduled myself off from pretty much everything on Sunday.

And because that’s not quite enough to completely derail the blogging for a few days, how about we throw in a bowling night fundraiser for my new artistic home, Urban Samurai Productions?

You can get your tickets online or at the door.

Also, they’re raffling off three monster prize packages – $10 per raffle ticket, or you can get 3 for $25. Here, too, you can order raffle tix online now, or grab yourself some the night of the event. Better yet, why not do both?

Gift card for your choice of activity at Mystic Lake

Bottle of Wine from Wine Time

“Urban Samurai Productions is celebrating Season 2010 by knocking down pins! Everyone’s invited to the Park Tavern to join us for unlimited bowling, raffles, games, karaoke, and general merriment. Whether you’re the King Pin or Gutterball Grand Poobah, it’s sure to be a smashing good time, all supporting theater with Urban Samurai!

Bowling on the lanes with karaoke! A raffle with FABULOUS prizes and bowling challenges for awards! HILARIOUS entertainment! Drinks and food available in the restaurant and bar for purchase. Because this is a grown up event, Park Tavern requests that all guests be 21 or older.

What if you can’t make it? It can’t be true! Well, life happens, (sigh). But don’t fret. You can still share in the fun by entering the raffle for fabulous prizes, or making a tax deductible donation to Urban Samurai. That way, you can be a part of making future productions possible.”