“I needed to write to express my gratitude towards ya’ll at the WPBP.  The empowerment the women here at the ….in the past six months has been noticed.  All of the ladies I happen upon who have a glow mention ya’ll.  I hear,’It’s the book I’m reading.’ I was changed by a book…I’m sharing it with my family.”   It makes a difference.”

The note from a woman inmate to the Women’s Prison Book Project (WPBP) shows the importance of books in the lives of inmates. Anyone who has ever tried to share a book with an inmate – or who has been an inmate – knows that it takes an organization such as WPBP to get through the physical and political barriers of censorship, indifference, bureaucracy or outright resistance to the free flow of information and ideas through the bars.

Making a difference is the reason a cadre of volunteers gathers every Sunday to pack and mail mountains of donated books to women inmates throughout the nation.   Each week they pack up approximately 100 books, to be shipped at a cost of just over $1 each.

Since 1994 WPBP operated out of the Arise! bookstore. Even after Arise! closed its doors, WPBP continued to collect donations, pack and send the books to eager readers, so the project maintained on good will and less than a shoestring.

Today, WPBP is celebrating new life. Everything changed when Boneshaker Books, a collective of former Arise! volunteers, opened its new site on 23rd Avenue South  just off Franklin in the Seward neighborhood. WPBP was able to pack up and move in with Boneshaker.  So today both are operating in bright and open space with high visibility and high hopes of engaging a broader public in the work that continues.

Members of the informal WPBP collective are still sorting and shelving, even as they promote their annual fundraiser, which they hope will break all participation records.  Funds from the event are the sole support for the project, with virtually all of the funds going for postage and supplies.

The potential readership of incarcerated women and transgender prisoners is immense.  The WBPB website reports that, “of the more than two million people confined in US prisons and jails, over 150,000 are women.  Eighty percent of these women are convicted of nonviolent crimes” such shoplifting, prostitution, fraud or drugs.  The website further notes that “the vast majority of women convicted of violent crimes were defending themselves or their children.”

WPBP focuses on state and federal prisons where inmates are incarcerated for longer terms – they are too overwhelmed to keep up with short-term inmates in county and city jails.  The project gives priority to Minnesota facilities, and women at the U.S. Federal Correctional Institute in Waseca are their best in-state customers.  WPBP takes special care to address the reading and information needs of women in medical facilities.

Members of the WPBP collective are clear about their needs:

Books! New or used paperback books only – no hardcover or spiral-bound books because most prisons do not allow them.  WPBP says they attempt to interpret and then meet the individual reader’s needs. The most requested topics include drug and alcohol recovery issues, English and Spanish language dictionaries, fiction and non-fiction by people of color, queer fiction and non-fiction, abuse issues, health, arts and crafts and mystery/horror novels.

Time! Help with the Sunday pack and mail sessions.  Other volunteer opportunities include selling book donations that cannot be used by WPBP, soliciting donations and publishers and organizations, opening letters from women in prison, translating letters, and otherwise keeping the wheels in motion and the facility in order. 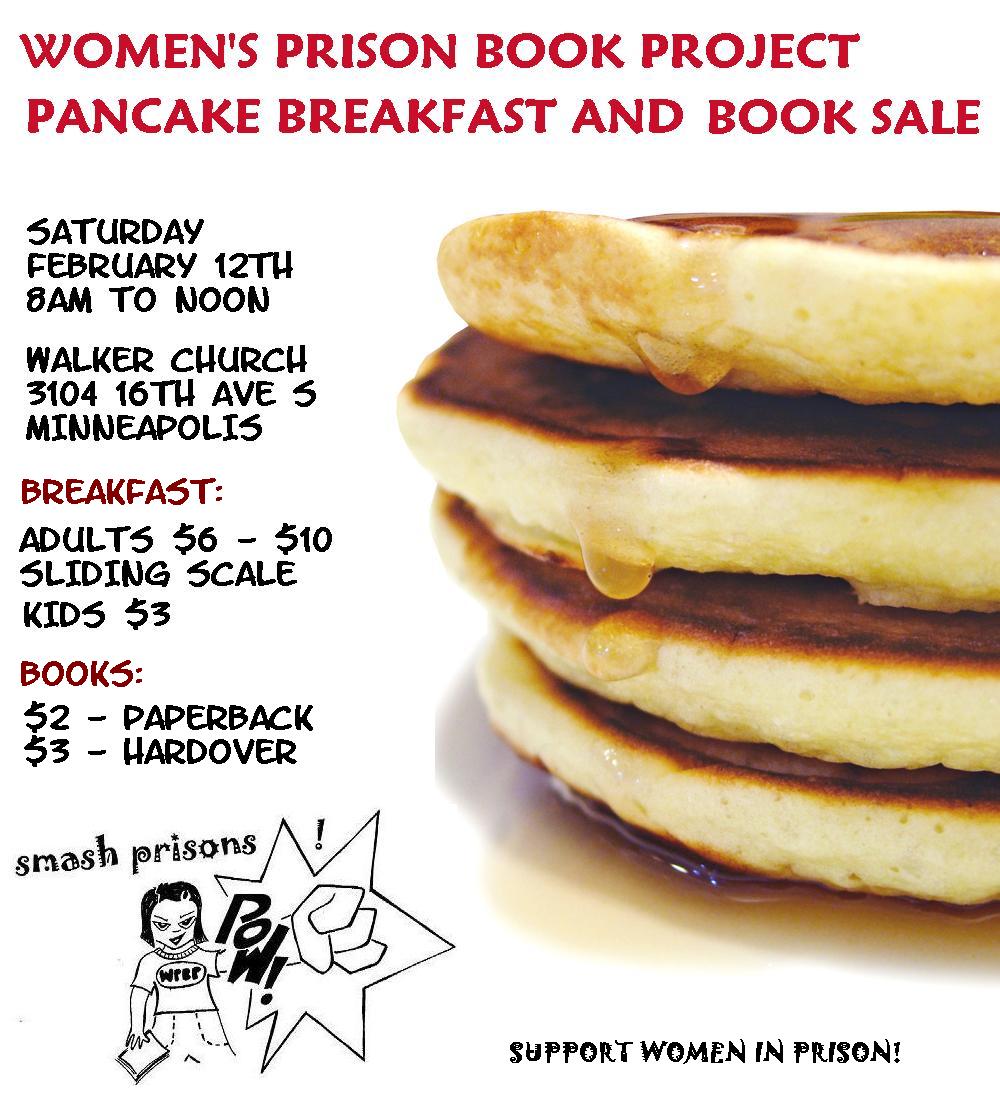