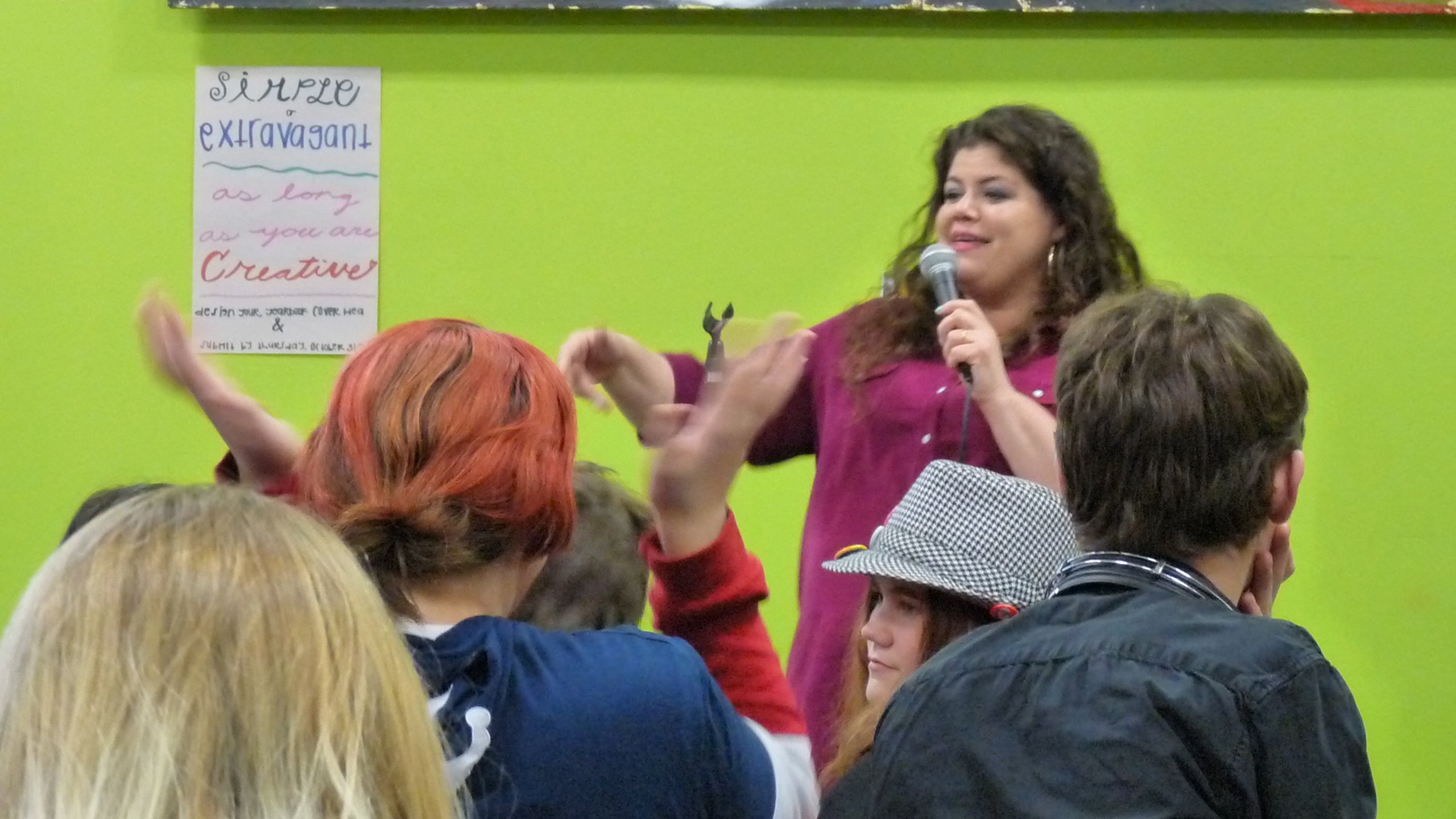 When I read Rainbow Rowell’s novel Eleanor & Park, I thought it was a wonderfully written account of a year in the life of two sixteen-year-old misfits in Omaha, Nebraska. Later, when I heard that it was being challenged by the Anoka-Hennepin School District, I could not begin to understand why. When Rowell came to speak at a community event at the Avalon school in St. Paul on October 30, I talked with her about the book before her main speech.

Eleanor & Park rings true to teen life. Anybody who was not lucky enough to have a parent or friend give them a ride to school knows the delicate situation that is finding a seat on the school bus. I was right there with Eleanor Douglas on her first day at a new school as she walked down the aisle of the bus, looking for a place to sit, only to be met with unfriendly stares and informed that empty seats were still unavailable because they were saved for someone else. She finally sits next to Park Sheridan, and what starts out as an unlikely friendship turns into their first real love.

At Avalon, Rowell explained that she was fascinated by the differences between falling in love as an adult and falling in love as a teenager. “When you fall in love at that age, especially for the first time, you fall in love with every cell in your body,” Rowell said, but, “first love is usually not a lifetime partnership, and I got stuck on the idea that that is really tragic.” I loved how aware Eleanor is of this fact as she thinks about her relationship with Park, and I loved seeing that pragmatism fall apart as they fell in love.

TC Daily Planet interns went to the author reading at Avalon School. Here’s what they found:

My favorite thing about Eleanor & Park was how relatable it was. I was a little nervous about how much I would enjoy a story set in 1986, but Rowell makes her characters so accessible that at times I forgot entirely that it was set almost 30 years ago. A scene where Eleanor is reading Watership Down made me think of when I had to read the book my sophomore year of high school. As Rowell said, “The book is not about 1986. There is nothing that happens to these characters that could not happen now.” Rowell said that she chose to set the story in the 80s because that was the time when she was her characters’ age, and, as every one of her readers knows, everything is just more poignant and vivid at that time in your life.

I also especially liked that the story is told from the point of view of both of the main characters, alternating throughout the chapters. This gives a unique perspective to the book that would be missing if it were narrated only by Eleanor, as it was when Rowell began writing it. She said that as she wrote, she “was curious what the boy was thinking, and it felt very natural,” to include his point of view as well. This style really lets the reader see how in spite of the different lives Eleanor and Park live outside of school, they both fall head over heels in love.

One of the sources of controversy surrounding Eleanor & Park is the use of swear words throughout the book. Rowell talked about how there are different contexts in which the swear words are used, and not all of them are bad if the reader pays close attention.

“I used [the stepfather’s] swearing to show how oppressed [Eleanor] was by him,” Rainbow said, “It was bizarre to me that it was taken so far out of context.”

Julie Blaha, the president of Anoka-Hennepin Education Minnesota (the librarian’s union), agreed that the swearing had been taken out of context. She said to MPR that the parents who objected had, “catalogued every word, looked at every word, but haven’t really read the story … The idea that this is so easily defined simply by a list of words is problematic.”

Eleanor’s home life has also been a source of controversy for the book, but as Rowell said, “Even people who have hard or violent lives should get to tell their own stories. Just because things in your life are ugly doesn’t make you ugly.”