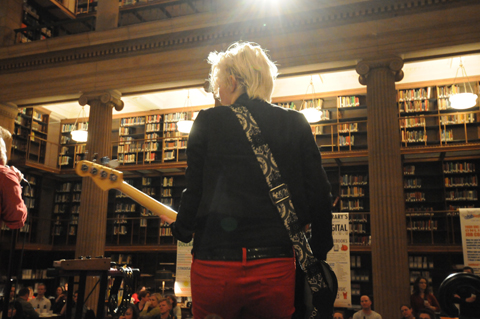 You know what the worst part about living in the Twin Cities is? The separation between Minneapolis and St. Paul. When I first moved here I had heard all sorts of talk about how Minneapolis is for the young and St. Paul is for the old, or those who act like they’re old. And while maybe it’s that I’m three years older than I was when I arrived in this fair city, but St. Paul is starting to look pretty good, especially with the light rail plans well underway. St. Paul is kicking up its game lately, and all of the awesome haps at the St. Paul Public Library make it pretty clear that the city is a fun force to be reckoned with.

Last Thursday Jay Gabler and I made our way to St. Paul (a place we both agreed that we don’t go to enough) for the last of this season’s Loud at the Library, Book It: The Party events. For the past three months the Friends of the St. Paul Public Library have been hitting the mid-twenties/early-thirties demographic hard with a night of music—bands from this go-round included Black Blondie, Murzik, Chastity Brown, and We Became Actors, trivia hosted by the ubiquitous Jeff Kamin, and free beer from Summit (okay, just one free beer if you had/signed up for a membership to the library, but any free beer is good free beer, especially when that free beer helps to support a library).

While I was a little sad (sorry Jeff) that the trivia was music trivia rather than literary trivia—though there was a little of that mixed in—I was excited to see that the prizes were so fantastic, and such a draw for the attendees. (Mid-trivia, Jay leaned over to me and said, “I’m not writing about this event, but if I were I’d definitely note that this is the only event where you can get beer and hear someone yell ‘George Eliot, yeah!’”) At the beginning of the night I went from table to table asking folks general questions about why they had come, if they had come before, and where they were from. Generally it seemed that people were most excited about the prizes (I should note that Jay and I came in second place, winning two tickets to the Science Museum and lunch for two at M. St. Café, both of which he generously gave to me), though others said they enjoyed the fun atmosphere and just being in the James J. Hill Reference Library—which was absolutely beautiful, cozy, and surprisingly acoustically sound during the rocking performance of We Became Actors.

If you missed all of the events, don’t worry. From what I hear there will definitely be another Book It: The Party series, but not until the fall. In the meantime, definitely keep an eye on the Friends of the St. Paul Public Library calendar for awesome stuff to do, and also consider attending their upcoming Minnesota Crossword Tournament—you may attend either as a competitor or a spectator (a 100-percent discount applies for members who just want to watch). 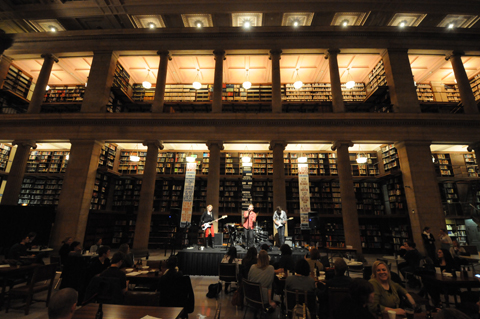 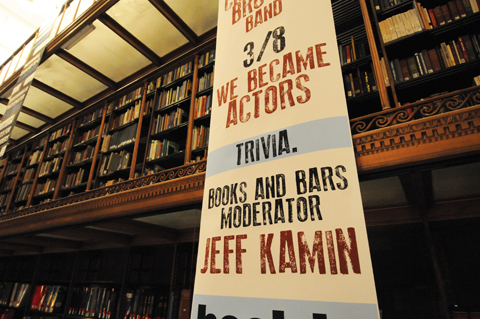 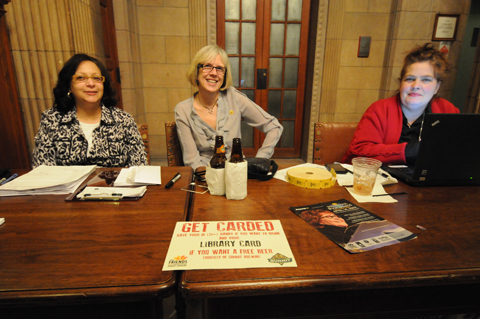