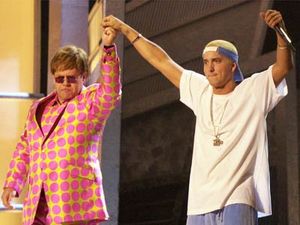 Brian McClung, the independent expenditure fund’s director, repeated State Senator Terri Bonoff name at least a dozen times in the show taped Thursday, attempting to demonstrate through repetition that his group was indeed bipartisan in endorsing the suburban Democrat, not simply a vehicle for electing Republican Tom Emmer governor.

The outbreak of Bonoff-Tourette Syndrome was painful in light of Bonoff’s statement Friday:

“I have always worked hard to maintain a constructive relationship with the business community that puts the needs of our state first. I’m also proud to have a voting record that reflects my commitment to equal rights for the gay and lesbian community, opportunity for working families, and the importance of a high-quality education.

“I am, however, concerned about the effect of the Supreme Court ruling in the Citizens United case, which opened the door to direct corporate spending in political campaigns. This new influx of money, combined with self-financing millionaire candidates, threatens to drown out the voice of the people who are supposed to be deciding our elections.

“I remain committed to Minnesota’s long-standing and proud tradition of campaign finance laws that give everyone a fair chance to have their voice heard and force candidates to focus precious resources on the issues that matter most. I will continue working to defend these laws in the Legislature and call on the members of our state’s federal delegation to provide the leadership we need on this issue in Washington.”

Unlike MNForward, which had shrugged off a heatwave of criticism, protest and boycott generated by Emmer’s extremist social agenda, Bonoff refused to discuss business concerns in the absence of equal rights for the gay and lesbian community or opportunity for working families.  She capped it off by stressing the need of campaign finance reform laws that could curb the power of corporations.

It’s subtle, but Bonofff’s statement underscores the uneasiness many Minnesotans feel about corporatism, and their ability to suss out the danger in Emmer’s whole agenda. Feeling the combined punch of anti-worker, anti-LBGTQ, and anti-immigrant proposals and legislation, they’re pretty turned off. That Minnesota business leaders–like Target corporation–would trade fair and decency toward all people in exchange for advantages in the business climate trips a lot of bullshit detectors.

The groundlings are getting it, and it’s not one message that’s helping us connect. It’s the whole picture of the Emmer who dismisses the concerns of communities as “personal” and somehow not a legitimate political concern.

But another symptom of Bonoff-Tourette Syndrome has its entertainment value as the contagion spreads: the contortions that Republican run through to prove that Tom Emmer isn’t anti-gay. Witness a pair of tweets by MNGOP associate chair Michael Brodkorb:

On his website Tom Emmer says he supports an amendment to the state constitution to limit marriage to an institution between a woman and a man.

Now we learn that Emmer agrees with Barack Obama:

Barack Obama did vote against a Federal Marriage Amendment and opposed the Defense of Marriage Act in 1996.

From the White House Web site: President Obama supports full civil unions that give same-sex couples legal rights and privileges equal to those of married couples. Obama also believes we need to repeal the Defense of Marriage Act and enact legislation that would ensure that the 1,100+ federal legal rights and benefits currently provided on the basis of marital status are extended to same-sex couples in civil unions and other legally-recognized unions. These rights and benefits include the right to assist a loved one in times of emergency, the right to equal health insurance and other employment benefits, and property rights.

Elton John’s position is for civil partnerships as well. Does the Republican Party of Minnesota’s socially conservative base know that Tom Emmer supports civil unions? Will we see Sir Elton John and Emmer embrace at the next rally?