For folks not experienced with the “nuts and bolts” of ice fishing, such a trip is a great way to get introduced to this Minnesota tradition. Everything was taken care of including the six hour bus ride, lodging and meals at Ballards resort, fishing gear and a warm ice house.

Almost all of the other anglers were from the Twin Cities area, but one family came all the way from Illinois to experience “catching fish through the ice.” Another recently retired couple had never ice fished, and they were anxious to learn the “how to’s” of the sport.

Our trip leader was Bill Sherck who is the popular host of MN Bound. Bill’s first task was to get us in one of six Bombardiers, or Bombers as they are called, for the one hour trip out to the ice houses on the lake. Think of a Bomber as a bus with treads that make it look like a small tank. Six anglers are shuttled out in each Bomber to their ice house on the massive lake. The ice and snow on the lake is over 4 ft. thick so there is no need to worry about thin ice as “you could land a 747 on this lake.” 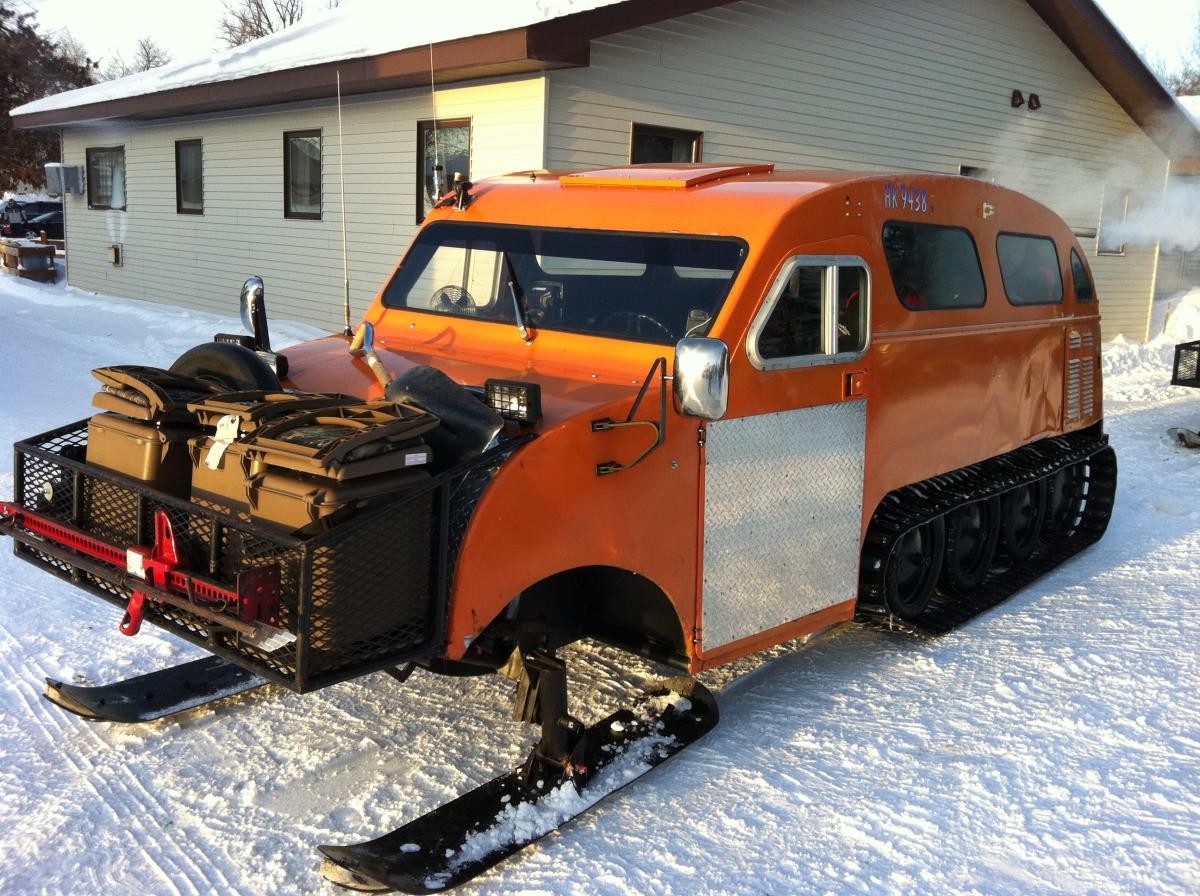 While the Bomber is designed never to get stuck in the snow, that is not always the case. Three of them were stranded on the lake the day before when a blizzard hit. All of the stranded guides and anglers were rescued by other Bombers from resorts around the lake. These folks seemed very amused reliving their rescue stories with us at the lodge the next day.

After the first day of fishing, it was a pleasant surprise to learn that the couple who had never fished had caught the most walleye and perch of any group. I had some good luck too catching a nice 27” “monster” that I released because of the regulations on the lake prevent keeping the largest, best spooning fish. The group returned to the Twin Cities with some nice limits and great stories to share. 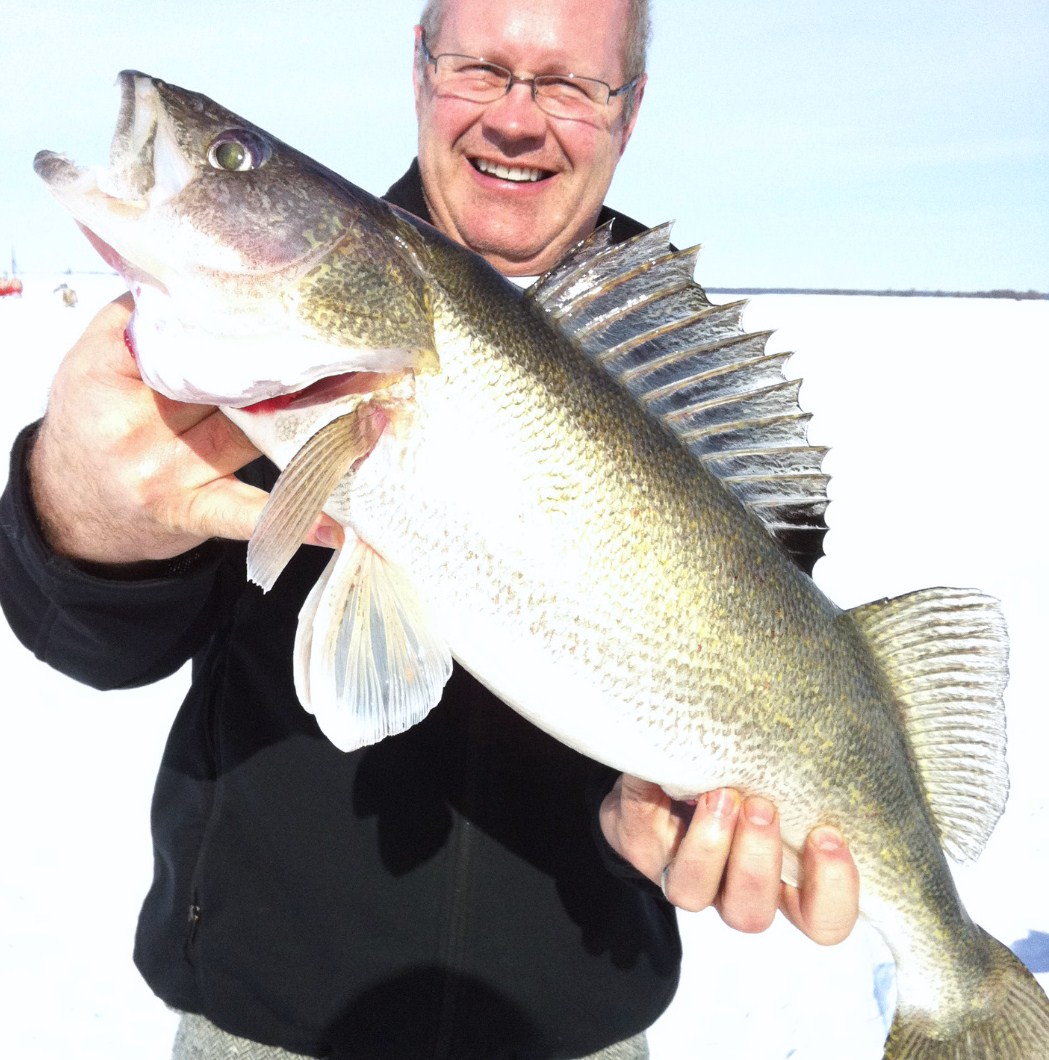 For many anglers, a trip to the lake wouldn’t be the same without a couple of “bottle bass” or beers to bring along. A great way to accomplish that goal is to brew your own beer.

For the past few months, my wife Cynthia and I have been brewing our own beer from scratch. What started as a beginner brewing kit bought as a gift for Cynthia from William Sonoma has turned into a small brewery in our kitchen.

Here is the beginner’s kit we started with that worked well to get started: http://www.williams-sonoma.com/products/beer-making-kit/?pkey=cfood-beverage&cm_src=food-beverage||NoFacet-_-NoFacet-_–_-

After falling in love with the brewing process and beer, we upgraded our brewing equipment at Northern Brewer in Minneapolis and have become their best customer I’m sure. Here is their website: http://www.northernbrewer.com/

The barley, malt, and yeast needed for a batch can all be purchased online and sent directly to your home. We use water taken directly from the Fredrick-Miller Spring in Eden Prairie by Lions Tap. It is the perfect brewing water without any contaminants. 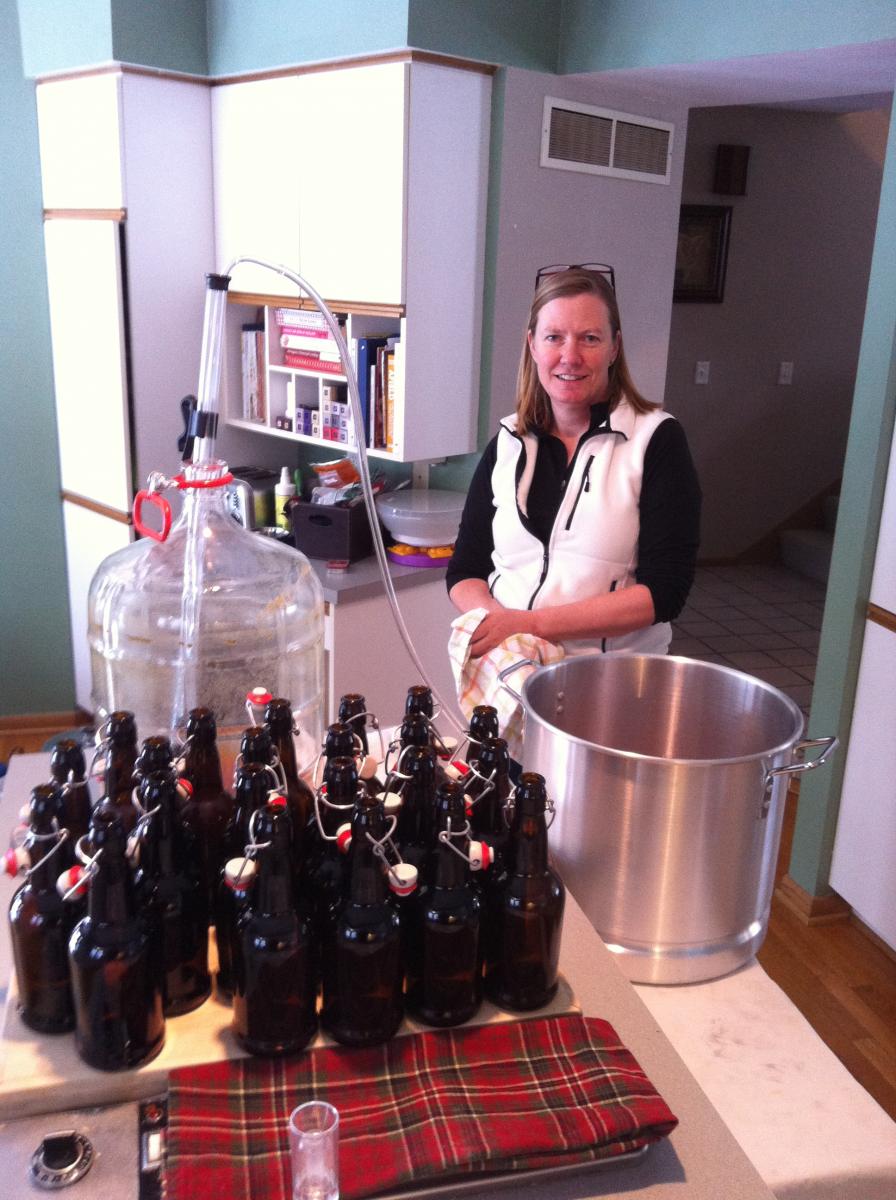 While it is nice to be married to a microbiologist who is part “mad scientist,” I can honestly say brewing beer isn’t that hard, the process is straightforward, and the beer tastes great (which is my main job.)

What better way to spend a cold Minnesota day than brewing a fresh batch of beer that is sure to impress your friends, especially in an ice fishing house!