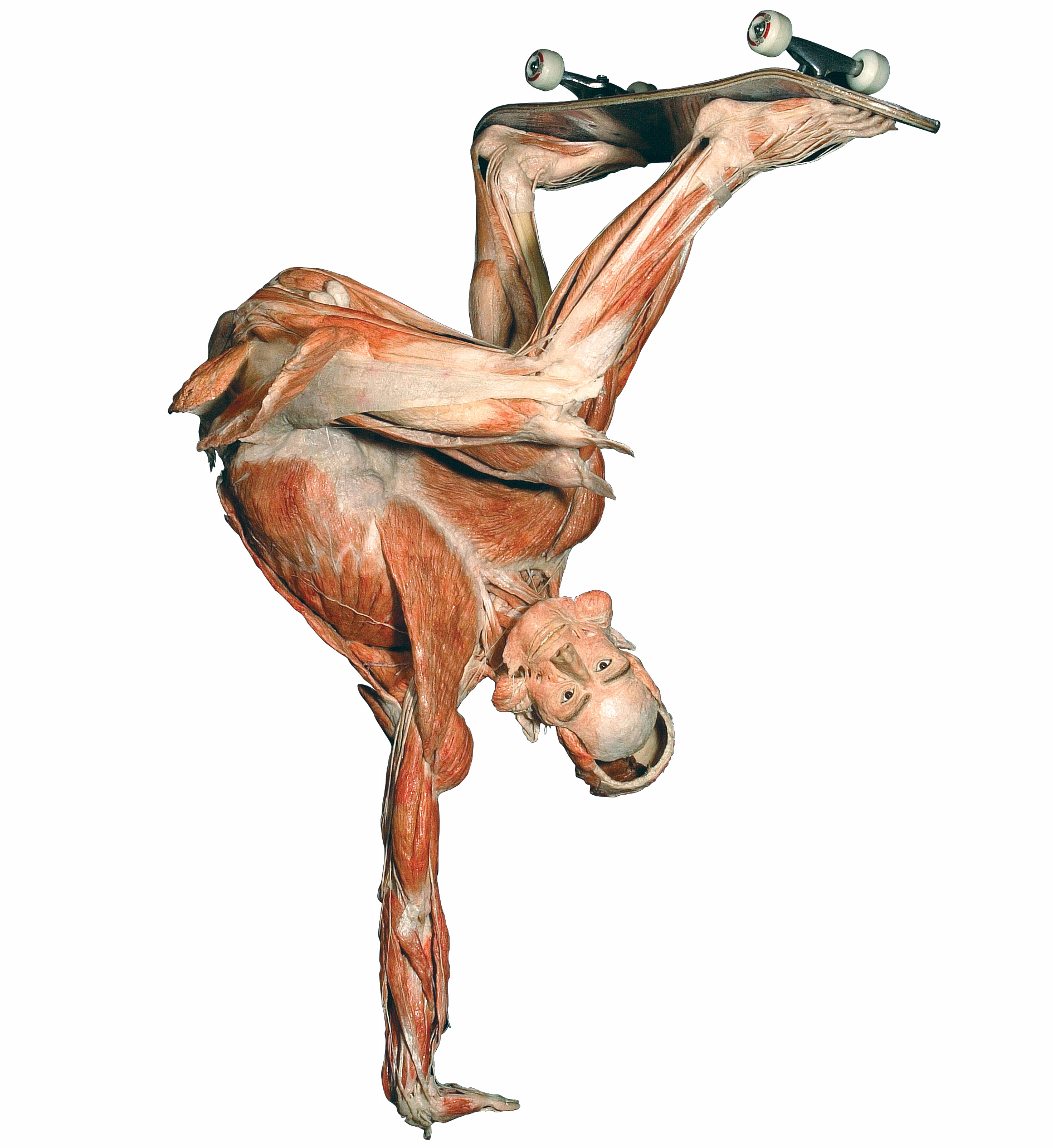 “There are no signs telling people to speak quietly in Body Worlds,” Mike Day, senior vice president of museum enterprises at the Science Museum of Minnesota, told me, “but we find that people choose to anyway.”

There’s indeed a quiet, contemplative atmosphere inside Body Worlds & the Cycle of Life. In part that seems to be out of reverence for the deceased individuals whose remains have been permanently preserved for visitors’ intimate appraisal, and in part it may be due to the sobering effect of the exhibit’s emphasis on mortality. Good health is “a very fragile” state, visitors are informed immediately upon entering the exhibit; system by system, you then learn exactly how and why your body is slowly but surely deteriorating. How soon in life does the deterioration begin? Put it this way: from the standpoint of peak physical efficiency, even Carly Rae Jepsen is over the hill.

The Body Worlds franchise is the product of a 20-year-old organization that sounds like it belongs in an Ed Wood movie: the Institute for Plastination, founded by—that’s right—an eccentric but brilliant German scientist named—wait for it—Dr. Gunther von Hagens. Under the Body Worlds brand name, von Hagens sends plastic-infused human bodies on global tours, where they’ve been displayed at over 50 different venues including a 2006 stop at the Science Museum of Minnesota. The enterprise has been so successful that it’s spawned competing exhibits featuring bodies claimed from…well, it’s best not to ask, and lawsuits have established that even the presenting organizations (unlike von Hagens’s outfit, which has a well-established body donation program) may not really know.

My visit to the current Minnesota installation was my first encounter with plastinated people, and there’s an undeniable fascination to seeing human bodies in what might be called a state of extreme undress: not only are they naked, they’re sans epidermis. In some respects, Body Worlds seems to be the next logical step after Hustler. The bodies’ poses are not sexual, of course (though the creation of plastinate pornography seems an inevitability); the poses in Cycle of Life are mostly sports-themed, a macabre X-Games that includes a skinless skateboarder, two hockey players notably lacking in padding, and a gymnast who’s been left with parallel skin rings in a preparation that takes Milla Jovovich’s Fifth Element costume to the next level.

The Body Worlds experience inspires contemplation of both the sacred and the mundane aspects of our corporeal forms. The human body is a wonderful machine, but after all, every schmuck on the street has one. So do you—but then, you only get one, and even the vastest reserves of money can buy only so many replacement parts. While it establishes all the ways in which our bodies give out, Cycle of Life also provides handy hints on how to keep your earthly ride in relatively good shape—don’t smoke, don’t overeat, exercise often—and wall-mounted aphorisms about aging and death. By the end, you feel like you’ve taken a tour of the Jack Handey Mortuary and Olympic Training Center.

Say this for the bodies in Body Worlds: they’re looking good, probably a lot better than the average embalmed corpse does after a couple years underground. Maybe that’s why the Institute for Plastination has received so many donations—over 13,000 people worldwide have volunteered for eternal lamination, including dozens of Minnesotans who enlisted after the cheerful corpses’ previous St. Paul stopover—that Dr. von Hagens has stopped taking new donors. You can’t stay young forever, but if you got your form to Deutschland before the cutoff, you just might manage to forever hang ten.