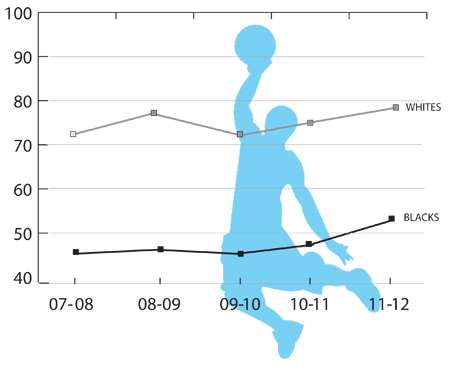 University of Minnesota Black male student-athletes are graduating at 50 percent or better for the first time in five years, though a significant graduation gap still exists between them and their White counterparts. For Black women, however, the gap widens.

The NCAA 2012 Graduation Success Rate (GSR) report in October noted that all U-M student athletes who entered either as first-time freshmen, entered at mid-year or transferred into the school from 2002-2005 are graduating at 83 percent. Yet, Minnesota’s Black male graduation rate is 55 percent, and 67 percent for Black females, while White males and females graduate at 79 percent and 95 percent respectively. 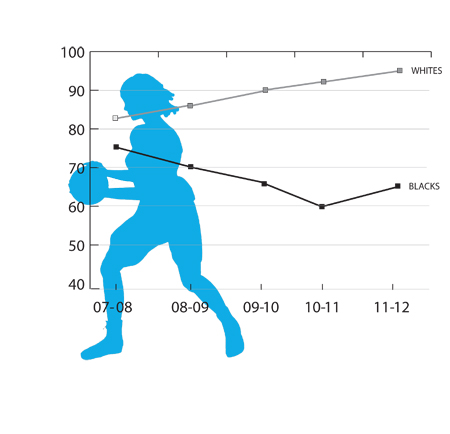 University of Minnesota Athletics Director Norwood Teague admits that the GSR report shows a disappointing picture of Black student-athlete graduation rates. “It is something that definitely resonates with me and we’ve got to continue to work on. We’ve got to improve on these rates,” he says.

Teague surmises that having in place an “excellent” academic counseling staff is crucial. “We now got an academic office and an academic advising staff in place that I think is excellent,” he believes. “I think because of that, in time those rates will go up.” 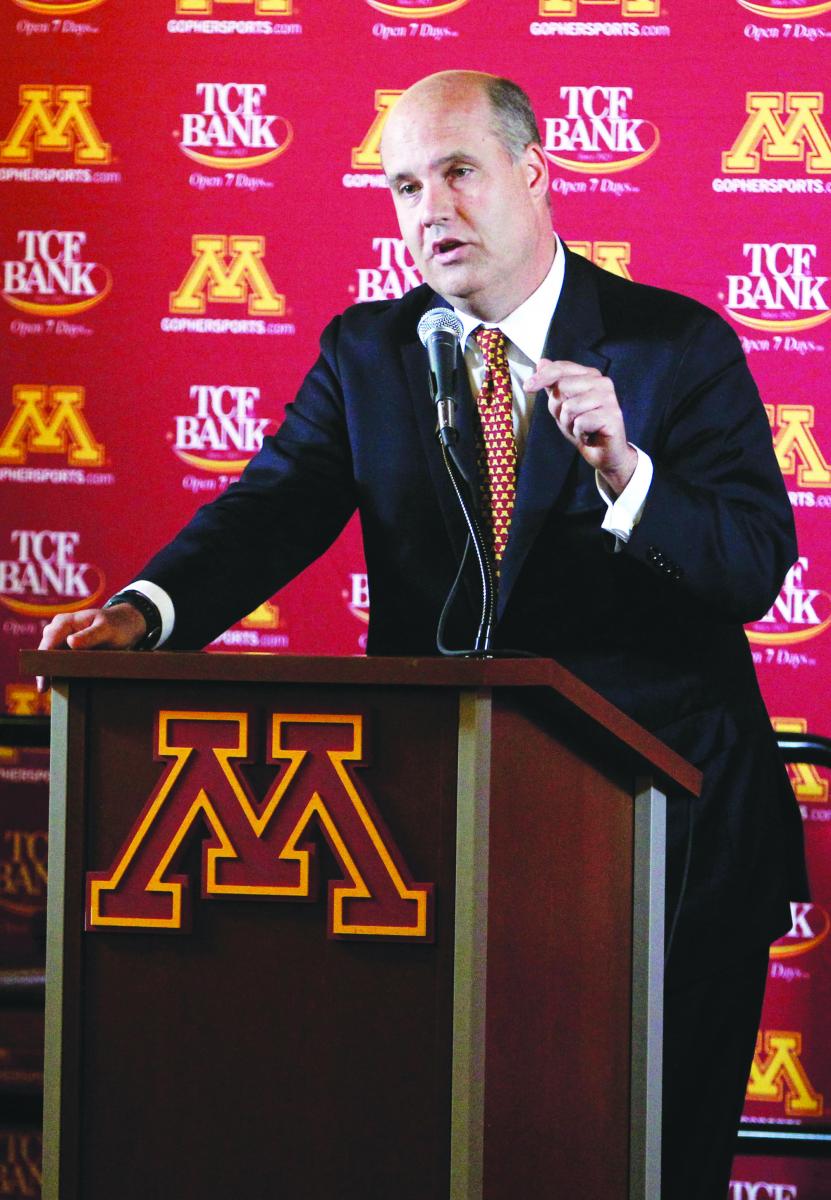 Left: Norwood Teague is the U of M Athletics Director (Photo courtesy of the U of M)

The U-M AD further believes that in order for graduation rates to improve, especially for Black student-athletes, “You have to have coaches that establish a culture in their program that academics are so important. With [Football] Coach [Jerry] Kill, I know we are doing that,” says Teague.

“While there’s some improvement, and you have to give credit to that,” says Washington State University-Vancouver Associate English Professor Thabiti Lewis on the latest GSR report, even a 50 percent graduation rate “is not something to applaud,” he points out.

“The bottom line is that there is a culture that is very much a corporate business” in college sports that seemingly is more concerned about profits that graduating its players, says Lewis, who has written extensively on race and college sports, and published Ballers of the New School (Third World Press, 2010), which discusses at length how college athletes, especially those of color, are often exploited by the schools.

“I think the mission of collegiate athletics have been lost,” Lewis says. When a student-athlete’s “number-one priority is remaining eligible to play,” seeing low graduation rates among Blacks as a result are expected, he says. “What is not in those statistics is the number of students who go through six years and only have half the amount of credits needed to graduate. It’s not like all of these ‘athlete-students’ are going into the NBA because there are only 350 slots.” 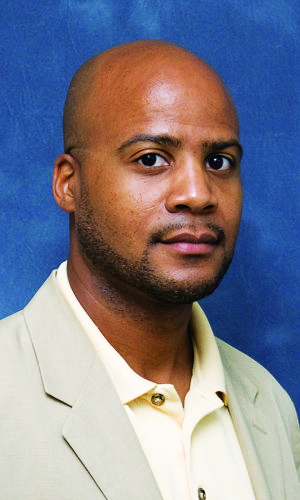 “I think the mission of collegiate athletics has been lost,” continues Lewis.

When asked why there hasn’t been a noticeable public outcry about the low graduation rates of Black student-athletes, Lewis says it is because they are “athletes of color… Our society sees those individuals as…not students per se, but athletes.

“And let’s go one step further. I think to some degree there is this sort of acceptance by even some of the athletes themselves as seeing themselves as athletes instead of seeing how playing collegiate sports [is] an opportunity to get an education.”

Professor Lewis surmises that too many Black youngsters today are seeing sports — rather than a post-secondary education — as the best approach to socioeconomic success. “We’ve got to figure out a way to look inward. I don’t think the African American community is sending a strong enough message…to really making our young people understand the importance of education as their salvation.”