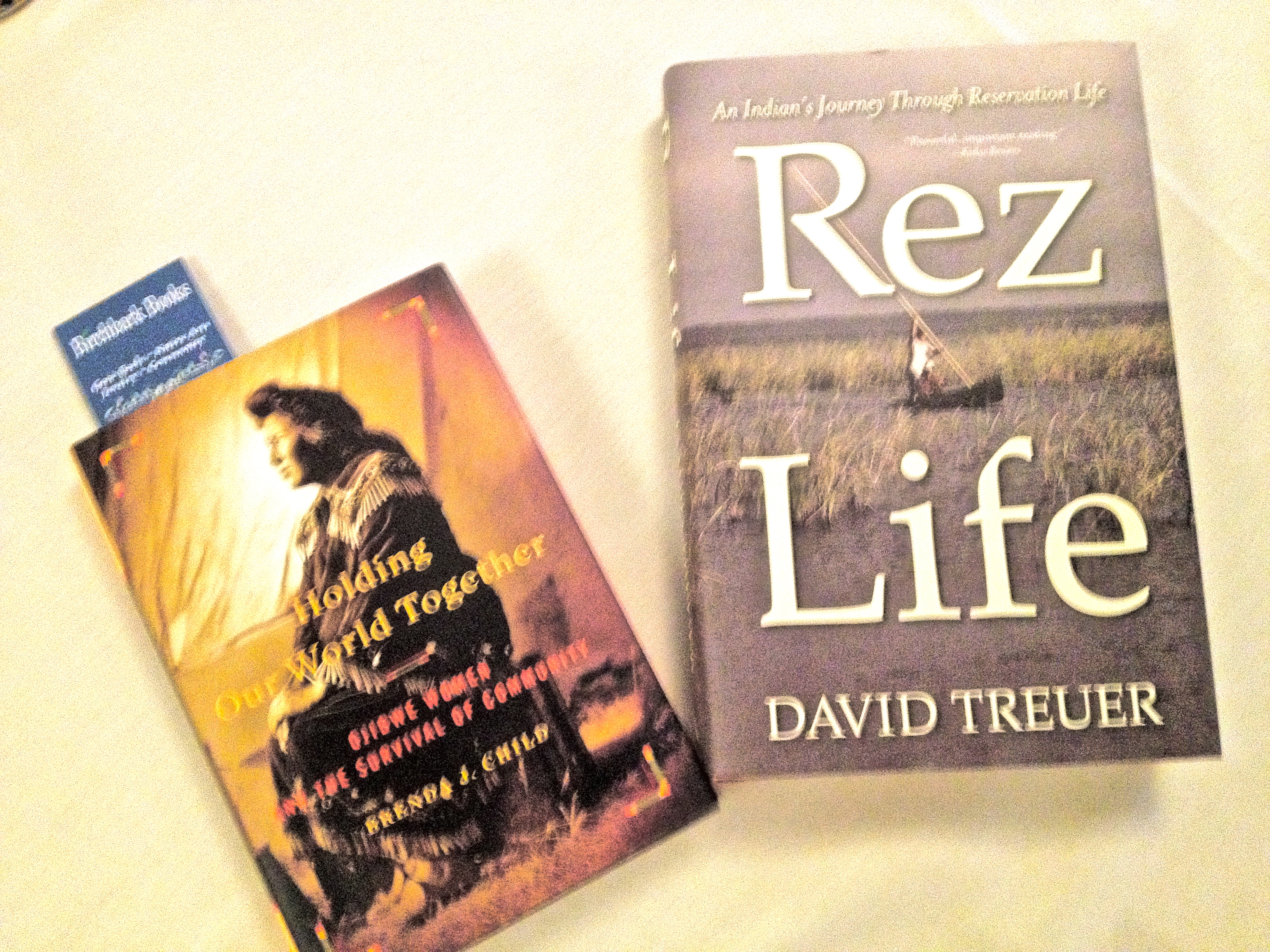 Black Bear Crossings on the Lake hosted an evening with Native American authors Brenda Child and David Treuer on Monday, February 20. The event, a fundraiser was presented by The Circle the Twin-Cities-based Native American newspaper. This was the second in a Native Author series that debuted in December with readings by Diane Wilson and Jim Northrup.

A crowd of about 50 people gathered in the third floor banquet room of the historic lakeside pavillion (1360 Lexington Parkway North) for hors d’oeuvres and readings by the authors. Both Childs and Treuer have recently published books. Birchbark Books was on hand to sell copies of Child’s book, Holding Our World Together, Ojibwe Women and the Survival of Community (published by Viking Penguin) and Treuer’s, Rez Life (Atlantic Monthly Press).

David Glass, co-owner of Black Bear Crossings welcomed everyone. Jim Lenfesty, chair of The Circle’s board, made introductions. He thanked The Circle editor Catherine Whipple and other members of the board. He reminded the crowd that the evening was a fundraiser for the nonprofit newspaper.

Brenda J. Child is an associate professor at the University of Minnesota in the department of American Indian Studies. Lenfesty described her substantial contribution to the important exhibition Remembering Our Indian School Days: The Boarding School Experience at the Heard Museum in Phoenix. She is well known for her book, Boarding School Seasons: American Indian Families, 1900-1940, published in 2000. Her new book, Holding Our World Together, Ojibwe Women and the Survival of Community describes the significant role of Ojibwe women in building and maintaining their society.

Child talked about her difficult search for reliable historic references. She found valuable material in Works Progress Administration (WPA) records in Wisconsin. The Federal Writers’ Project of the WPA, best known for collecting slave narratives, also collected some oral histories from Ojibwe people in the 1930s. She read an excerpt from her book about Bear Woman, also known as Ne Zet. She was born in the 1830s near Leech Lake and her story was remembered and retold by her grandchildren. The story interested Child because it tells about a woman’s life in “a time before the reservation; a time when the Ojibwe and the Dakota made up the largest groups of people in the region.” Child read about the young woman’s coming-of-age ritual as an example of “some of the ways in which Ojibwe women exercised power in their communities.”

Next Lenefsty introduced David Treuer as the author of several books, notably The Translation of Dr Apelles. He is a graduate of Princeton University where he studied creative writing with Toni Morrison. His newest book, out just two weeks, draws on his deeply personal ties to the Leech Lake Reservation community. He described it jokingly as “a melange of history, journalism and memoir.” Treuer spoke about the long standing tradition of “tragedy and powerlessness” in storytelling from his community. He asserts that this creates a problem and “inserts itself between us and our understanding.” He said, “I wanted to write my way out of this received way of storytelling.” He emphasized that “how” a story is told affects “what” is told. He prefers to see reservation life in terms of “surplus” and not “deficit.” He said that he has come to see reservations as places of surplus: of poverty and crime and also of creative approaches to alleviate these problems; of laws, from both within and without. He also sees a surplus of good humor, love and support. His book is a personal accounting of that.