Are today’s Black athletes that oblivious to their history? Many either don’t know or don’t want to know when Black athletes were consistent targets for the then-and-still-majority-White media.

Times, they say, are different now — Black athletes don’t have to go through what Jim Brown, Kareem Abdul-Jabbar and Muhammad Ali did, along with their contemporaries as well as those who opened the doors for them. It’s sad that today’s Black athletes don’t know, or don’t want to know, just how much the Browns, Abdul-Jabbars and Alis took their social consciousness seriously, even at the expense of their illustrious careers. That these men and others like them cared more about representing their heritage, their Blackness, than endorsement deals.

New York Times Columnist William C. Rhoden once said that “there is a generation of Black kids who have grown up at a time when the NBA was always 80 percent Black, and the NFL always was 70 percent Black… The NCAA today looks like you are watching the SWAC.” 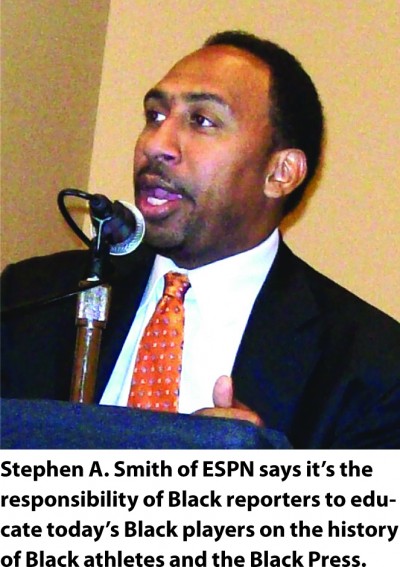 Do we, therefore, need a Black athlete manifesto for the 21st century? Why can’t they — or do they want to? — speak out, stand up for something other than pushing products, and let the criticism chips fall where they may? Will their cultural consciousness rise to the same level as their elite athletic ability?

SB Nation Contributor Nate Parham believes that today’s Black athletes “can’t deny those responsibilities [to speak up] because the cost might be too great for you. A lot of people think the cost for an athlete is too great.”

This wasn’t the case back during the Civil Rights Movement and Black Power days. If there was a Black athlete manifesto, then it wasn’t written on parchment; but nonetheless they stood tall:

Ali first changed his name, then refused to accept his military draft status, which shaved almost four years off his boxing career.

John Carlos and Tommie Smith both stood tall, fists high and heads bowed on the Olympic podium in Mexico City in 1968 — actions that made them marked men for the rest of their lives.

Bill Russell stubbornly and proudly refused to stay in one hotel while his White teammates stayed in another — an indignation Black athletes had to swallow decades earlier.

Jim Brown walked away from football at the height of his career rather than accept either-or demands from team management.

I once heard University of California Berkeley Professor Emeritus Harry Edwards say that it takes outstanding courageous individuals to stand up for change.

“Athletes now are way more privileged,” observes Seattle Times Columnist Jerry Brewer as he appeared with several other Black reporters on a panel last year on today’s Black players. “They forget about all the struggles before them.”

Today’s Black athletes also forget or don’t care to know the history behind Black reporters. Historically they provide proper context, sometimes accurate interpretation whenever these athletes got unfairly written or spoken about by White reporters and columnists. But somehow some Black athletes either lump Black sports reporters in the same culturally conditioned soup — Whites think they are superior and Blacks are inferior — or wants us to be their “pseudo-PR” lackeys whether they’re good or bad.

“Too many guys want you to give them a break because you are Black,” surmises Brewer. 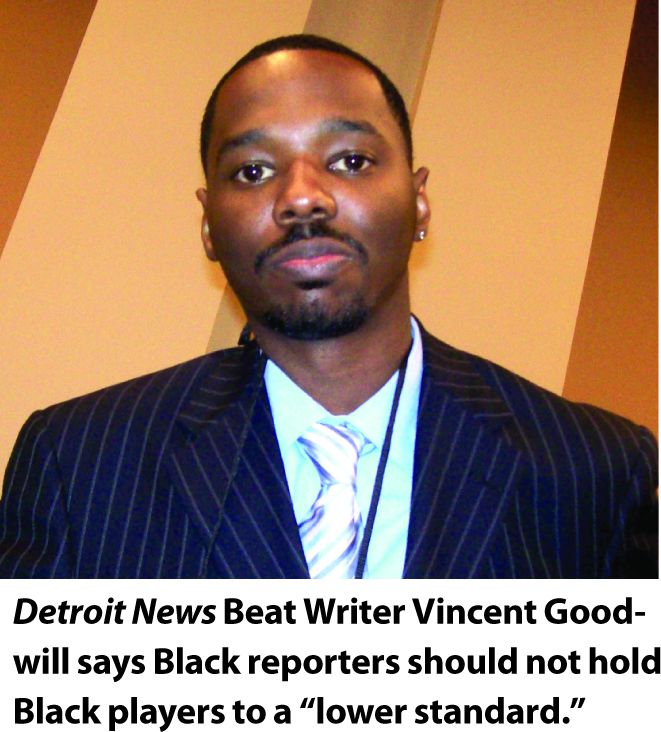 Therefore, is it the responsibility of today’s Black reporters, especially us veterans, to educate today’s Black athletes? Stephen A. Smith, now of ESPN but a veteran reporter-writer for nearly 20 years, believes so. “[We] have responsibility to educate,” he notes, adding that Black reporters, too “have an obligation to stand up” whenever something is said or done that’s wrong.

Finally, the dynamics of sport hasn’t changed in this country — cultural conditioning still is in effect. Black athletes entertain a White fan base, who once saw them as infiltrators but now only see them as greedy and overpaid. And for all their talent and supposed wealth, they still after all are Black and are still underestimated and marginized.

Things might seem different today, but Russell once said, “The folk making the decision on how [Black athletes] are perceived generally are not Black.”

If only today’s Black athletes would truly realize that.

Jolette Law became the first coaching causality of the year, as Illinois fired her last week as women’s basketball coach after five seasons.

The first team in history to win the NCAA tournament with Black starters also won the NIT in the same season. Name the team. (Answers in next week’s View.)