For the last three months, I have mentioned the odd weather in each month, but of course that odd weather was nothing compared to the June 21 rain and wind storm. I was returning home from St. Paul in what started as a very light rain. By the time I entered Minneapolis, it was a very heavy rain, soon with wind-driven waves, branches down, water over the curbs on almost all streets, total darkness an hour or so before sunset and no electricity for street lights or traffic lights. I believe it was the worst driving conditions I have ever been in, and I have been through years of Midwestern driving in all seasons. Of course it went from a few branches down to trees of all types and sizes blocking many streets in many directions, but I did make it back to Powderhorn unharmed but quite stressed out, and found almost no damage in our block of 15th Avenue. I also found no lights or any other electricity at home but also no house leaks or damage and I believed the news stories that electricity might be off for up to five days. Fortunately for us, the electricity was restored after 15 hours. Anyway, by late Friday night, I knew our neighborhood and many other neighborhoods had suffered all kinds of damage and the park was a big sad disaster area. But I guess it could be a lot worse. I have been on a lot of walks in the park and neighborhood since the storm and various situations bring tears to my eyes. Lots of bird and animal habitat and housing has been damaged or destroyed, but I have not seen any dead or injured wild (or domesticated) birds or animals. In fact, all the young and old ducks, including many new Wood Duck ducklings, and geese seem to be fine and most of the Herons and Egrets are still regulars at the lake. The lake went up about two feet on storm night. 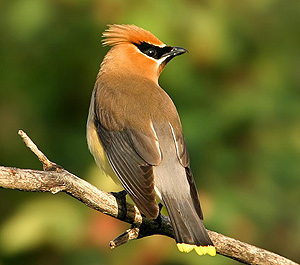 The Cooper’s Hawk nest, high in a cottonwood on the north side of the lake, still looks fine, and while I have seen an adult hawk there this week, I have still not been able to see any baby hawks. A regular park walker (and runner) pointed out to me that at least some of the neighborhood raccoons had lost their homes. I don’t know where the raccoons are now or how they are doing. Another regular park dog walker pointed out to me something I had figured out by myself the day before: The island seems completely untouched by the storm.

Various people express concern and ask me how I think the birds and animals are doing. I really don’t know what to tell them. As I said earlier, I have not seen any dead or injured ones, but many critters and creatures are going to have big housing and habitat issues now and in coming seasons. Speaking of housing (animals and birds), a couple of the downed pine trees were at least 75 feet tall. I might try to measure some of the other trees before they are taken away, but depending on the situation and terrain, some are much more difficult to measure than others. I suppose I should try to find some items other than the storm to write about and I will try to do that.

A few days before the storm, I got a very nice view of a male Bluebird near the old cement stage area, and two days after the storm, I got really close up views of a Cedar Waxwing in the same area. I don’t know if the storm had anything to do with the Waxwing, but I seldom see them in the area except during migration, though I did see a couple of them in St. Paul on the storm day well before the storm.

Other park residents, a Muskrat and a large school of Goldfish, were doing well before the storm and probably after the storm as well.

I have seen various box turtles going through the digging, egg-laying and egg-covering process as they often do in June.

One unusual four-days-after-the-storm-visitor on my block was a large white parrot. He (or she) seemed to have his own modest-sized car and he was sitting by himself in the driver seat with several of the car windows open, looking over the neighborhood. Maybe the next time I see him, I will try to talk to him.

I hope everyone is surviving our weather and everything else.

Comments and observations are always welcome. Send them to me, in care of Southside Pride. Thank you.