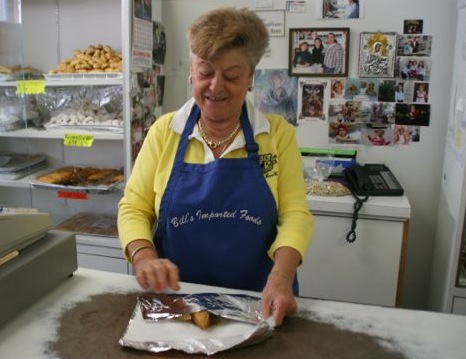 Customers love Kiki and she loves them back. (Photos by Stephanie Fox)

It’s hard to tell from the outside, but Bill’s Imported Food is a  Lyn-Lake gem. This (mostly) Greek market has been drawing increasing numbers of customers from all over the Twin Cities for three decades. I say ‘mostly’ because while the shelves are loaded with traditional Greek food, the store carries groceries from all over the Mediterranean and beyond.

Owned by Kiki Tirokomos, the family-run operation was one of the first ethnic groceries in the Twin Cities. It was the first one I discovered when I moved to Minneapolis 28 years ago from the ethnic food desert that was Eugene, Oregon. Since then, Bill’s has expanded, taking over the store next door and increasing the inventory.

Tirokomos is always there – chatting, offering advice on foods and giving out samples of the various feta cheeses from Greece, France, Bulgaria and sometimes Wisconsin – and the many kinds of olives. Try these and the supermarket olive bar will never tempt you again. 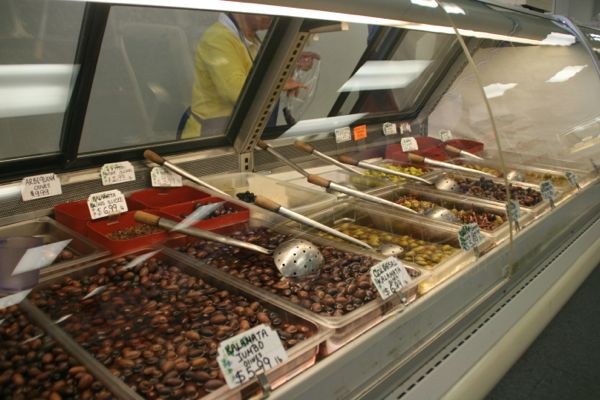 Try these and you won’t be tempted by supermarket olive bars.

Olive oil is the biggest seller, says Tirokomos, pointing to gallon jugs from Greece, Italy, Turkey and Spain. Olive oil is good for you, she points out. The jugs range in price from $16 for the cheaper stuff to $27 for the high end product, with a number of smaller bottles for sale as well. There’s a variety of canned fava and garbanzo beans, dozens packages of  dried fruit and nuts and lots of honey (Wild herb and thyme! Eucalyptus! Sage!). Need pasta? Bill’s has at least 45 kinds. 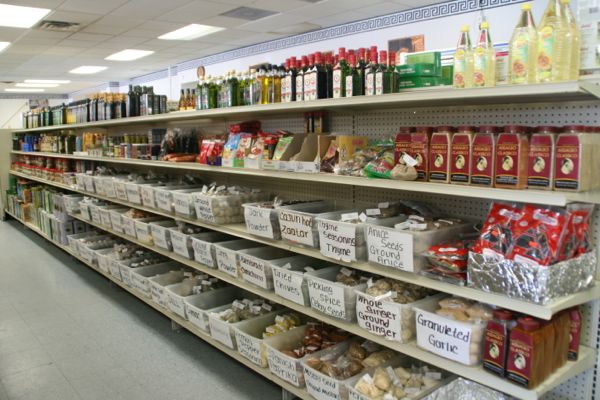 Bill’s carries a wide variety of spices and olive oils.

Boxes of frozen moussaka (eggplant, beef or lamb and béchamel) pastitsio (pasta, ground beef and béchamel), dolmades (stuffed grape leaves,) spanakopita (spinach filo pie) compete with other choices in the freezer. Why cater when you can just grab these from the freezer, bake and serve?

Behind the cash register sit trays of fresh Greek pastries shipped in from Cleveland —for 65 years, a Greek Mecca, according to Tirokomos. Sweet choices include kourabiethes (crescents drenched in powdered-sugar,) kataifi (looks like shredded wheat but infused with honey,) baklava and more.

While the store is mostly Mediterranean, some selections come from unexpected places. What can you make of the Thai green curry simmer noodles, Swedish pickled herring, Norwegian Gjetost or Argentinian spices? It’s just a way to bring in more customers and to make them happy. 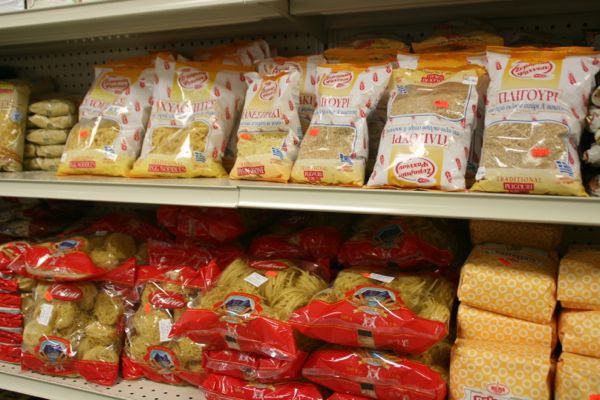 More than 45 kinds of pastas or various shapes and sizes are available.

Tirokomos came to the USA more than 40 years ago from Kalamata, Greece, first stopping in Chicago and then moving to Minneapolis. “I like it here,” she says. “I can open a business and make everything the way I want it.”

The family sold the store a few years ago, but the sale lasted only three months. “A guy from Cyprus bought it,” she says. “Not everyone can work a family place. You have to be a nice person. You can’t be greedy.” She returned to Minneapolis and bought the store back, much to the relief of her customers. 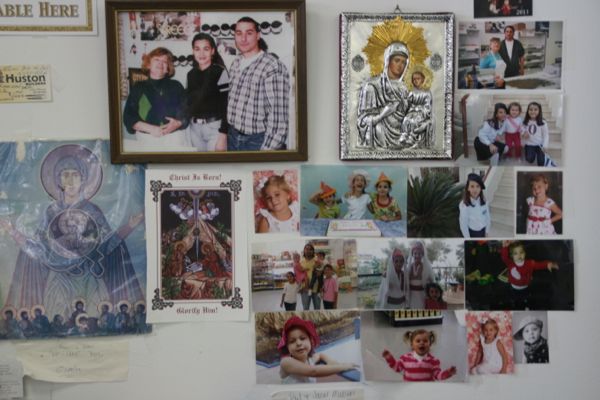 A sure sign of a family-owned business. Tirokomos’s son still works there.

“I’ve got beautiful customers,” she says. “We have Greeks and Turks, Palestinians and Jewish customers. A lot of Americans are shopping here.” 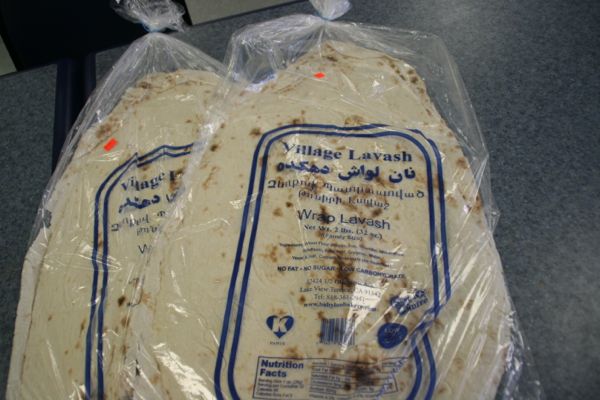 Tirokomos waits on an American who wonders what to do with “the long bread.”

“Warm it up, it’s very good. Or you can wrap foods with it,” she tells the customer, and the woman buys a package. “Before, Americans were less adventurous but now they try almost anything,” Tirokomos says.

Look for Bill’s Imported Food’s bright blue awning, at 721 West Lake St., the corner of Lake St. and Aldrich. They don’t take credit cards but they do take checks. Parking is dicey. Park at one of the few meters in front of the store or park for free on Aldrich, if you can find a space.  Bill’s is open from 9:00 am to 7:00 pm, Monday through Saturday. It’s closed Sundays. 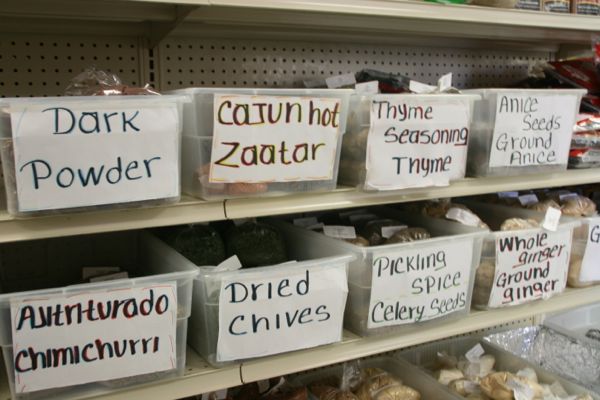 Go to Global Groceries for collection of stories on international groceries in the Twin Cities.