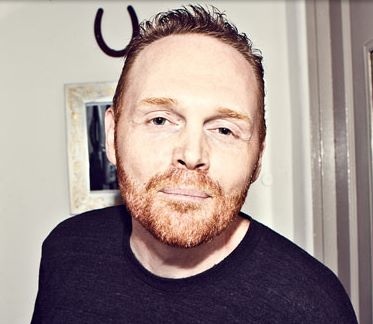 Bill Burr at the State Theater in Minneapolis on March 23 was a complete mystery. The house was packed to the rafters and the whole place constantly stayed in hysterics. Go figger: well, I guess, it proves the old saying, “Five million flies eat sh*t, they can’t all be wrong.”

Like Jerry Seinfeld, another inexplicably stratospheric star, Burr strings together for his set, a string of inert bits which, for some reason, leave the crowd laughing its collective ass off. Mainly separating them is Burr’s sewer mouth, sprinkling the F-bomb well more than enough to have me reflect, “Okay, black comics don’t have any copyright on gratuitous, tasteless cussing.” Another difference. Seinfeld, inept though he is, gets over, in spectacular fashion, by virtue of dry, wry persona, where Burr has about as much personality as the Sahara Desert offers ocean-front real estate.

Actually, his bio reads, whereon this persecution rests my case, “One of my goals in life is to be able to go to the movies whenever the fuck I want to. I don’t want some douche telling me when I can go to lunch or even worse, when I have to be back. I’ll be back when I’m done eating, you hypothetical cunt.” There were, I lie to you not, women there at the show, laughing and clapping.

“I relate to dictators. I don’t agree with what they do. But I get it.” Pursuant to which, Burr ran a roughly 20-minute riff, ranking Adolf Hitler as history’s top despot, bemoaning that Stalin, who killed way more than the millions than Hitler murdered ran a distant, hardly acknowledged second. That’s funny? To whom? Well, those there at the State Theater, okay. They dig him from his track record. He’s done, in a long list of serious credits, the Late Show with David Letterman, and The Tonight Show with Conan O’Brien and, on film, Date Night with Steve Carell and Tina Fey, Stand Up Guys, this year’s The Heat and coming in 2014, Walk of Shame. Performs over three hundred shows annually. All of which goes to show, you don’t have to be any good at all to get great.

The opening, equally lame act was Paul Virzi. which, no big surprise, followed Burr’s lead and, accordingly, knocked everybody out. On top of disrespecting women in general, Burr regaled the throng with a snide toss-off, describing someone being as upset as “a black woman at a funeral.” Sorry, but, where’s the humor in that? Is it the image? If so, the joke needed some set-up. More, certainly, than just a racial reference. Pryor, himself, has an historic routine with a preacher waxing reverential at a burying of the dearly departed. “He was dearly and now he is departed,” it goes. And pokes a world of fun without the least bit of disrespected.

Ersatz comedians Bill Burr and Paul Virzi delighted a capacity crowd. For the life of me, will never be able to figure out how.