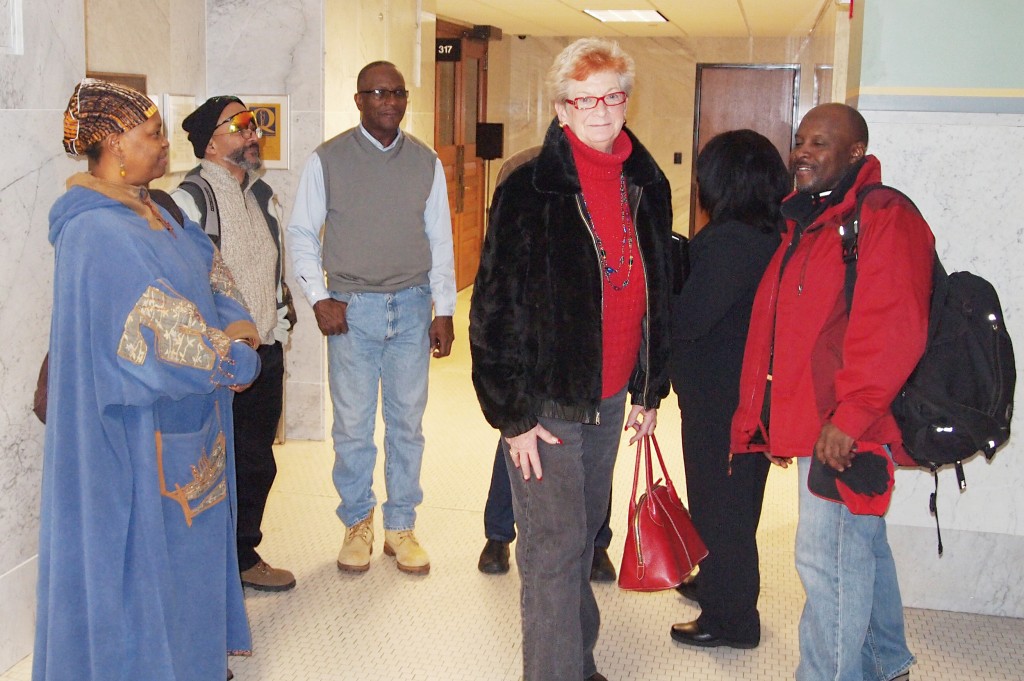 Two proposals were received in response to an RFP issued in September of last year for a North Minneapolis Bike Walk Center. Last week, in part one of this story, we detailed how the Cultural Wellness Center’s (CWC) proposal came to fruition. When we attempted to do the same for the TREADS proposal, not all of their team members were as forthcoming.

The TREADS proposal was submitted with the primary applicants listed as Chuck and Stephanie Cowan, owners of the Behind Bars bicycle shop in Northeast Minneapolis. Chuck Cowan declined an interview and said the only other active members who could speak on behalf of the actual TREADS proposal was the Pohlad Family Foundation.

He also said that once the process became political, he no longer wanted to be a part of it. “I just wanted to do something good for the North Side,” he said.

Though identified as a supporter of the TREADS proposal, Redeemer Center for Life (RCFL) was not very active in its creation. “We were a participant, meaning that we had a specific interest: jobs for youth in Harrison neighborhood,” explained Marilu Thomas, executive director of RCFL.

“We had originally planned to put in a proposal ourselves,” Thomas responded by email, “but we are not located in a commercial corridor and didn’t want to manage property away from our location.”

Thomas said that RCFL began a bicycle fix-it shop with five teens and had discussed expanding to a bicycle shop in that location. “We had contacted the Pohlad Foundation more than a year ago about the possibilities of working together, as they had been working for a while on the idea before the RFP came out.”

In December, a conversation began on the Johnny Northside blog in opposition to the CWC’s proposal, and a letter by Marina Muñoz Lyon, vice president of the Pohlad Family Foundation, was written in response to pulling the TREADS proposal. Here are excerpts from that letter:

“We did withdraw the TREADS proposal, in order to save the intellectual property we created. City health department officials asked us, and every organization in our proposal, if we would be supportive of another proposal if the TREADS proposal was not chosen. We answered honestly, but only from our viewpoint. The answer was no. And it was no because if another proposal was stronger, it wouldn’t need our support…

“I wish we could feel as strongly as City health department staff about the recommended proposal. But, in our opinion, it falls far short of what we believe North Minneapolis residents deserve.”

The Pohlad Family Foundation was contacted for an interview, and the following questions were emailed to Muñoz Lyon:

The foundation declined to respond to our questions. The emailed response read: “Your readers should know that we share the Cultural Wellness Center’s disappointment in the process used to select a North Minneapolis Bike Walk Center operator. Hopefully, the city’s new RFP and process will result in a Bike Walk Center that serves North Minneapolis residents long into the future – Marina Muñoz Lyon”

At the meeting informing the Public Safety and Health Committee of the review panel’s recommendation, two council members, Cam Gordon and Betsy Hodges, voted to support the CWC proposal.

“I was in support of the staff recommendation when it came forward the first time,” said Hodges, “but folks wanted to do some more work on it, so I agreed with that request… I just remember that their reasoning was sound for recommending what they did.”

Gordon says he was excited about the recommended proposal. “Part of it was trusting staff and trusting the community process, but I also did go through and read the business plan, and I was also excited about the partnership, and I thought that it was a good team and it would be a good match for that part of the city and it was worthy of investing in.”

Besides City staff, the RFP review panel included community members Paul Bauknight, a Northside resident and small business owner; Dan Breva, bringing with him Nice Ride MN business management and managerial experience; and Steve Sanders of the U of M, who is currently involved in the university’s new bike shop. Yet, other council members asked CWC for additional information specific to sustainability.

During the weeks between the formal recommendation and reconvening with the Public Safety and Health Committee, other meetings took place. The CWC’s proposal team was requested to participate in a meeting including Minneapolis Mayor R.T. Rybak, City Council President Barbara Johnson, the chair of the Public Safety and Health Committee Don Samuels, and Marina Muñoz Lyon from the Pohlad Family Foundation.

According to Atum Azzahir, executive director of the CWC, the meeting began with the mayor asking what strengths each group brought to the table and stating that with the level of talent in the room they should be able to collaborate on the implementation of the Bike Walk Center to prevent a “train wreck” from ensuing once the recommendation was made public.

Azzahir would not agree to a collaboration, stating that doing so disregarded the RFP process.

“We said directly to the mayor, we are really people who are used to doing every single thing we’ve been asked to do and then having the rules change at the finish line. We are used to that, and we would hope that that is not what is happening with this process.” The mayor was contacted Friday to confirm his statements, but he was in Washington, D.C. at the time.

The CWC group agreed to meet once again with the City staff in a meeting with Muñoz Lyon and representatives from RCFL on behalf of the TREADS proposal and Stella Whitney-West of NorthPoint Health and Wellness Center.

“I quickly felt that the meeting was inappropriate,” said Whitney-West, “and I just said that it seemed to me that the process should run its course – that the city council needed to complete their process… It wasn’t right that they [CWC] were being asked to sit down with a group that had pulled out. If you’ve pulled out of the process, you should be out of the process.”

“The council voted…to reject all proposals and go out for a new RFP,” said Council President Barbara Johnson. “One of the issues involved in the action was [that] the RFP was issued initially stating that the folks that could apply were nonprofit organizations, for-profit organizations and…governmental entities. And one of the proposers proposed a for-profit.”

Johnson says that later on in the process, staff was notified by the federal government that for-profit entities could not apply. Even if the panel’s recommendation fit the federal guidelines of the proposal, Johnson said, the RFP should be reissued “because the proposer that was a for-profit may have responded differently – structured it differently.”

Another concern with the original RFP was the location. According to Gordon, the RFP had a specified site: 2145 Lowry Avenue North.

“The only other group that submitted a proposal had a different site in mind,” Gordon said. “I think one of the reasons it wasn’t looked at is because it wasn’t willing to be located [at the specified site].”

“We’re trying to get the new RFP issued as quickly as we can,” Klingler said. With a possible mid-February release date and 30 days to allow applicants to respond, a new recommendation to the city council is expected sometime in May. The implementation process would have to be completed by March 2012.

“The team is meeting to decide when the RFP is released what we will do,” Azzahir said. “I don’t think we are going to stop what we’re doing, but we have not decided yet whether to go after the proposal again.”