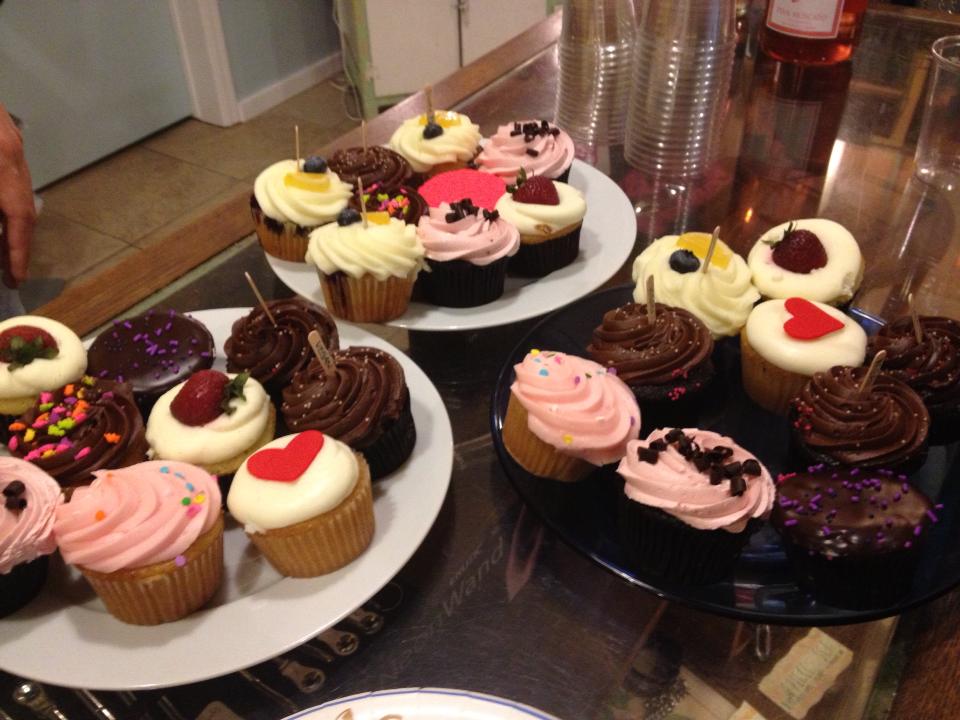 Sunday night was AWESOME! I almost can’t think of any other way to explain it other than that it was awesome; everything I had hoped it would be and more.

I don’t know if it’s possible for anything to truly be perfect, but I would have to say that the opening of my first solo art show came very close. I was surrounded by friends, family, followers, and supporters who were very happy to see my new body of work. I was just happy to finally have it on Smitten Kitten’s walls. There were cupcakes and pink wine for refreshments and Nina Simone was gently playing on the iPad (I don’t like it when art shows have loud music).

Local writer Saymoukda Vongsay and artist Angel Hawari brought me bouquets of beautiful flowers and local artist Rudy Fig kept asking me to pose for pictures next to my pieces. She told me that the turnout was great for my first solo show and looking back on it I can’t really remember how many people were there. I mean, the house was by no means packed but there were a sizable amount of bodies in the room.

Everything was kind of a blur and it all happened so fast. Everyone said I did a fantastic job during the artist talk, but I think I might have been rambling a bit, which is fine as long as I answer everyone’s questions and gave them the information they wanted. It was the most anticipated part of the night for me and I was really looking forward to it. I realized in the moment that it’s so much easier to write about your views and inspirations than it is to talk about them; I think that’s because when you’re writing you have an editor.

I was so busy trying to talk to everyone that I hardly noticed how the art was moving and by the end of the night I sold six pieces which is the most I’ve ever sold at an opening so far. To be honest, I don’t know what to tell you about the art. I’ve been with it for so long that I can barely see it for what it is; it’s all so technical to me and my eyes aren’t fresh to it anymore. Everyone in attendance responded well to it and I’m very proud of the work itself, but I’ll give it a few weeks before I take another look at it all. Maybe it’ll feel differently by then. I was so all over the place that I didn’t even take the time to chill out and have a cupcake. Fortunately, I snagged the very last one before the end of the night.

It’s been a few days since the show and I’ve started drawing again. I spent some time resting and getting over exhaustion which was so intense that it has completely altered my sleep schedule (which is probably a good thing since I now go to bed and wake up during normal business hours). As smoothly as everything went from beginning to end I’m glad to finally have it all behind me. I’m looking forward to the next artistic adventure.

I’m looking forward to starting my summer and attending all of the other events coming up. I’m super excited for Bastille Day and even though I rarely enjoy the Powderhorn/Uptown/Loring Art Fair I am excited to write about it (because I usually don’t write about things I don’t like).