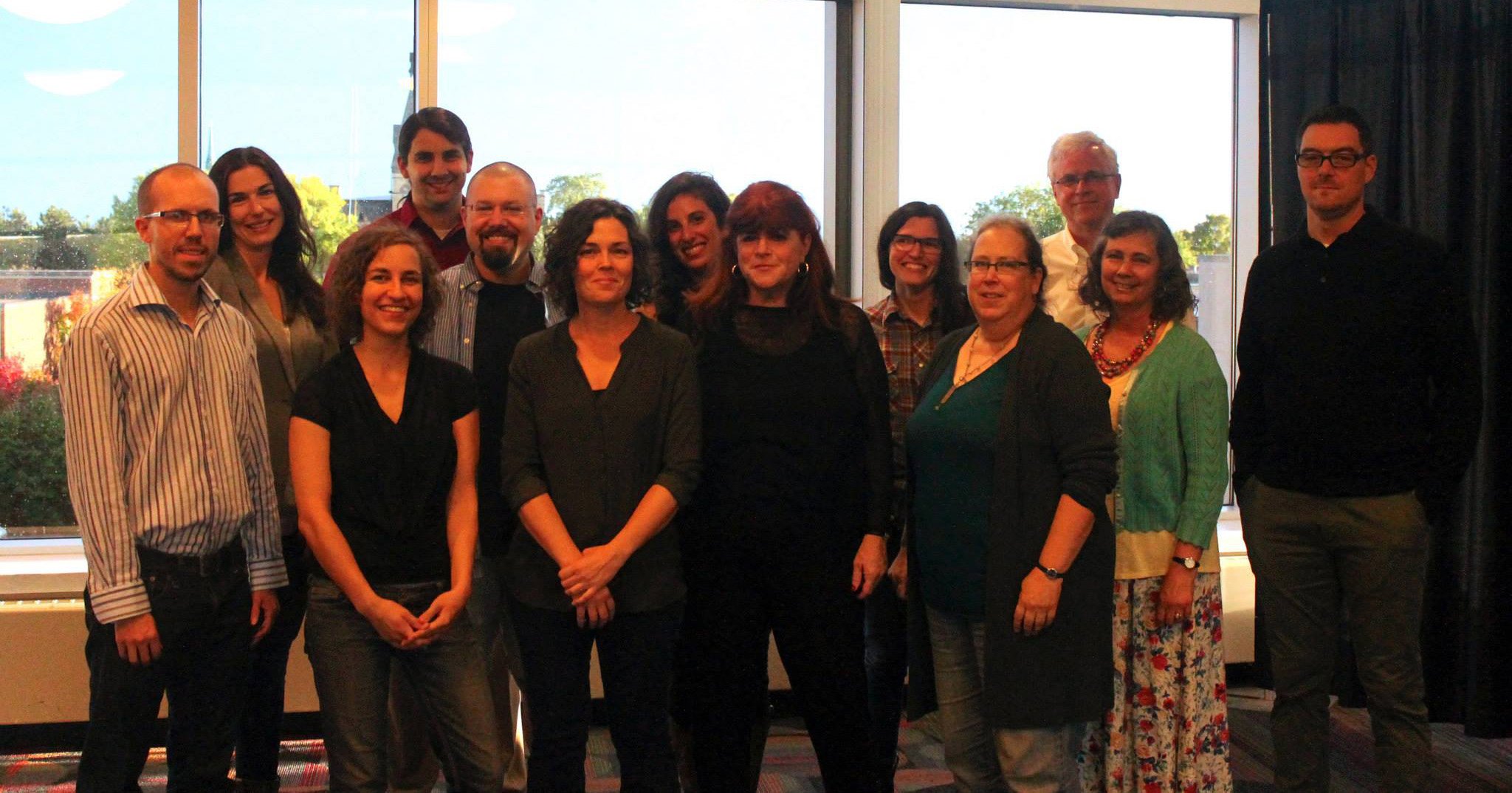 The United States has the highest rate of incarceration on earth, with 2.3 million people imprisoned in 2013—one in every 100 adults. Yet in spite of the prevalence of imprisonment in our country, many Americans see prison inmates as very separate, an Other they find easy to vilify or at the very least forget about and ignore. On Wednesday, April 8, 2015, 7 PM at Minneapolis Central Library, writers who teach creative writing in prisons will share some of their students’ work at Beyond Bars: Voices of Incarceration, a free, public reading offering a rare chance to see past stereotypes into the hearts and minds of imprisoned writers.

The Beyond Bars reading is one of a dizzying array of readings and other programs taking place in Minneapolis April 8-11 as part of AWP, the annual gathering of writers and creative writing teachers sponsored by the Association of Writers and Writing Programs. The AWP conference is happening in Minnesota for the first time ever this year.

According to event co-organizer Peter Pearson, the Beyond Bars reading will feature student work from the Minnesota Prison Writing Workshop; Hennepin County Library Outreach Services; the Women’s Writing Project in Ramsey County, the North Carolina-based program Revised Sentences; Literature on Lockdown, a regular feature from The Missouri Review literary journal, and Words Without Walls, a program based at Chatham University in Pittsburgh. Other participants may be added closer to the event.

Readers will include Patrick Jones, a librarian with Hennepin County, Sarah Shotland with Words Without Walls, Cody Leutgens of Revised Sentences, and Diego Vazquez, Jr. with the Women’s Writing Project. Jennifer Bowen Hicks, the founder of the Minnesota Prison Writing Workshop, will also read, along with writers Kate Shuknecht and Mike Alberti.

It was an encounter at another AWP conference years ago that planted the seed for Bowen Hicks to start the Minnesota Prison Writing Workshop. She was talking with writers Wally Lamb and David Jauss when the topic of prison writing came up. Bowen Hicks was struck by how animated and passionate the two writers became as they talked about the immense personal rewards they’d found in working with prison inmates.

In 2011, Bowen Hicks decided to approach the state prison system in Minnesota, contacting every prison. She only heard back from one, a prison in Lino Lakes.  She taught a class there that year and was amazed by her experience. Before her first class, she’d practiced phrases to quash any disrespect or out-of-control behavior that might arise, but on arriving, she discovered twelve men who were respectful and eager to learn.

She describes the epiphany she experienced in a documentary film by J. G. Serrano, Prison Writers:

“I knew in that moment that probably I would not want to teach anywhere else, and I knew that it was probably going to take over a big part of my life, because there was a vulnerability and an enthusiasm in that classroom that is really rare to find on the outside.”

The class culminated with a reading, and prison administrators were so impressed with the results of the class, they asked Bowen Hicks if she knew more writers who could do additional programs with prisoners. Children’s book writer Peter Pearson and six or seven writers were among the first to sign up when Bowen Hicks recruited volunteers through Hamline University’s creative writing program in 2012.

The program now sponsors 25 classes a year in seven facilities across the state, including a program in a women’s prison for the first time this year, at a prison in Shakopee. Class offerings include fiction, essays, poetry, oral storytelling, children’s writing, and fantasy. Other volunteers mentor student-writers through the mail.

Volunteer Peter Pearson noted, “Sometimes when I tell people that I teach classes in prisons, they ask, ‘Oh, are they actually interested in doing that?’ Not everyone is clamoring to get into a writing class,” Pearson admitted with a laugh. “But there are definitely some. I think that surprises people. Also, what can surprise people is the quality of work. We see a really broad, broad range in our classes—people who have never tried writing before at all, and we have some people who’ve actually published short stories and poems in journals before, all in a single class.”

For writers, the experience can be transformative, helping them open up and express things they’ve never expressed before, as well as helping them build relationships, not only with other writers in their classes but also with their families and friends on the outside. The program builds practical writing and communication skills, but perhaps even more importantly, it also allows writers to face painful parts of their own pasts, including, in some cases, their crimes, and to fully experience their own remorse at what they’ve done.

One student from the program wrote, “As a person who has spent the vast majority of his adult life caught in a cycle of crime, drug addiction, and prison, writing has been the one thing that has allowed me to reconnect with a part of myself that I lost sight of a long, long time ago. Writing and sharing my story has given me the opportunity to rediscover who I really am, who I was meant to be, and to finally begin realizing my potential.”

Prison administrators also value the program. As John King, a retired Assistant Commissioner of Corrections, put it in a testimonial for the program, “We are in the redemption business, so I will keep supporting people who can bring the type of positive programming you do. If one guy doesn’t come back to prison or one guy’s life is changed, it is worth it.”

Peter Pearson addresses the question this way: “I would think if people are in prison, you’d want to do everything possible to keep them from ever coming back to prison if they are going to get out. To do that,” Pearson noted, “you have to put tools in their hands.”

Since Congress eliminated Pell Grants for prisoners in 1994, inmates’ access to higher education has been effectively ended, in spite of the fact that education reduces re-incarceration rates and costs less than imprisonment. Programs like the Minnesota Prison Writing Workshop try to fill the education gap for prisoners, one writer at a time.

Jennifer Bowen Hicks describes her own feelings in the Prison Writers documentary:

“I can philosophically say, yes, if I were the victim or the victim’s mother, I would want to know why do any of these people deserve attention, teaching, love, investment. But when I’m teaching in the classroom, I’m teaching an actual man, not an abstract man, whose story I know well. . .I can only say that I hope if I’m ever a victim myself, that I will recognize that this is a paradox that we can’t escape—that you can be a person who has done an awful thing who is also capable of love and curiosity and compassion and redemption. To access all of those things, we have to give them.”