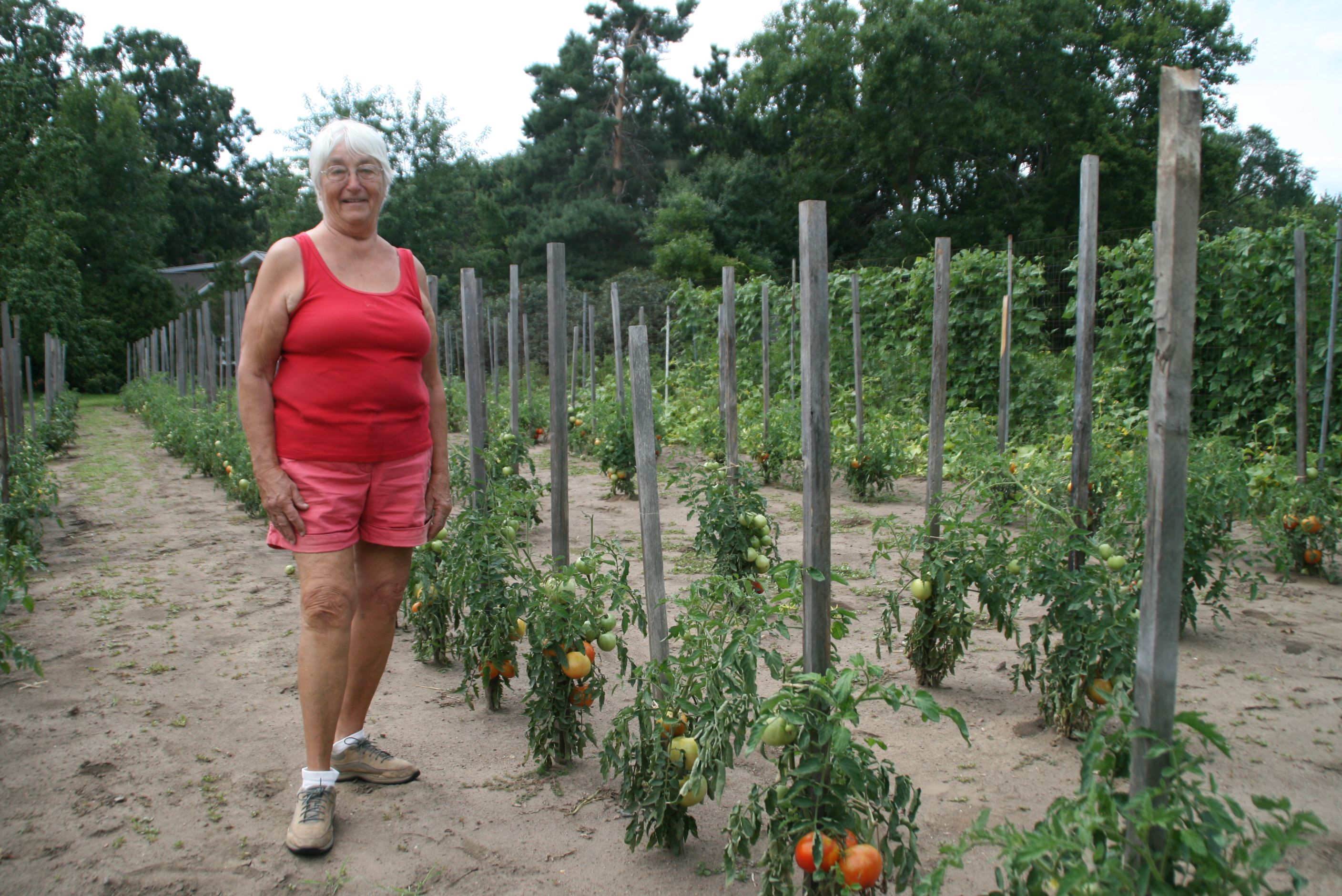 When driving through Minnetonka—the heart of the western suburbs—the last thing you’d expect to see is a farm. But there it is, on Excelsior Boulevard, right across the street from the Immaculate Heart of Mary Catholic Church. There’s a little green farmhouse, a couple of farm buildings and a huge vegetable garden with fruit trees in the back. The original title for the property goes back to 1857 when it was a homestead of 128 acres. In 1898, a little farm house was built on the property.

The land changed hands dozens of times until 1957 when Betty Swanson’s family bought the property. Although it’s down to a little less than two acres, it still produces enough fruit and vegetables to feed Swanson’s five grown kids, 12 grandkids and even the four great-grandkids with enough left over to sell to the public.

“I put a sign out on the road and people come in [to a little side building] to get the produce. It’s all done on the honor system,” she said. “If no one is around, customers come in, take what they need and leave the money to pay for it. No one has ever taken from the till or taken vegetables without paying. It’s all help yourself. I leave a cash box with enough in it to make change.”

This summer, Swanson made more than $1,000 on the proceeds from berry sales alone and even more from the selling other fruit and vegetables. “It pays my taxes,” she said.

“What I do have is a lot of elderly customers who come two or three times a week,” she said. “They like to look at the garden. They’d rather take a couple tomatoes and then come back for more in a few days. I usually put a couple of small tomatoes on a dish and the seniors will eat one a meal.”

Swanson will be 80 years old next year, so her sons—ranging in age from 40 to 58—do a lot of the planting and heavy work, although she still puts in her share of the farming, she says. She plants as soon as the weather permits. After harvest, the plants need to be maintained for the next growing season. “The raspberries are finished for this year,” she said. “We have to cut back where the old berries grew and take them to burn. Then we have to cover the new growth for next year.”

Her rhubarb and blueberries are original to when her family put in the first garden. So is a lone weeping larch tree, a U of M experiment, she said. There are fruit trees behind the house and honeybee hives for pollinating, owned by a member of her church.

Swanson’s farm consists of rows of cucumbers, beets, pole beans, tomatoes, squash and peppers. “I’ve got a new kind of beet in this year,” she tells me. I’ve never seen beets like this, but they’re very good. She gave me taste of a beet and onion salad that she’s made for dinner; it’s very sweet and very good.

What the family doesn’t eat or sell as fresh produce ends up preserved. Some of this year’s raspberries were made into jam, selling for $4.75 a jar. The sweet banana peppers will be pickled (great on burgers, sandwiches and pizza) and cabbage is being turned into sauerkraut. Four huge crocks of cabbage hold what will soon be 40 lbs. of kraut. “We have a sauerkraut cutter. You keep putting the cabbage in and pound it down. It takes all afternoon, but the kids are good workers.” Swanson’s sons were already asking for some of the kraut, which wasn’t ready yet. “Sauerkraut should be crocked for 10 days before you even look at it,” she says.

Swanson uses the home’s original cellar, equipped with grow lights for some big plants she wants to keep through the winter. But years ago, the cellar had a different use. “There are stories of bootleggers making liquor down there,” she admits, amused.

An old greenhouse, built in the 1930s, sits in front of the main house but it’s used only for storage now. “The greenhouse came from Mother and Dad’s farm, 18 acres sitting between two railroad tracks. We moved it all of two miles and then sold flowers out of it. But when my parents died, we closed it. It was too much work. There once was a barn, in the back behind the house, but it’s gone, too.”

Swanson has a plaque from the City of Minnetonka awarded in 1996 designating the home as a local historic landmark. Her produce stand had been there long enough that it’s grandfathered in by the city.

“This is a wonderful place to live,” she said. “My church, John Hus Czech Church, is down the street. I can walk to Glen Lake. My family lives close. On holidays, I entertain the family—maybe 24 or 25 people. Their houses are big enough, but this house is home.”