Some of my personal favorites. Tweets from restricted accounts are not included below, but I’ve been particularly enjoying the winter tweets from @maychin and @imandrealoza.

“This is what it’s like being Jewish: At Target, 7 aisles of Christmas shit, 1/2 aisle of Hannukah shit, and they didn’t even have CANDLES!” (@kobbybahn, December 2) 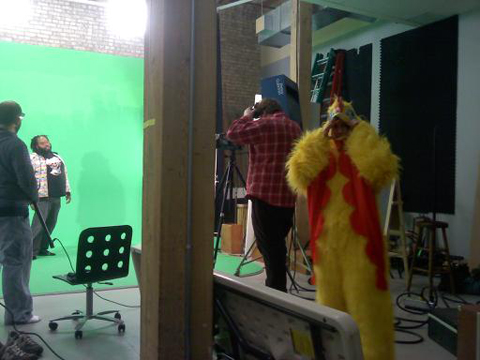 “I pulled a major dick move on the way out. I wouldn’t have had to if it weren’t for this god damn hannukah party at FUCKING noon!” (@kobbybahn, December 5)

“What do you buy for Christmas for a 19-year-old guy who already has a lot of video games and weed? I mean let’s be real?” (@gibbonsmich, December 5)

“Orion just put his footpaw in my face so he could lick himself. i wish i was a cat so i could get on some next level shit.” (@meatpit, December 7)

“‘like tina did ike in the limo, it finally hit me’ -new chris brown song #AREYOUFUCKINGKIDDINGME” (@ClaireMPLS, December 7)

“i had a dream i took all those hot bitches from the Walker front desk to a house party with me. Gayngs played, Lol” (@IamSex, December 10)

“i thought biebers acoustic cd would be raw, like hes right next to me. instead, it sounds like hes singing over a peruvian flute band.” (@marieshea, December 11)

“Bleary-eyed 8yo just did the silent double fist pump and went back to bed. Aww, his first #snowday!” (@dena33, December 13)

“On a scale of 1 to interesting, I fucks with this class.” (@gibbonsmich, December 13)

“remember that time it snowed so much the dome deflated & the Vikes had to play outside at the Bank w NO ALCOHOL? that was crazy” (@_taylor_, December 15)

“How can we not have any aspirin in the house??? FUCK. my omelette.” (@LilyTroia, December 18)

“Sitting in my car in the garage. Guy arrives at car next to me, pisses all over the door and then gets in and drives off.” (@mkfiasco, December 18)

“When you get married, you get gifts from a dark place I call Off-Registry. Every Xmas, the terror returns.” [photo at top] (@JosephScrimshaw, December 20)

“Everyone in the office has a stocking on their door/cube this morning. Except me, because I’m Jewish, and I don’t deserve one.” (@kobbybahn, December 20)

“Tryin to decide if I should flip my lid about this stocking issue at the meeting in half hour.” (@kobbybahn, December 20)

“Just talked to HR lady about stockings. When we had a Jew in charge this shit never would have flown. First X-mas without him as president.” (@kobbybahn, December 20)

“The former pres still works here, and he didn’t get a stocking either.” (@kobbybahn, December 20)

“Lovely Lessons & Carols service where the wine for eucharist was bubbly. Only the Episcopalians.” (@catiyas, December 24)

“‘When you die, a fleet of micro organisms begin devouring your organs and you lose 21 grams instantly.’ -Mom” (@TheIverson, December 24)

“customer just told me that my cough will turn into bronchitis or walking pneumonia. merry christmas to you too, you old bitch.” (@hsilkchampagne, December 24)

“I’m not saying I’ve played Angry Birds a lot, but if my in-laws serve turkey and ham for Xmas, I will throw the bird at the pig.” (@JosephScrimshaw, December 24)

“We have a mission: to return a DVD to mcdonalds and find something to put gin in. A 5-star execution would involve not eating mcdonalds.” (@leckybang, December 26)

“In case I forget where I’m parked, can someone remind me that I’m next to the red 10-ton Ford pickup with the UNIBAMA license plate? Thanks.” (@kristaprints, December 28)

“Trying to hang out with my mom but it’s difficult given that she’s now rounding out minute twenty of talking about Skating with the Stars.” (@heusar, December 29)

“Of all the feelings & ideas expressed about social media, I often wonder if this is the most common: ‘I am unhappy with this free service.'” (@JosephScrimshaw, December 30)