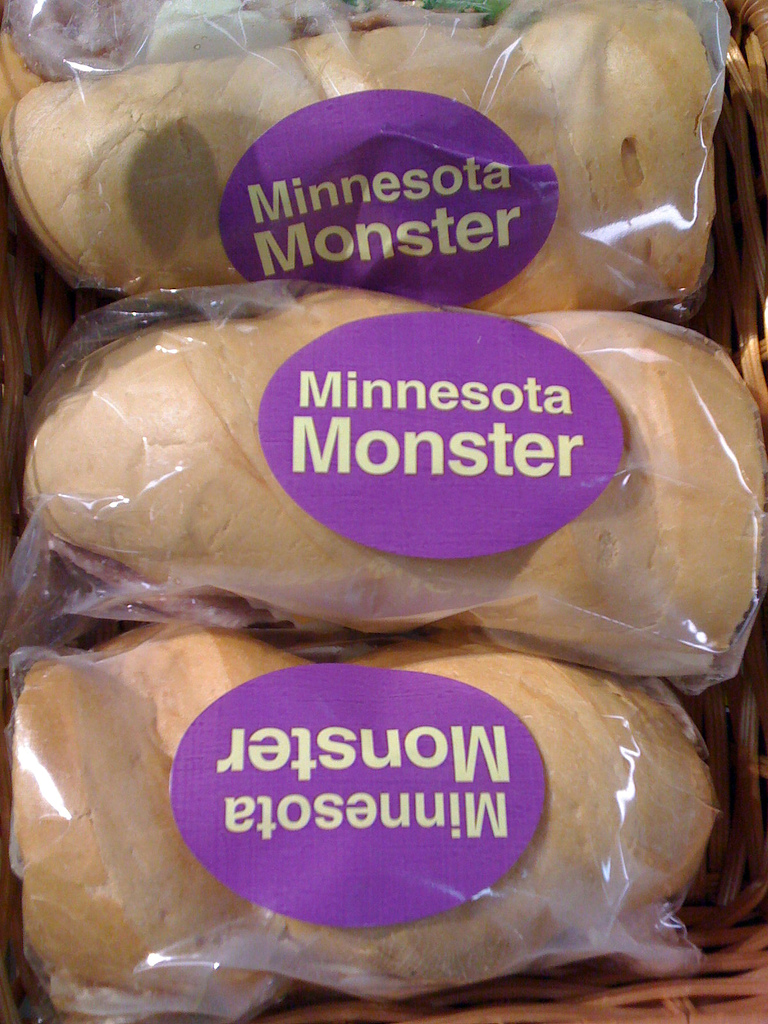 A Foursquare mayorship can be a point of pride, but it can also be a constructive shaming: when I saw a few months ago that my most-frequented local venue was the Milio’s sub shop next to the Daily Planet office on Franklin Avenue, I vowed to start eating better sandwiches…because while this ain’t New York, it ain’t a bad town for sammies.

What are the best sandwiches in town? I polled our followers on Facebook and Twitter. My cousin’s husband Mike thought I was on the right track already: “Milio’s hands down!” Here’s what others said:

• “Nelson’s on Como and Snelling!” (Lori Klongtruatroke via Facebook)

• “Afro Deli on Riverside. Somali steak sandwich or a gyro. And with a side of sambusas, coconut shrimp, or my favorite fries in the TC, pretty much the best ever.” (Cristeta Boarini via Facebook)

• “Cheeky Monkey!” (Tib Shaw via Facebook) If their peanut-butter-and-nutella sandwich isn’t on your bucket list, put it there now.

• “Jasmine Deli banh mis.” (Sid Solomon via Facebook) I’ll have to try that, though the best banh mi I’ve ever had was from a surprising source: the restaurant Spoonriver, which doesn’t currently have banh mis on their menu but offered them at a Gastro Non Grata event in 2010.

• “Not completely ‘local,’ but Nelson’s Deli in the Clearwater truck plaza on the way to St. Cloud.” (Paul Reyburn via Facebook)

• “Most definitely Eli’s. I prefer the downtown locale but the Northeast one has a superb patio.” (Mike Sund via Twitter)

On Facebook, my mom Jean Gabler mentioned one of my favorites: Acme Deli at St. Clair and Snelling in St. Paul. The sign at Acme says it all: just “a couple o’ tables.” The storefront deli is all kitchen, and it’s a magical kingdom of cold cuts and bread: visit Acme and they’ll give you a checklist of ingredients. Check as many as you like, and they’ll pile ’em Dagwood-high. Acme is a favorite for catering at the University of St. Thomas, where Mom works.

No discussion of sandwiches in St. Paul would be complete without mention of the legendary Cecils Deli (no apostrophe—is it run by multiple Cecils?) on Cleveland, popular with both Jews and gentiles in Highland Park and beyond. Try their “fresser” when you really want to work that gut, and they make great milkshakes and fries too. (Also worth noting: St. Paul is ground zero for Davanni’s, a superior chain that’s fed generations of happy Minnesotans with hot and cold hoagies.)

For all St. Paul’s culinary charms, I may live in sandwich heaven: the Lyn-Lake neighborhood, with easy access not only to Eat Street but to the seemingly infallible Caffrey’s, a sandwich joint so beloved by Uptown hipsters that the crew at MPLS.TV actually built a website for the Caffrey’s menu as a public service.

Photo: the Minnesota Monster at Rainbow Foods, not mentioned by any respondents. Photo by Erica Mauter (Creative Commons).