Just like Frank, following the horrible hate crime in Charleston, South Carolina, lots of people around the country are asking, What’s the difference?

** Closer to home, Myrle B. Cooper, also in the Spokesman-Recorder, takes a hard look at Saint Cloud only an hour’s drive North, where families and students in the public school system are struggling to end racist teaching. Cooper doesn’t pull any punches, calling out the history of “White Cloud” in great detail. 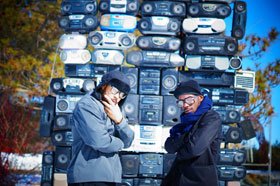 ** In more positive news, Insight News interviews the Afro-futurist group Up Rock. Here’s what they say about growing up in Saint Paul:

“Young people are hungry for knowledge. They’re actually smarter than teachers give them credit. It’s not in this manufactured MCA based learning – they are hungry for life. And they want somebody to teach them.”

** The Archbishop Finally Falls From Grace ** 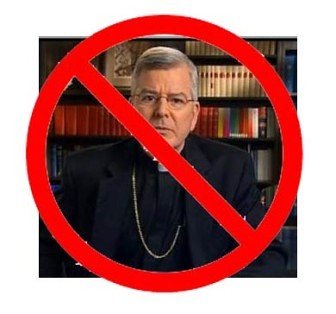 ** After years of leading the Twin Cities’ crusade against homosexuality, Archibishop Nienstedt finally resigned from his post as the head of the regional Catholic church last week.

I’m going to bet that The colu.mn’s lead writer, Andy Birkey, has been waiting years for this moment.  Check out his hot take on the fall from grace:

It marks the end of more than a decade of anti-LGBT activism by Nienstedt in Minnesota. Neinstedt was embattled by allegations that the Archdiocese covered up child sexual abuse, and in early June, Ramsey County Attorney John Choi brought charges against the Archdiocese for “failing to protect children and contribution to the unspeakable harm.”

** And (in case you don’t know all the back story) flip through Birkey’s indispensable timeline of Nienstedt’s anti-gay propaganda, which includes a diatribe against the film Brokeback Mountain, attempts to sway elections, and preventing GBLTA folk from holding community meetings on church property.

** For another take on the matter, Birkey also summarized some right-wing Catholic League trolling on the resignation, blaming “the homosexual media.”

** Here’s a fascinating transcript from a radio conversation about “building a healthy Korean community in Minnesota.” Some highlights:

The overall atmosphere in Minnesota is very active. Because of cold weather, Caucasians are majority of the population. […] Strong family relationships are important. Religious belief supports for our healthy life. Korean church supports immigrants to become adapted to the U.S. […] The most important thing is to understand the culture of America and social system.

** Meanwhile, Bluestem Prairie’s Sally Jo Sorensen reports on a visit from a well-known member of the California Minutemen, one of the groups that patrol the border trying to keep out immigrants, blaming them for “taking revenue from the community, schools, and causing crime.”

** Ibraham Hirsi at EngageMN reports on the beginning of Ramadan in the Twin Cities, interviewing a few folks from the local Muslim community about what the holy month means to them:

Mukhtar was quick to say that it’s an exciting time for Muslims everywhere to see this month. “It’s a blessing to be able to live this month,” he said. “It’s a month of forgiveness, humility, humbleness, charity and reflection.” 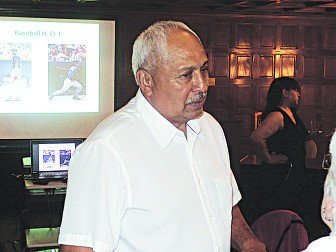 ** Charles Hallman at the Spokesman-Recorder covers the history of the Oxford Playground with stories from Frank White [pictured] and Billy Peterson, who have seen a lot of kids grow up there.

** The Alley News brings us the latest on another city rec center, the Phillips Aquatic Center, which was just supported by the Minneapolis Park Board.

** And finally, also from The Alley, the story of Felicia Wesaw and her “fairy garden [of] sweet grass” on Franklin Avenue. Appreciate this small moment of beauty with new eyes as you walk the streets of Minneapolis this summer. 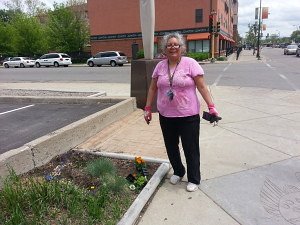