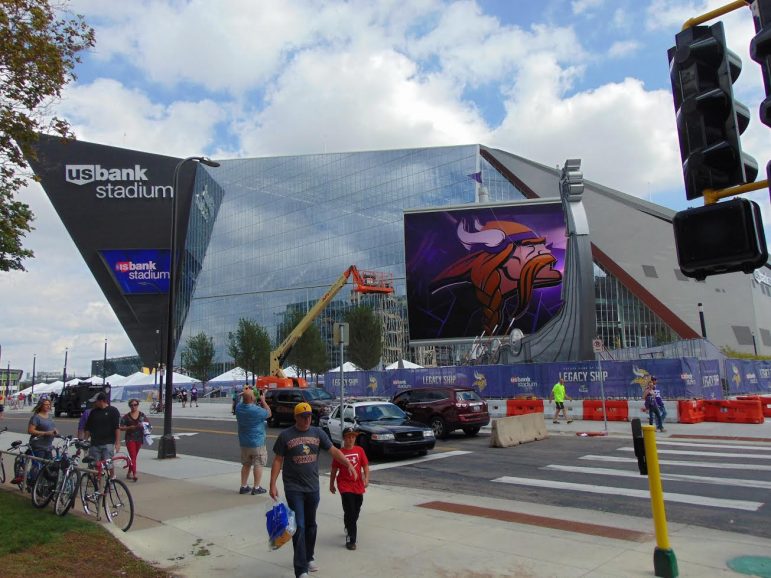 Vikings stadium payoff: What’s the return on our investment so far?

Charles Hallman from the Minnesota Spokesman-Recorder published part one of a three-part series examining the impact of the Minnesota Vikings’ new US Bank Stadium. In this first installment, Hallman explores how some good things have come out of the construction, including minority hiring goals that were met.

“When we talk about brothers and sisters of color having the opportunity to work, we need partners in ensuring they have [the] opportunity to work on public projects, making sure contractors play ball, but also for the private jobs where they don’t have specific [hiring] goals for minority and women participation. It’s a comprehensive responsibility,” said Minnesota Sports Facilities Authority Equity Director Alex Tuttle.

Ruling supports united faculty union at U of M 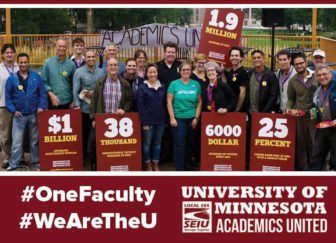 On Tuesday, Barb Kucera at Workday Minnesota reported that a ruling by the state Bureau of Mediation Services affirmed that 1,500 tenure-track and 1,000 contingent faculty at the University of Minnesota should be in one bargaining unit.

Supporters of MN Academics United, an affiliate of Service Employees International Union Local 284, had sought to keep the groups together. The move sets the stage for a union election later this fall, organizers said. No date has been set yet.

Learn about the victory and the ruling here.

Over at The Column, Andy Birkey writes how Minnesota is featured prominently in a video campaign led by anti-LGBTQ organizations discussing bathroom rights. In the video, two women talk about how the school they sent their children to didn’t “ask them first” before making steps to be inclusive of transgender and gender nonconforming youth.

In the video released last week, the mothers in the video spoke of a “gender confused student.”

“This is a battle for our children’s innocence… It’s a battle that I think is worth fighting and I will continue it for other people’s children,” said the mother identified as Emily.

Read the full coverage and see the video over at The Column.