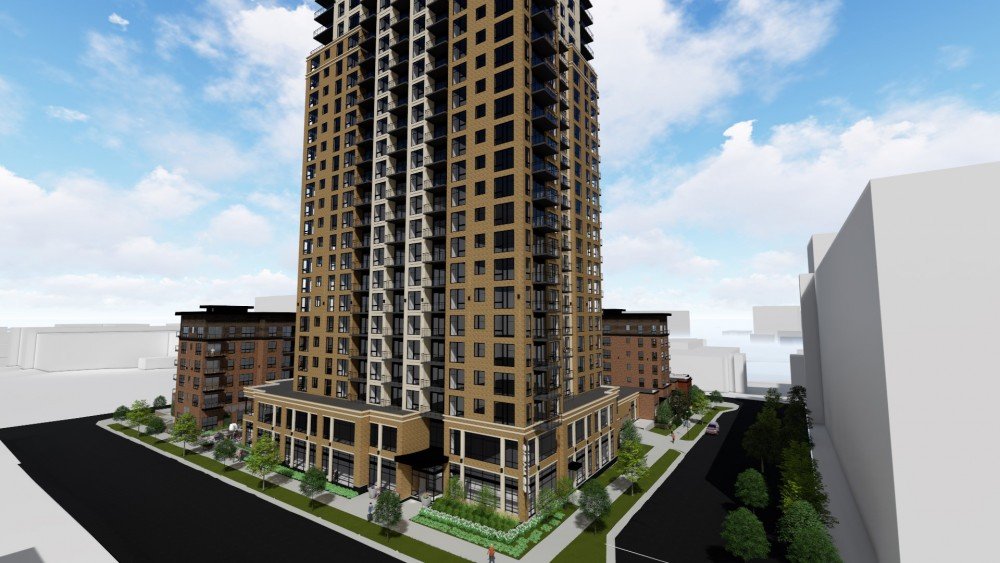 Doran Companies and CSM Corporation will present plans for a 25-story apartment tower in Marcy Holmes at a Heritage Preservation Commission meeting in October.

The Minnesota Daily reported on an incoming 374-unit apartment complex soon to be built Minneapolis’ Marcy-Holmes neighborhood in 2018.

The large facility will be 25 stories tall. Marcy-Holmes residents and students alike share concerns about the development.

MSA wants 15 to 20 percent of the apartment units made affordable for students — priced around $1000 per month.

Cassandra Snow from The Column brings us this Q&A on up-and-coming artist Trung Le Nguyen, also known as Trungles, a local illustrator.

I’m a queer Asian American immigrant and refugee. I’ve been existing in a liminal space. While certainly, the world is changing and becoming more dangerous for many people from marginalized or historically aggrieved backgrounds, none of the bigoted attitudes or the systems that cultivate them are new. Exploring who tells which stories and why is my way of making sense of those systems. It’s still pertinent.

Learn more about Trung Le Nguyen and see their art at The Column.

In the September issue, Anne Omer with ThreeSixty Journalism reports on the groundbreaking community work being done in South Minneapolis at the Gandhi Mahal Interfaith Garden.

Half the fruits and vegetables grown in the garden during growing season are used to create traditional South Asian dishes at the nearby Gandhi Mahal Restaurant. The rest of the produce is used by First Nations Kitchen to prepare free weekly meals for members of the community, including some who are homeless.

“The most basic thing in life is food,” said The Rev. Canon Robert Two Bulls, the founder of First Nations Kitchen. “The people we work with at First Nations Kitchen are living on the margins of society, the very people that most folks in America have a disdain for because of preconceived notions of how folks got to where they’re at.

Read about the garden and the communities it serves at ThreeSixty.