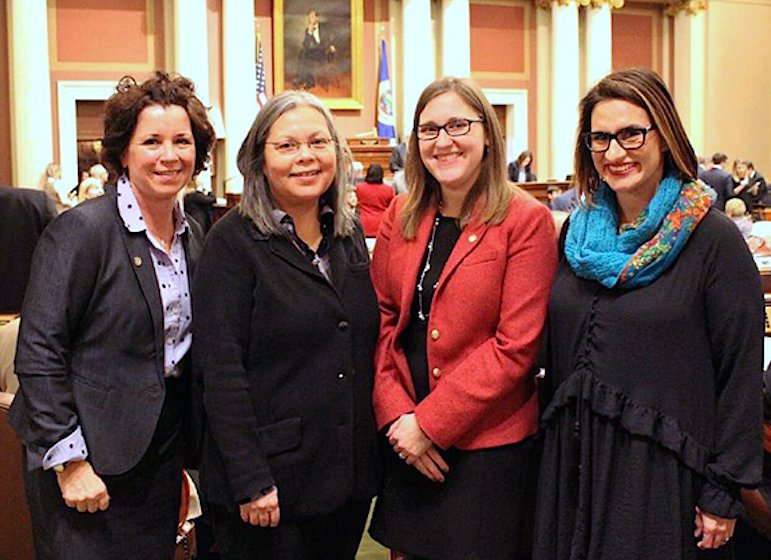 Together the group, who are also part of the larger People of Color and Indigenous (POCI) Caucus, have championed key equity legislation during the 2017 session.

“It is hard for me to imagine doing this job without the Native Caucus and the POCI caucus,” said new House member Becker-Finn. “I think there is strength in numbers, but it also gave me strength as an individual to look across the House floor and see Representative Flanagan and know that I was not alone in what I was fighting for.”

Read more from The Circle News.

Navigating the 2017 Minnesota Fringe Festival as a queer person

Cassandra Snow from The Column brings us this detailed review on how the LGBTQIA community can get the most out of the Twin Cities’ annual independent theater festival this year. From shows you should miss and shows that you must-see, this comprehensive guide has step-by-step recommendations to get the most out of the Festival’s 167 shows.

Check out the full guide at The Column.

In 1988, former St. Paul mayor George Latimer sealed an official tie with a city on the other side of the globe: Changsha, China – the ancestral home of the Hmong community.

Come 2018, the two cities will renew their partnership with ceremonial gift-giving by exchanging statues that will appear in parks in both cities.

“It is only fitting that this gift exchange culminates with the approaching 30th anniversary of our Sister-City relationship,” said Chris Coleman, mayor of St. Paul. “The garden will honor our bond as international partners and connect the Minnesota Hmong and Hmong ancestral home of Changsha, China. This gift exchange will be a symbol of our global community ties for generations to come.”