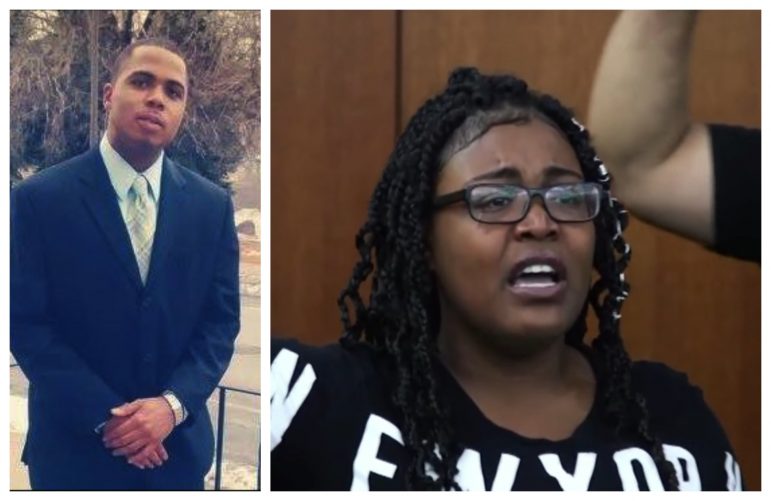 On July 30, Hennepin County Attorney Mike Freeman announced his decision to not file charges against MPD officers Ryan Kelly and Justin Schmidt. The two officers shot and killed Thurman Blevins during a police investigation on June 23 in the Camden neighborhood. Community members gathered and spoke out in response to the County Attorney’s decision.

“This Thurman Blevins case did not happen in a vacuum, it happened as part of a history of corruption at the hands of the Minneapolis Police Department,” said civil rights attorney and activist Nekima Levy-Armstrong, adding, “It is not an isolated incident — it is part of a pattern that shows [the MPD] diminish the lives of Black residents in Minneapolis.”

In July, police arrested four black teens (aged 13, 13, 14 and 16) at Minnehaha Park in response to a 911 call claiming that the teens were holding sticks and knives and threatening gun violence. Police pointed weapons at the boys, arrested them, and they were later released and did not spend the night in jail. The Park Board and police have requested an independent investigation by two law firms in order to determine whether or not police followed procedure.

“The Minneapolis parks are and should be a safe place for everyone regardless of what corner of the city they live in, what their backgrounds are and their ages. They all deserve the right and expectation to feel safe,” said Park Board President Brad Bourn.

“I was scared. I thought that would be my last day in this world,” said Abdijabar Ahmed, 13, one of the teens arrested.

In the Frogtown neighborhood of Saint Paul, Frogtown Farm has started a new workshare program to teach residents agricultural skills and provide them with healthy food every week. The farm was founded to preserve 13 acres of green space and protect the area from developers, as well as seeking to improve access to healthy food in an area with health and economic disparities for communities of color.

“In the new work program, 15 people, including Escriva, each agreed to spend 20 hours over the course of the season helping out on the farm. In exchange, they can pick any five things from the market every week. Reserved for the farm’s closest neighbors – those living in Hamline-Midway, Frogtown or Rondo – the workshare program uses the same volunteers all summer, teaching them skills and relying on their contributions, with the hope that, sometime in the future, the farm will have a pool of people from which they could hire staff,” said farm manager Iman Mefleh.