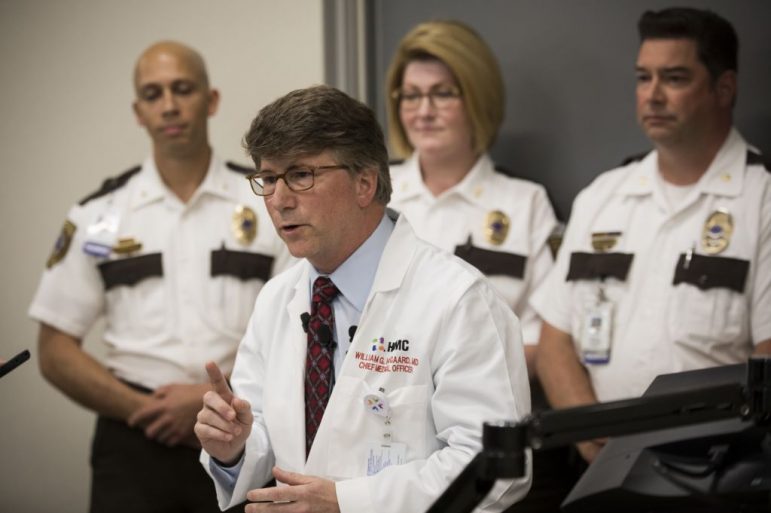 A new report indicates that the Minneapolis Police Department (MPD) has encouraged Emergency Medical Services (EMS) to use ketamine to sedate suspects, even in cases when the individual was already restrained and in cases when there was no evidence of any crime committed. The report states that the use of ketamine on those arrested has increased from three usages in 2012 to 67 in 2017. Ketamine is a powerful sedative drug that creates a trance-like state as well as inducing hallucinations and memory loss.

“I would say fairly comfortably based on conversations I’ve had with folks [that] it is Black folks who are ‘noncompliant,’ that are being affected the most,” said Ward 4 Councilmember Phillipe Cunningham. “That’s frustrating.”

Read more at The Spokesman-Recorder.

Since May 14, police have arrested 52 protesters from MN Poor People’s Campaign

Launched in mid-May, the Minnesota Poor People’s Campaign has organized a series of rallies outside Minneapolis City Hall, protesting the abuses of the MPD against people of color and people in low-income neighborhoods. In response to the recent fatal shooting of Thurman Blevins by two officers, community members gathered in the office of Mayor Frey on Monday June 18 to demand that he put a moratorium on any increases to the police budget. At that demonstration, police arrested six protesters.

Get more details at Insight News.

Following the Supreme Court’s decision to uphold the president’s executive order suspending travel into the U.S. from seven predominantly Muslim countries, Muslim community members in the Twin Cities gathered to voice their dissent. The Twin Cities are home to the largest population of Somalis outside of Somalia, and the travel ban affects many of these Minnesotans’ ability to reunite with family members.

“This was supposed to be the land of the free,” said Amina Sharif, a senior at the University of St. Thomas. “But this kind of decision makes you believe that people who look like us don’t really belong here.”