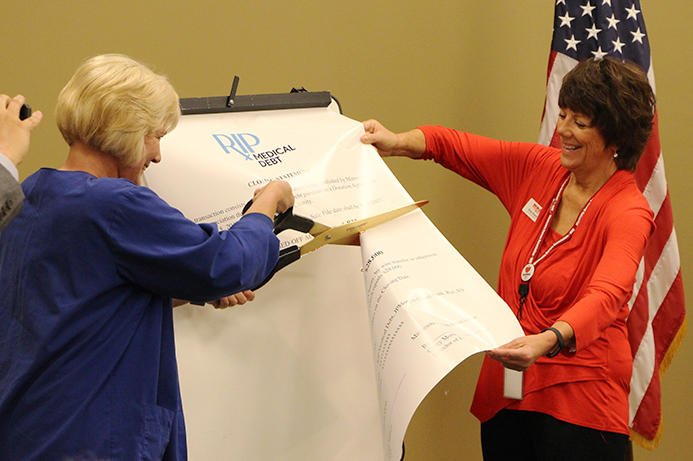 Workday Minnesota brings us the story of how the Minnesota Nurses Association bought and forgave $2.6 million in medical debt for 1,800 Minnesota families.

The MNA worked with New York-based nonprofit RIP Medical Debt to target Minnesota patients and paid $28,000. Like a collection agency, the organization buys medical debt at a fraction of its value. Rather than aggressively pursuing the debt it purchased, MNA immediately forgave it.

“Nurses are happy to allow these families to be free of their debt,” MNA President Mary Turner said. “They’ve had this medical debt hanging over their heads for two years or more.  It’s cost them their credit, pushed them toward bankruptcy and hurt them in so many ways.”

Read the whole story over at Workday Minnesota.

Community reacts to not guilty verdict in Yanez trial

Charles Hallman with the Minnesota Spokesman-Recorder spoke with several Black leaders and residents in the Twin Cities community and to hear their reactions, frustrations and analyses of the not guilty verdict in the case against Jeronimo Yanez.

“I think the clergy this time…this is not about peace today,” stated Bishop Richard Howell. “It is about crying out for justice. I think the community wants us to calm the community — that’s not our agenda right now. Our number one agenda now is let everyone know that the system once again failed. This man was shot seven times but what purpose was he shot seven times? Then they are going to let this cop go free.”

Read all the reactions at MSR News Online.

After the Minnesota Legislature slashed spending for the U during the 2017 legislative session, the university’s finalized budget means sharp increases for college students, especially those from out-of-state, reports Neha Panigrahy of the Minnesota Daily.

“I believe we have a reached a compromise that will sit with everyone,” said University President Eric Kaler at the meeting.

Even with the tuition hikes, the U also had to make cuts throughout several departments, which will likely result in lay-offs. Get all the details at the Minnesota Daily.